How to get free tanks in World of Tanks 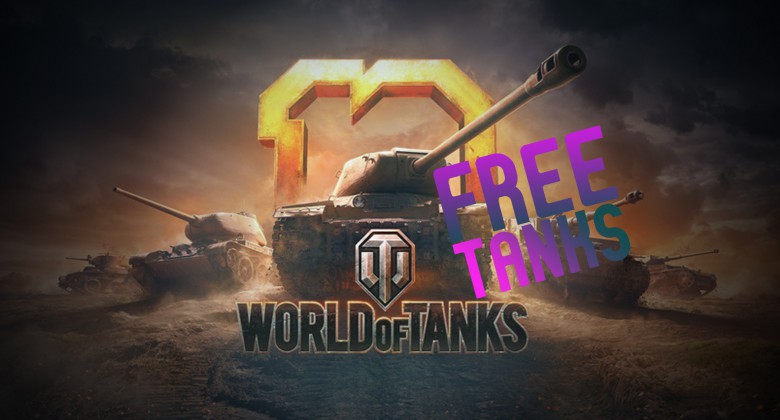 World of Tanks (or WoT for those in the know) is a massively multiplayer online game that features mid-20th century (from the 1930s-1960s) combat vehicles. You, as the player, are in charge of a single armored tank of your choice, and you are then plunged into a battle on a random map. You can control the tank’s movement, firing and can also communicate with allied players.

There are six different battle types that you can get stuck in to – random battles, team-training battles, tank-company battles, team battles, stronghold battles, and special battles. And depending on which battle you choose, you’ll also have to select your choice from over 600 different armored vehicles. If you want to step it up a level, you can fork out for Premium and have access to some of the best tanks in the game. But for some players, a Premium tank is a bit of an investment that they may not enjoy to the fullest. Luckily, there are a few ways that you can get access to free tanks in World of Tanks.

Usually, you can only get your hands on the desirable premium tanks by signing up to Premium or spending your hard-earned gold on them. For some keen players, this isn’t too much of a bother. But for others, who might not want to fork out too much for the pleasure of having one of the more powerful tanks in the game, it’s not ideal! There are, however, a few different ways of getting free tanks in World of Tanks. You may have to take out a bit of extra time and effort to get these free tanks. For the players who are looking to save their money but keep on playing using some of the better tanks, and to participate in events and become an active part of the community, read on to find out the methods of getting free tanks in World of Tanks.

One of the easiest and reliable ways of getting free tanks in World of Tanks is to get involved with the TankRewards events that happen each month. TankRewards offers up in-game missions that can be completed a certain amount of times. Each time you complete the mission, you’ll get a TankReward point. When the event is over, you can trade your TankRewards for prizes, which include free tanks. If you earn enough points over time, you can save up for one of the tanks that players have been begging to have reintroduced – the legendary E25.

Another avenue to get your hands on some free tanks in World of Tanks is the ‘On Track’ events. These are two-week events that highlight certain tanks (like the best German tank lines). Any tank line featured in these events receives discounts, which allows players to get their hands on these tanks with ease. There are also missions linked to these events, and if you complete one of them up to ten times, you will get your hands on a free tank!

Another way of getting free tanks in World of Tanks is by using an Invite Code. Unfortunately, this doesn’t apply to players who already have an account, but if you wanted to get some of your friends involved in the wonderful World of Tanks, then this is a great induction! Simply send over an Invite Code to any friend who might want to get involved, and they’ll be able to unlock a free Premium tank.

This method of getting free tanks in World of Tanks is a little bit more based around luck. Sometimes, World of Tanks live streamers will give viewers a chance to win Premium tanks – Larryn from TankWarRoom gives away free tanks in World of Tanks during nearly every live stream, for instance! Another livestreamer called Trobsmonkey has also been observed giving out Gold membership during some of his broadcasts too! So if you’re really lucky, you may just get a free tank from one of the professionals. Sometimes on the Wargaming Twitch channel, you can find out about special events and other things too – but bear in mind that there could be much more competition here!

Throughout the year, there are all sorts of different events that take place, where you can get free tanks. The Christmas event is a good example of a special event where you were able to get free tanks – if you collected all the Christmas tree and tank ornaments dotted around the map, that is!

So there are a few different ways you can get free tanks in World of Tanks. Some of them might take a little bit longer to get sorted out, but at the end of the day, a free tank is a free tank! If you’ve got an urge to sign up for World of Tanks, free tanks are worth keeping in mind.