How to play World of Warships 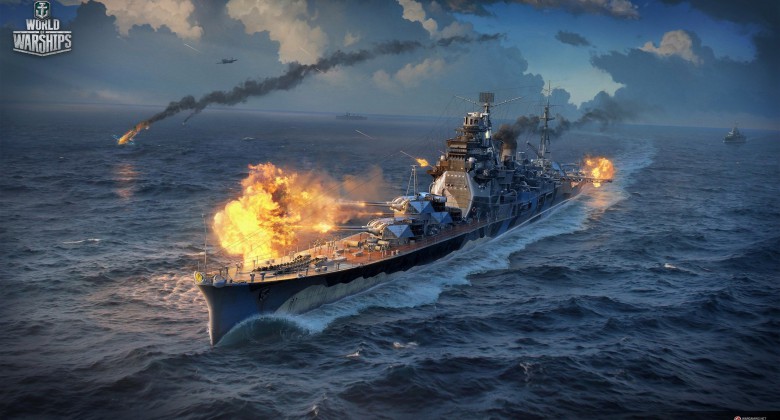 Joining the ranks of World of Tanks and World of Warplanes, World of Warships takes to the seas, allowing the players to command their own sea craft. Originally released back in 2017 by the developers Wargaming, you’re able to play as any sea-faring craft that dates from the early 20th century. But when you’re faced with a wide choice of nations (you can choose from the United States Navy, the Imperial Japanese Navy, the Imperial German Navy, the Imperial Russian Navy, the Italian Regia Marina, the French Marine Nationale, the Royal Navy and a small clutch of commonwealth and pan-European navies like Sweden), as well as a wide range of types of ship to choose from (Destroyers, Cruisers, Battleships, Aircraft Carriers and Submarines), it can seem overwhelming. Don’t worry though! Read on to find out how to play World of Warships.

So obviously the first thing to do is create a Wargaming account and download World of Warships. You are the ‘fleet commander’ now, and you’ll have all sorts of things at your fingertips. You’ll have your own ‘Port’ that will have your various battleships ready to go – of course once you start, you’ll not have a wide range of ships to choose from!  Once you’ve done this, it’s time to get into the nitty gritty of the game.

The ships from the USA have the highest firing rate, the strongest defensive capabilities and the best smoke screen. Sounds like a pretty good all-rounder, right? The US ships have one of the slowest bullet speeds in the game, meaning it can take a bit of time for bullets to hit the target.

Once the scourge of the ocean, and known across the world for their prowess, the Imperial Japanese Navy are unfortunately quite weak defensively. They more than make up for this with powerful torpedoes and the best camouflage in the game though.

The ships from the USSR (or Imperial Russian Navy, depending on which time period you choose) have phenomenal fire power and the highest bullet speed in the game, but are really let down by their camouflage and torpedo power.

German ships are pretty good all-rounders in World of Warships. Their ships have excellent firing power on the whole, but compared to the other nations, their armor is much weaker.

How to play World of Warships