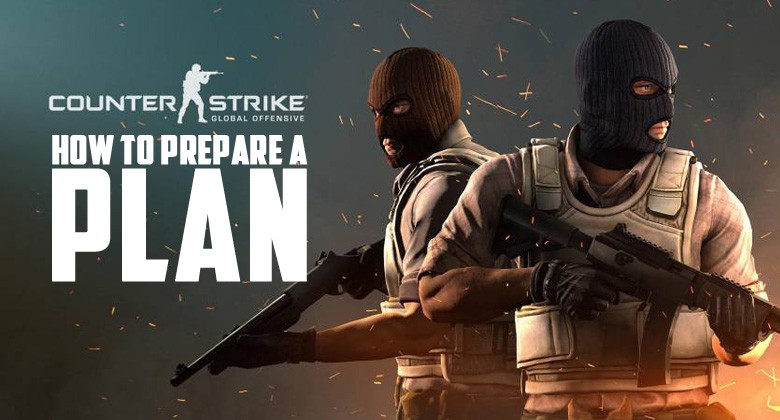 Counter-Strike: Global Offensive (CS:GO) launched back in 2012 as the fourth instalment in the highly popular Counter-Strike series. Initially released as a mod for the renowned Half-Life series, CS has gone on to become one of the world’s most-played online shooters. With that popularity has come a whole e-sports community, with big money on the line. However, even among casual players, the game is enjoyed as a fun yet challenging title. As such, many people want to know how to prepare as CS:GO game plan. We take a look at everything you should consider when prepping for games.

Before you can get to the point where you’re going to come up with a game plan for your team, you need to get the basics of the game mastered. Of course, it sounds like a simple process. Figure out how to shoot and move and you’re good to go, right? Unfortunately it’s not that simple.

CS:GO differs from a lot of other online first-person shooters. One of the big differences comes down to aiming. Aside from with sniper rifles, most guns don’t fire down the sights as standard. With other FPS titles, the instinct is to right click to sight and left click to fire. With CS:GO, hip-firing works best.

However, it’s not a process that’s as straightforward as hovering your crosshairs and left clicking. Your movement and weapon will determine how accurate your shots are. So, spend time getting used to how each weapon recoils, and how you need to adjust for this to get your shots on-target.

Most FPS titles these days rely on fast and frantic combat. CS:GO isn’t mundane by any means, but there is quite a big difference. With games like Apex Legends and Fortnite, many players charge around firing off rounds. With CS:GO doing that will mean bullets could go anywhere (except where you want them).

When you’re facing an enemy in CS:GO, you’ll want to briefly stop moving in order to fire. Doing so makes it far easier to control your shots and recoil. Bear in mind that your reactions will have to be quick, so you’ll want to spend time practicing stopping, firing at a target, and moving out of the way.

It’s going to take a while before you master the aiming and movement elements and how they combine. Luckily, you can do so in game, as well as in several maps that help. One map, in particular, helps you see the recoil pattern of all the weapons. Check out the Spray Control map.

You’ll want to practice with all of the game’s core weapons either in Spray Control or in matches with bots. Make sure to get used to how the basic pistol, M4A1, AK-47 rifles, and AWP sniper rifle perform.

So, those are the basics that you’ll need to get to grips with before you can start. Once you have them down, you need to know how to prepare a CS:GO game plan. Again, there are several elements that go into this process:

Your default setups for each team need some thought. You’ll want to make sure all of your team members know the weapons and armour they should buy and equip when the match starts. Know which equipment will give you an advantage, and how to quickly buy and equip it when the game commences.

Within your team, you’ll have players that specialize in certain roles. It’s important that these are defined before the match begins, and that each player understands what they’re doing. Otherwise, everyone runs off in their own direction and gets taken out.

For different scenarios you encounter, you should have different game plans. Whether it’s clearing an area with a well-timed grenade combo or a feint rush to a site, you need to practice timings and get the execution down.

There are several tools you can utilize to make your planning sessions much easier. As well as using chat servers like Discord where you can share thoughts and ideas, tools such as CSGO Board let you draw out your game plans for the team to see.

So, that’s the basics of how to prepare a CS:GO game plan. However, there are some additional pointers to consider too:

This is one of the most important aspects. Unless you spend the necessary time practicing as a team, all your hard work planning will go to waste.

There’s no better way of learning new tactics and techniques than watching the best players in the world compete. Whether you tune into tournaments or watch individual players on Twitch, you should study how they approach each game.

Different maps have different approaches, choke points, and relevant tactics. Spend some time brushing up on how each map is laid out, and how different teams and players approach these different scenarios.