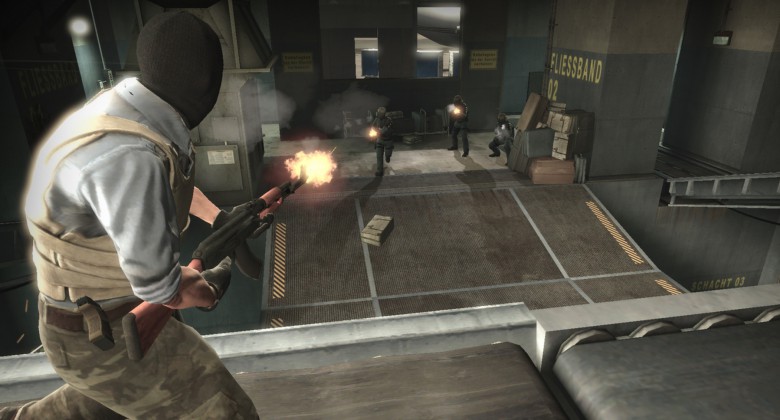 Counter Strike: Global Offensive is a multiplayer first-person shooter that was released back in 2012 and it quickly went on to be one of the most popular and widely-played online shooters. It’s become so popular, in fact, that there are professional contests organized, with prize money sometimes reaching $1,000,000. However, you can also enjoy the game for what it is - a fun, occasionally challenging, first-person shooter! To get the most out of the game, it’s worth swatting up on some CS:GO tactics. Read on to find out our top tips for prepping a CS:GO game plan.

It’s worth becoming familiar with the ins and outs of the game before you charge in and prepare a CS:GO game plan. You might expect the basics of the game to be exactly that - basic. However there’s slightly more to understand than you think. Here’s a few bits and pieces to put you in good stead for your CS:GO tactics.

Now you might be thinking that this is self-explanatory. Point the gun and squeeze the trigger, right? If you haven’t played a Counter Strike game before, you’re going to be unfamiliar with how it all works. One of the big ones that people think they can do is the old ‘run and gun’ like in Call of Duty. In CS:GO, you get much more accuracy if you stop and shoot. It may seem like a bit of a faff at first, but you soon get into the practice of stopping, shooting and starting again.

Unlike other FPS, your bullets won’t move in the same direction as wherever your crosshairs are pointing - they’ll actually move with the recoil of the gun. So if you’re new to the game, a top CS:GO tactic is to practice burst fire, just shooting a few bullets at a time, so you can keep the recoil low. Another top tip is when you are ‘spraying’ (holding the trigger down), keep your aim down to compensate for the recoil.

Mastering these elements can take a bit of time, so it’s important to get some practice in before formulating your CS:GO game plan. Luckily, you’re able to hone your skills in the game itself, and there are even a few maps available for practicing in. These include the Spray Control map, that lets you see the recoil pattern for your weapons, and any map that features bots, which is a great way to practice the stop-shoot-start method.

So those are some very basic starting points to get you ready for working out some CS:GO tactics. Once you’ve got to grips with them, you’ll be ready to prepare a CS:GO game plan. There are a few different things that go into this process:

Before the match starts, you need to brief your team on the weapons and the armour they should get. This particular CS:GO tactic is a really good one to act on as you will have an advantage if everyone knows exactly what they are buying and equipping when the game starts. So make sure everyone knows what to get and you can hit the ground running.

When discussing the equipment your team is getting, it’s the perfect time to see what roles you can all take up. This is a great tactic as instead of all of you just charging off in different directions, you can really consider a concise battle plan. Plus, some of your teammates may have specialist skills, so you’d definitely want them to focus their energies on those!

Once you’ve sorted out your team’s roles and equipment, it can be useful to think about some different game plans. As you’re going to be charging into different scenarios, knowing what team member could do what and when could mark the difference between victory and defeat.

There are lots of different maps in the game, and a top CS:GO tactic is to learn how each of these maps are laid out. Different maps have different approaches as well as different tactics that you can use, so it is well worth your while learning the basics of the maps.

There’s plenty of tips online to help you formulate the best CS:GO game plan, from videos made by the professionals, to forum posts and chat boards. There’s also a great resource called the CSGO Board, and this handy site actually lets you draw out your CS:GO game plan, marking where your team members are going to be and how you’re going to approach your match.

Following the advice in this article, you’re sure to be able to successfully prepare for your CS:GO game plan. It’s really important to make sure you practice, both as a team and individually. This is undoubtedly the best way to know how you will work together as a team, and know what each of you are doing.