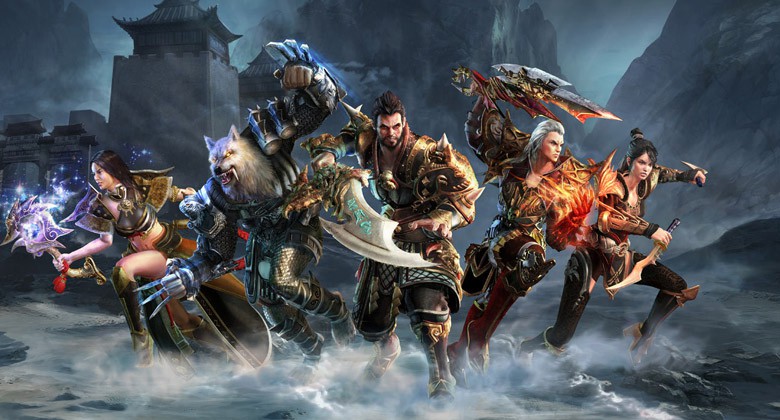 In a digital-crazed world, there are more games than we have time to play. From Xbox to GameCube (remember them?!), the variety of consoles and games for those consoles is almost limitless. In this article, we’re going to have a look at Metin2. A massively multiplayer online role-playing game originally released back in 2004, Metin2 attracts thousands of players from all over the world. With combat being largely based on the ‘hack and slash’, players earn experience points when you either kill enemies or complete missions from the variety of Non-Playable Characters (NPCs) in the game.

With many different maps, monsters, armor options, weapons and accessories, Metin2 is incredibly involved and detailed - so much so that some players have even adopted pets or use specific animals as mounts! There’s also an in-game currency, used to purchase items from NPCs, trade with other players, or spend in shops. These items you can pick up also influence Grade Points, which are used for a special kind of rank that varies from Cruel to Chivalrous. On top of all of this, there are also several different character classes, each of which have different sets of skills they can use and which can also be upgraded. Read on for a handy guide to the Metin2 classes.

In Metin2, there are five different classes - which are also different kinds of characters. These are Warriors, Ninjas, Suras, Shamans, and Lycans. Each of these classes is different, and they all have different skills, which can also be upgraded. You can choose which Metin2 class you join when you sign up to the game, depending on your own personal preference or what you want to get from the game. So here’s our Metin2 Classes guide.

The Warrior class is primarily for close-combat high-damage fighting. They are able to wield either a single higher-speed sword or a higher damage two-handed sword. Warriors are also split into two different classes themselves - Mental and Body. Each of these classes has its own unique skills which enhance whichever class you’ve decided upon. On the whole, Mental Warriors specialize in high defense, and Body Warriors specialize in high power and speed.

Ninjas are professional killers that have the ability to attack silently from right behind you or from far away at any time. So quite a lethal class! Again, Ninjas are split into two separate classes - Blade-Fight and Archery. Depending on the specialization, Ninjas are able to deal with daggers in close combat or use bows and arrows in long-range attacks. And the same with Warriors, each separate class within the Ninja class has its own unique set of skills that enhance this specialty.

The Sura Class is a class of fighters who have some magical powers after they let the devil plant his seed in their arm. There are two different class divides for the Sura. They are Weaponry and Black Magic. The Weaponry Sura Class are able to attack with great power at close range with a sword, whereas the Black Magic Sura Class damage the enemy at a distance using their magic. There are also specific skills for each class that enhance these different specialties.

The Shaman Class is a group that is blessed with wisdom after long and intensive studies. They primarily use magic and conjure spells when in battle, and their mystical skills not only help them fight, but they also support their fighting partners. This is also dependent on the sub-class of Shaman, as you can choose between Dragon and Healing. Shamans can increase the damage of attacks or upgrade healing and support spells to their allies. The sub-class of Shaman also has specialties that promote the skills they possess.

Lycans are a slightly different class out of all the Metin2 Classes. Lycans are formidable creatures who were once humans but were then infected with an incurable virus that turned them into terrifying wolf-like beasts. Over time, the original human form is completely lost, and they transform into these monsters. They are exceptional close combat fighters, owing to their unbridled power and heightened, wolf-like instincts, and they are also utterly fearless in battle, often being found right on the front-lines. Because they are quite a different class to the other Metin2 classes we’re discussing here, they don’t have any sub-classes.

So there’s a rough guide to the Metin2 Classes. As you can see, there are a few different classes to choose from in Metin2, with the basic outlines of each class laid out in this guide. It’s all down to you as to which sub-class you choose to go with, as on the whole, it’s split into whether you are a close-combat player or a long-range player. As you progress in the game, you have the chance to upgrade your characters’ skillset, thus improving your standing in the game and making your class and character even more formidable.