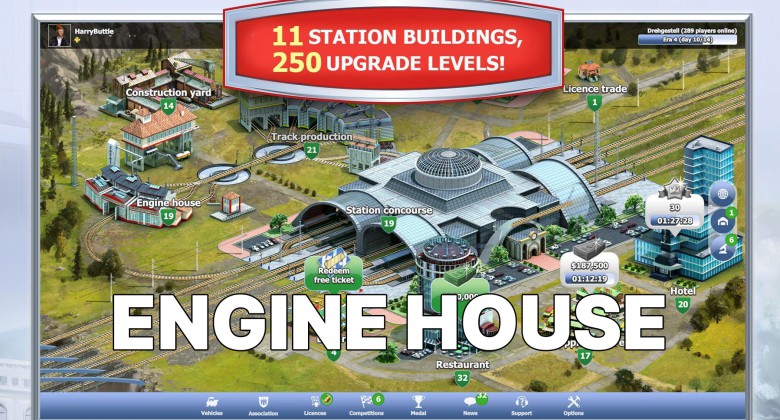 In a world of thousands and thousands of games, it can be super tricky to figure out just what to play! Every genre is covered by games nowadays, and when it comes to trains and railways, there’s only one game for you.

Rail Nation is the perfect game for anyone who has ever wanted to own their own railway system. In the game, you have to create and manage a huge rail network. Rail Nation has been around since 2013 and has millions of players, providing all interested strategy gamers and railway enthusiasts with the chance to operate their own network.

The main aim of the game is to collect as many Prestige Points as possible. These contribute to your eventual success in the game, so it’s a good idea to work out exactly how to get these points as abundantly and as quickly as possible. There are lots of ways of getting them, from running goods and investing in industries to competing in different competitions.

There are six ‘era’ in the game, each lasting for 14 days in real-time, and fifty different cities to choose from. When you first sign up, you have to create your own avatar and also choose which city you want to start off in. It’s worth going for the city with the least amount of players in, so you have more chances to really prove yourself in the game. You’ll then go through a tutorial which will lay out the basic gameplay (and will also reward you with some of those all-important Prestige Points!) and then you’ll be ready to go. You may think that you start off with just a station - this isn’t the case, however.

There are eleven distinct buildings in Rail Nation, in addition to your station. These are Licence Trade, Bank, Construction Yard, Track Production, Laboratory, Station Concourse, Hotel, Restaurant, Shopping Centre, Lottery, and Engine House. These buildings are all really important in the game, as each of them contributes to the upkeep and technological advances necessary in the game to become a rail mogul and take over the whole network! The buildings all produce Prestige Points, with the more upgraded buildings supplying more points. One of the most important buildings in the game is the Engine House, so we’re going to take a look at the all-important Rail Nation Engine House.

Here’s a handy table that will tell you the maximum number of engines per era, along with upgrade cost and time, and the amount of Prestige Points you can earn.

The era’s go up to six, but for now, this should give you a good indication of the timings and prices for upgrading your Rail Nation Engine House. The maximum number of engines you can own in era six is 25, and the times for upgrading don’t get longer than 24 hours.

So there’s some useful information regarding the Rail Nation Engine House, one of the most important and useful buildings in the game. As you can see in the table above, the Prestige Points that the Engine House generates are pretty good, so it’s definitely a building you should really consider keeping upgraded at all times.