Rail Nation Cheats and Hacks – Everything You Need to Know 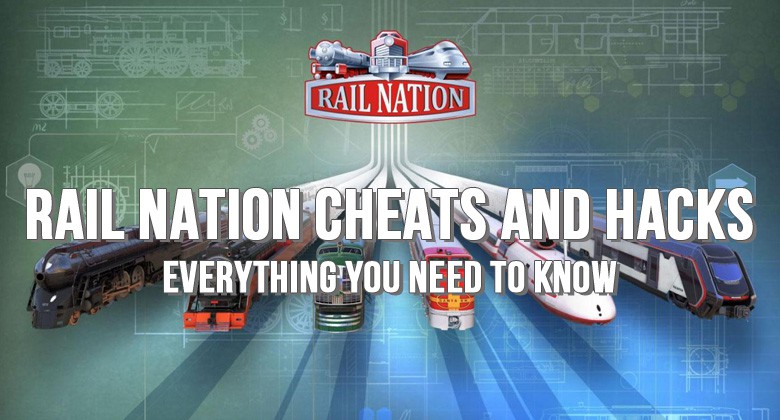 Browser games have grown in popularity of late. Due to faster internet speeds, more complex browsers, and easy to access development tools, there has been in surge in the number and quality of the games. One such title is Rail Nation, launched by Travian Games in 2013. It’s been so popular that in 2017, the company launched iOS and Android versions of the game. Due to its multiplayer nature, some gamers look to get an edge over their competitors. For some, this means spending time and money on the game, for others, it’s searching for Rail Nation cheats and hacks.

What is Rail Nation?

Rail Nation is a massively multiplayer online game. It sees players take on the task of building their very own railway company, capable of delivering goods to other cities and companies. By cooperating with other players, you can build huge networks that span across the map. However, the ultimate goal is to earn as many prestige points as possible and win the final within your own city.

So far, the game has been translated into 19 different languages, with more than 3 million players being registered by 2016. There are 50 cities on the map, along with over 1,000 different companies to choose from. You must build tracks for your rail network to link together cities with other parts of the terrain. You can then transport passengers or freight, gaining premiums for each.

It’s a game that takes place over a long time. There are six epochs in each round, and each of these lasts around 14 days. In total, one round of the game can last around three months. During this time, players compete to upgrade their trains and stations, before a final match among the top ten cities of that round. There are some servers that reduce the epoch time to seven days, halving the game time.

Although Rail Nation is free to play, there are some elements of the game that can realistically only be accessed by using the in-game currency. The easiest way to earn this currency is to purchase it with real money in the game’s shop. Of course, not every player is in the position to pay this, which is why there’s a demand for Rail Nation hacks.

Of course, the other way to earn premium currency is to spend lots of time playing the game and unlocking it. Again, not everyone wants to put in this time. It can be frustrating for new players to compete with the pros, as the gap in resources seems huge. Instead, some gamers turn to Rail Nation cheats.

Rail Nation – What Kind of Cheats?

There are several ways that players wish to access cheats and hacks in the game. We’ve outlined these examples below:

Rail Nation Cheat Codes. These are codes that you’re supposed to enter into the game. People who advertise these codes claim that they will give you a certain number of free resources, including gold, coins and prestige. They require you to access the game’s console code to enter them.

Rail Nation Hacks. These are more sophisticated tools. They’re programmes that run underneath the game that let the player manipulate certain aspects of the game, including accessing gold, prestige, and coins. You’ll often have to download them and run them in the background.

Rail Nation Bots. One way of reducing the time you physically have to spend in the game is to use a bot. With these, certain tasks are automated by a script, meaning you can progress through the game without playing it.

Where to Get Rail Nation Cheats and Hacks

A quick internet search for terms such as ‘Rail Nation cheats’ will give you tons of different websites. However, very few of them are actually legitimate. There are some that claim to have codes for free gold, for example. Often, these codes won’t work, but they’ll also link to other sites/software that ‘definitely’ work. Be warned that these are scams.

Similarly, you’ll find that certain websites ask you to download hacks that will help you cheat the game. Again, these aren’t to be trusted. More often than not, the software you download will be bogus and probably full of viruses and malware.

In many instances, these websites will ask you to hand over your account details or personal info. This is just a ruse to try and steal your data, so don’t fall for it.

Should You Use Rail Nation Hacks?

Even if you do find cheats and hacks for Rail Nation, you may be asking yourself whether you should use them. Well, we definitely don’t recommend that you do. There are several reasons for this:

You’re cheating other players. Most players just want to have fun and enjoy the game. By cheating, you’re robbing them of this chance. The whole point of the game is that players are on an even footing.

You’re destroying the community. The majority of gamers want to be part of an honest and supportive community. By using hacks, other players will abandon the game that they see as unfair.

You might get banned. Many games have anti-cheat measure in place. Although certain websites claim that their ‘hacks’ are undetectable, that’s rarely the case. If you’re caught cheating, your account will be banned.

You might compromise your device. By downloading software from untrustworthy sources, you’re putting your device at risk. Whether it’s your phone or PC, your data could easily be stolen or corrupted by malicious software claiming to be a hack.

It’s clear to see why some gamers want to hack Rail Nation. They may feel it’s unfair that it’s effectively pay-to-win. Alternatively, they may not have the time to dedicate to getting good at the game. However, it’s not a strategy you should take.

As we’ve seen cheats can be destructive to both the cheater and other gamers. If you don’t want to lose your account or your data, you’re better of playing the game as it’s intended!