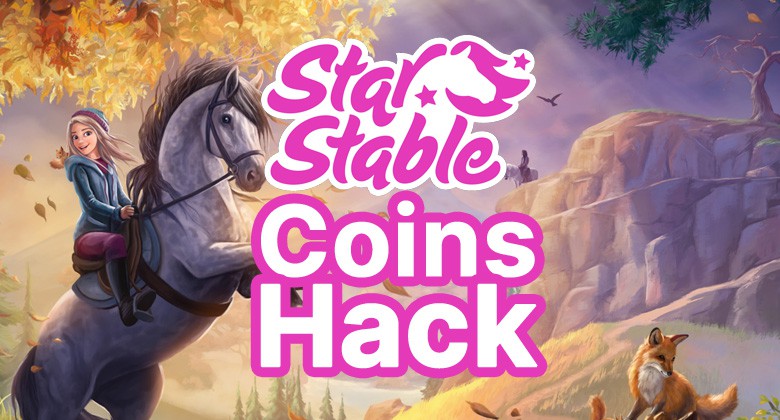 Star Stable Online is a hugely popular online horse adventure game from Star Stable Entertainment AB. The game itself is based on earlier versions of Star Stable games and brings online multiplayer elements. Although it’s free to play Star Stable, there are some microtransactions involved in the game. Star Coins are the game’s premium currency, allowing players to purchases horses, stables and more .As they’re so sought-after, many players look for Star Stable Start Coins hacks and coin generators. But do they exist? And should you use them?

What are Star Coins?

Star Coins, often written as simply SC, are Star Stable’s premium currency. They’re one of two forms of currency in the game, with the other being Jorvik Shillings. These two currencies are used for a variety of purposes in the game and can be obtained in different ways.

Star Coins were originally known as Star Cash when the game first launched. However, they’ve now been renamed across the Star Stable franchise. There’s no limit to the amount of coins a player can have. With Jorvik Shillings, you can only hold a maximum of 10,000. The two currencies are earned and used in different ways.

How do you earn Star Coins and Jorvik Shillings?

Let’s start by looking at Jorvik Shillings. This currency can be earned in a variety of ways just through playing the game. Usually, this means completing quests and selling spare items you have. Of course, once you reach the 10,000-shilling limit, you’ll have to buy more stuff to earn more shillings.

So, other than the rare occasions the game gives away free coins, you have to pay for them. This is why there are still many searches for things like ‘star stable star coins hack 2020.’

What are Star Coins used for?

Star Coins are a fairly essential currency in Start Stable Online. They have many different uses, and most players find them necessary. So what exactly are the different uses for Star Coins? Below, we’ve outlined the main ones:

Evidently, this is a currency that’s needed to get the most out of the game. So what about Star Stable Star Coins hacks and generators? Do they exist and should you use them?

There are several websites that suggest it’s possible to hack the game to get new Star Coins. However, many of these sites aren’t very reputable. Often, they’ll require you to enter your personal and Star Stable account details, which can leave your information at risk.

Furthermore, even if you do manage to find a Star Stable Star Coins hack, it could get you banned. Games don’t like cheating, and if they detect unusual activity on your account, you’ll likely get shut down.

Our advice is to not use Star Coins hacks. They are more danger than they’re worth and they make the game unfair for other players. They also don’t support the developers who make the game.

You’ll also see websites that claim to be coin generators. However, these are often the same as websites offering hacks. They look promising on the surface, but they’ll soon put your account in danger. Again, they’re best avoided.