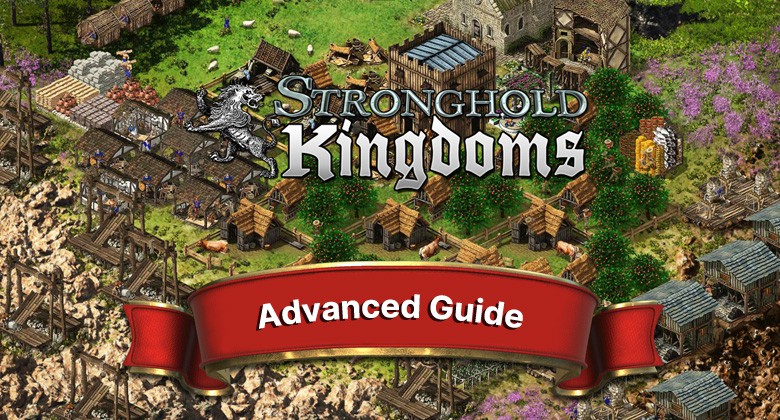 Despite being released back in 2012, Stronghold Kingdoms remains a popular strategy game. The fact it’s free to play on Steam helps, but there is a surprising amount of a depth to the free title. In a separate post, we covered a Stronghold Kingdoms Guide for Beginners. In it, we outlined some of the basics of the game when you’re first getting into it. However, if you need more info on playing the game, our Stronghold Kingdoms advanced guide is just the thing for you. We take a more detailed look at everything the game has to offer.

Before you start on the advanced tactics and approaches on offer in the game, you first need to establish yourself. There are a few steps to reaching this point, mostly centered around the key mechanics of the game. Again, we covered this in more detail in our beginner’s guide. However, to recap:

Once you have all of these elements in place, you can start moving on to some of the more advanced aspects of the game.

One of the central parts of Stronghold Kingdoms is your castle. It’s your last line of defense, and your muster point for attacks. As such, you’ll need to have a design that reflects both elements. Many inexperienced players just start building their castles in any way they see fit, putting looks and cost above all else.

In reality, a tactical approach to building your castle will yield much better results. There are a few points to consider when planning out your fortress:

Don’t mix wood and stone. It’s important to understand that infantry troops can’t damage stone towers, but they can damage wood and stone walls. So, you want to make sure you can fit as many stone towers around your design as possible.

Moats are your friends. Moats are often underutilized by inexperienced players. They can act as a great replacement for stone walls, as catapults can’t attack moats. So, they can be incredibly beneficial during large-scale sieges. Of course, they come at a cost, so you’ll need plenty of gold for repairs and upkeep.

Use ballista and turrets. When it comes to defending your castle, troops can only do so much. Make sure that you cover your weak points with turrets and ballista to ward off attackers. You can also use oil pots for when troops approach the perimeter.

Once you’ve got yourself a castle worth defending, it’s time to assemble an army capable of defending it. Early on in the game, your approach to your military isn’t quite as consequential. However, once you hit the higher levels, you’ll need to start paying more attention to your troops.

One of the key things here is to understand how certain units behave on the battlefield, and what their strengths and weaknesses are. Here’s a brief rundown:

You’ll want to spend the time and resources researching each of these types of troops. Once you have them all, you can focus on maxing out their stats.

When you’re assembling an army to accompany your captain, you want to make sure you have a balance of these types of troops. When attacking, focus more on swords than pikes, and vice versa for defending.

So, we’ve outlined some of the further advanced elements you need to progress in Stronghold Kingdoms. Once you’ve mastered the basics, it’s time to start building yourself a castle and an army that will be the envy of your rivals.