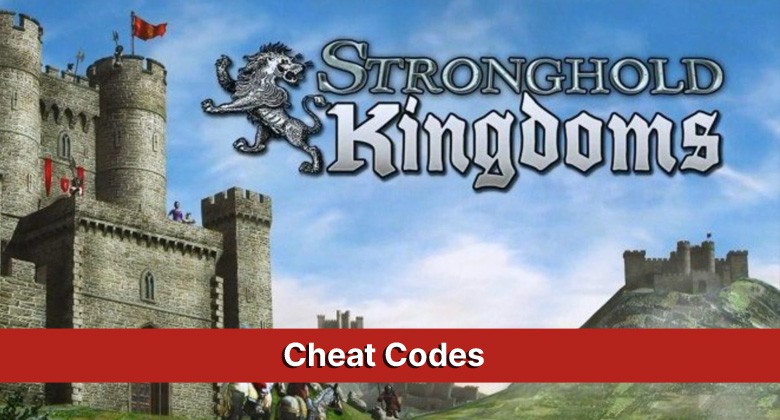 Like many strategy and city-builder games, Stronghold Kingdoms has a lot of depth. The 2012 game has grown and developed over time, and its user base has grown too. There are plenty of high-level players in the game, as well as a fairly regular stream of newcomers. But with so many different elements to manage when playing the game, it can sometimes seem hard for newer players to challenge the higher ranks. As such, there is a small section of gamers who look for Stronghold Kingdoms cheat codes. We take a look at whether or not you can find them.

What Are Cheat Codes?

Cheat codes have been around in games for years. They’re essentially a string of characters of commands that can alter a game. Usually, they’re included by developers as a means of testing certain aspects of the game.

For example, a dev may want to check a particular mechanic, but doesn’t have the time to play through the entire game to get to that specific part. So they may add a cheat code that lets them skip levels. Classic games like Doom and several Konami games on the Nintendo had such codes. They required the player to either type a code such as ‘IDDQD’ (Doom) or input a string of control pad button presses. The famous Konami code was Up-Up-Down-Down-Left-Right-Left-Right-B-A.

More modern games often use the command console to alter the game. They tap into the games code to generate items, give invulnerability, generate wealth, and give other benefits.

The examples we’ve looked at so far are all related to single-player games. It’s much easier to make changes to these types of games, because the impact is far less. You don’t have to worry about servers and other players being affected by a change in the game.

With such rules in place, it becomes far more difficult to use cheat codes in multiplayer games. This doesn’t stop people trying to convince inexperienced players that cheat codes exist, however.

A quick Google search will throw up plenty of pages offering cheat codes for the game. However, even a cursory glance will show that there isn’t really any evidence that codes exist. The most popular results are often forum posts for people asking for codes. The replies invariably state that you can’t get Stronghold Kingdoms cheat codes.

There are a couple of websites that claim to have codes for various things in the game, whether it’s giving extra wood and stone, or unlimited resources and instant building. However, there is no evidence to suggest that these work. What’s more, they give no information on where you’re supposed to enter these codes.

Other websites suggest that you have to download a trainer or hack before you can use the cheats. These are even more dangerous than the ones with false information. Downloading any program or executable file can put your PC or mobile at risk.

Many unscrupulous websites and hackers will hide viruses and trojans in such downloads. They can compromise your personal data and leave you vulnerable. We do not recommend any Stronghold Kingdom cheat codes, especially those that require a download.

As well as the danger to your device’s safety, there are a few other risks of trying to use cheats. Say if you did manage to find something that gave you an advantage in the game. How could you be sure that it’s undetectable by the server’s anti-cheat measures?

If you get caught cheating in a game like Stronghold Kingdoms, you’ll likely find that it’s picked up by either the software or other players. If your fraudulent activity is reported, it’s likely that you’ll get your account banned. You’ll lose all of your progress, and won’t be able to play the game.

By cheating, you also risk damaging the game’s reputation and community. Many of these games are based on trust between users. Although there’s competition, it’s mostly amicable. If there are cheaters in a game, you can drive the player base away, leaving fewer people to play with.

Ultimately cheating is bad for everyone involved. It can damage your device, risk the safety of your data, get you banned, divide the community, and detract from the developers.

Instead of using Stronghold Kingdoms cheat codes, we recommend playing and enjoying the game the way it’s meant to be played.