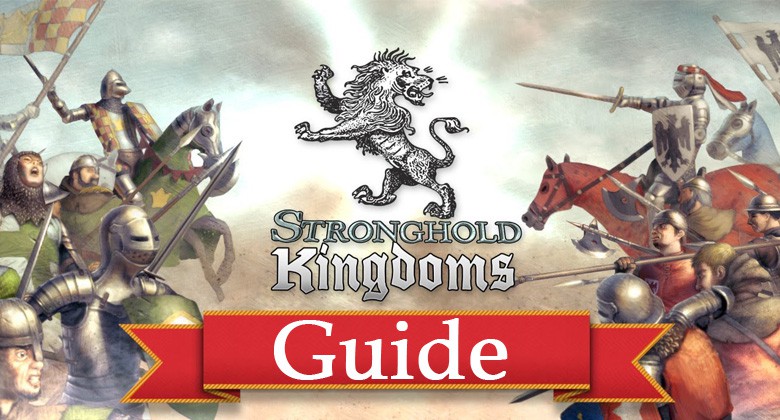 Real time strategy games have been popular for several gaming generations now. The beauty of them is that they place the player in a position of ultimate power. Every move on the battlefield, every tactical choice can be seen. Since the rise of online gaming, many real-time strategy games have branched out into massively multiplayer games. One such example is Stronghold Kingdoms, an MMORTS based around medieval castle building. As you can imagine, there are quite a few nuances and mechanics to content with in such a game. Luckily for you, we’ve a Stronghold Kingdoms guide that will introduce you to the basics.

What is Stronghold Kingdoms?

Stronghold Kingdoms bills itself as a free to play castle MMO. It initially launched as a browser game back in 2012, after development began in 2007. Since then, it has seen releases on OS X, iOS, and Android, with the mobile versions arriving in 2017. Developers Firefly Studios continue to support the game to this day.

But what exactly is a castle MMO? Well, it’s a game that sees the player take on the role of a feudal lord or lady. From humble beginnings, you must create a sturdy fortress to take on your enemies. By designing your very own castle, you can create a seat of power.

There are several key features that make the game so unique:

First things first, you’ve have to sign up for a Stronghold Kingdoms account on the official website. You’ll need to fill out a few basic details and provide a valid email address. If you’re playing on PC, you’ll need to download and install the game from the website. iOS and Android users can download it from their respective app stores.

Once you’ve installed the game, you can login using your credentials. You’ll then be prompted to place your village. You can either choose a random location on the map or choose a specific one. In reality, it doesn’t matter too much. However, you may have a preference for where you want to be. Once you’re happy with the location, click ‘Enter Game’ to begin your campaign.

It’s well worth completing the tutorial in Stronghold Kingdoms. Not only does it take you through the very basics of the game, but it rewards you for doing so. There are many different elements and nuances to this title, so getting to grips with them is essential if you’re going to get good at it.

However, if you do decide that the tutorial is too basic for you or that you want to get into the game proper, you can hit the ‘x’ in the top right corner at any time. Don’t worry if you hit it by accident – head to the Help menu and click ‘Resume Tutorial’.

Once you’ve completed (or exited) the tutorial, you’ll be greeted with the game’s World Map. This gives you a broad overview of everything happening in your game world at the moment. It can seem daunting at first, but you’ll soon be up to speed with all the different elements.

Your first step here should be locating your village. It will be marked with a yellow shield above it. You may see other villages nearby – these are other players’ creations. You can zoom in and out of the map to see the scale of what surrounds you. However, if you need to quickly return to your village, use the toolbar at the top of your screen to select it.

When first starting the game, you’ll enter a period of peacetime. For five in-game days, you’ll be invulnerable to attacks from other human players (although the AI can still attack). Although you can cancel this peacetime at any time you choose, it’s worth taking advantage of it to build your keep.

The beating heart of any great kingdom is the village you initially take control of. It’s worth getting to grips with the various elements and how they interact with the game. Doing so will save you a lot of time in the long run. We’ve outline three of the main functions:

So far, we’ve only touched the very basics in our Stronghold Kingdoms guide. Those looking for an advanced guide will have to stay tuned. This game has so much detail that it’s impossible to cover everything in one post. As you cans see, there are many different elements that combine to make this an intriguing and strategic game. The best way to appreciate it is to dive right in and get playing – good luck!