Stronghold Kingdoms Hack – Everything You Need to Know 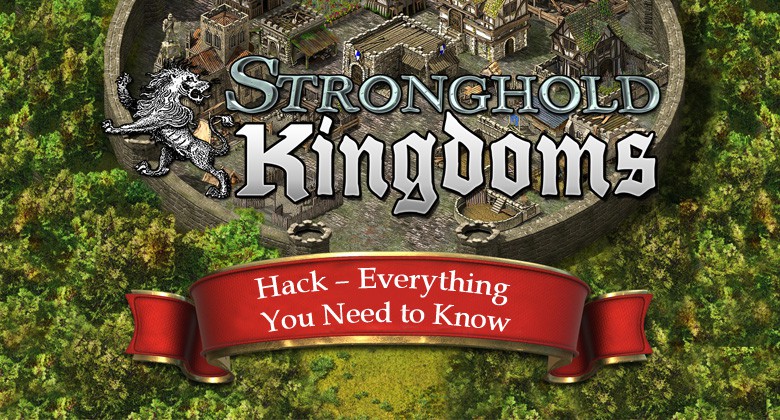 Online multiplayer games can be frustrating for some gamers, particularly when it comes to established titles. The longer a game has been live, the more expert players there are. This can make getting to the top tiers of the game seemingly impossible. Take games such as Stronghold Kingdoms, for example. This title launched back in 2012 on PC and in 2017 saw Android and iOS releases. As such, there are many players who are experienced and at a high level in the game. It’s for reasons like this that people search for Stronghold Kingdom hacks and bots. We take a look at whether there’s any merit to such tool.

As with any free to play games, there are several mechanics in Stronghold Kingdoms that require in-game currency. For most players, the challenge is to either earn this currency by playing the game or buy purchasing it using real money. The former approach has its merits – you can experience everything the game has to offer, and there is a fair amount of challenge involved. Other players criticise the ‘pay-to-win’ approach, as not everyone is in the same position.

Some gamers find that they have neither the time nor the money to get good at certain online games. However, they want to compete and be able to beat other players. Their only option is to search for things like Stronghold Kingdoms bots and other hacks. They hope that by using these cheats, they can gain an advantage.

These websites generally tend to promote a few different methods of cheating the game. These include:

Where to Get Stronghold Kingdoms Hacks

Sadly (or not), there aren’t any reliable websites that offer Stronghold Kingdoms cheats. Many of the sites you’ll find by searching are far from reputable or secure. Generally, those who spend their time hacking popular games keep the results to themselves.

We don’t recommend visiting or downloading anything from sites that advertise Stronghold Kingdoms hacks. Many will ask you to fill out your personal data or account information before you can use their cheat methods. However, these are invariably just a ruse to try and gain access to your personal information.

Should You Use Stronghold Kingdoms Hacks?

No. There’s no good reason to try and use any way to cheat the game. Even if you’re desperate to get up to speed with the best players, hacks and bots don’t benefit anyone. In fact, there are several reasons not to use these methods:

What to Do Instead of Stronghold Kingdoms Using Hacks

Video games are supposed to be fun. There’s no real victory to be found in cheating your way through a game. They’re there for you to enjoy and take your time with, and that’s exactly what we recommend. We’ve even written an article on a Stronghold Kingdoms beginner’s guide to help you on your way.

Spend time with Stronghold Kingdoms and get used to the various systems and nuances it has to offer. Work your way through the rankings and earn rewards as you go. If you really want to, spend money on the game to support the developers that work on it.

The victories you achieve by playing the game properly will far outweigh any momentary joy you experience by hacking it.

So, we’ve seen that there may be some hacks and bots out there for Stronghold Kingdoms. However, ultimately they’re definitely not worth pursuing. Along with the risks to your account, computer/smartphone, and dignity, you also risk unsettling the user base.

There are websites out there that prey on people looking for a quick-win. They’re best avoided at all costs. If you really want to improve at Stronghold Kingdoms, spend the time playing it. If you don’t have the time or funds to invest, you might be better off looking for a different game!