The Best Fighting Games of All Time 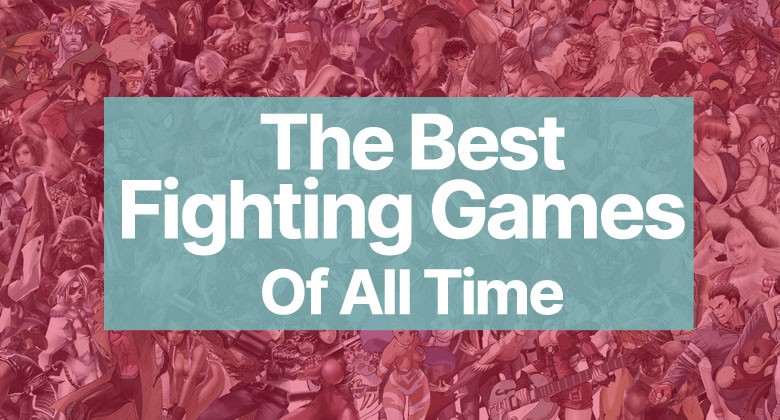 Fighting games have a long and rich history. They have long been popular in arcades, with more recent successes in home consoles. Many titles have gained huge followings and developed competitive scenes, with some of the most talented gamers competing at a high level.

The first true fighting game was a title called Heavyweight Champ back in 1976. However, the first game to really popularise the genre was Karate Champ in 1984. This arcade classic spawned a whole host of titles that solidified the genre as a firm favourite amongst gamers.

With this illustrious history, it’s hard to pick out the very best. However, we’ve chosen some of our all-time favourites to share with you. These franchises have shaped the genre into what it is today.

Streets Fighter II remains one of the genre-defining games from the early 90s. Its success pretty much spawned the competitive scene and was ported onto the SNES in 1991. Fans loved its intricacy and depth, as well as the roster of memorable characters that are still influential to this day.

Expanded versions of Street Fighter II continued to impress long after the original, and there have been plenty of new instalments in the franchise since. It’s arguably the most influential fighting game out there. There have been several movie spin-offs and plenty of merch released. 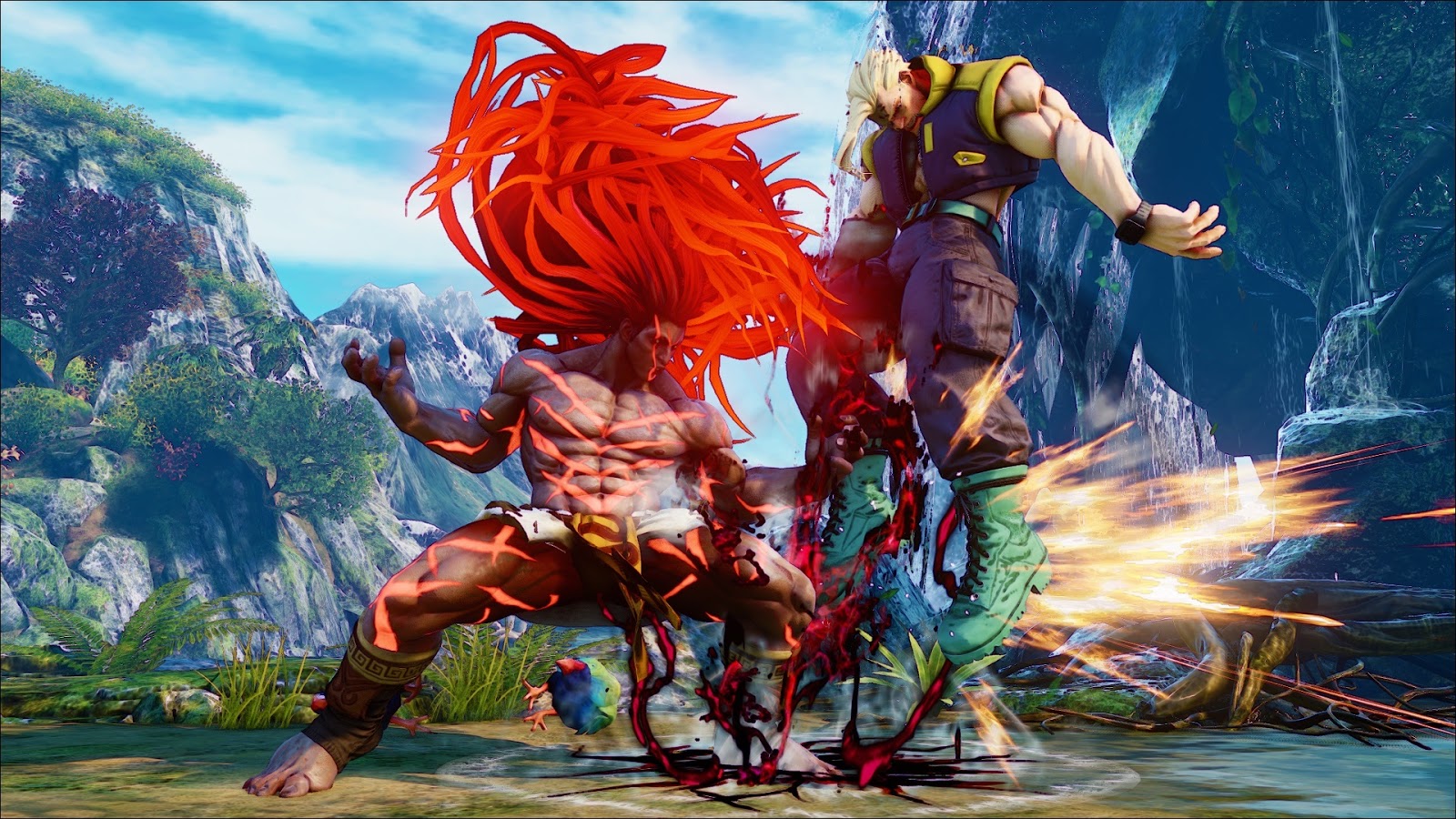 The main rival of Street Fighter back in the 90s was Mortal Combat. Originally released in arcades back in 1992, the brutal brawler was eventually ported to home consoles. Unlike its competitor, Mortal Combat featured more ‘realistic’ graphics as well as plenty of gore. It was the second game in the franchise that really proved its worth as a fighter, with improved mechanics and graphics.

The game continues to find success with each release. Mortal Combat 11 recently reinvigorated the series with improved graphics and combat, as well as plenty of deadly fatalities. 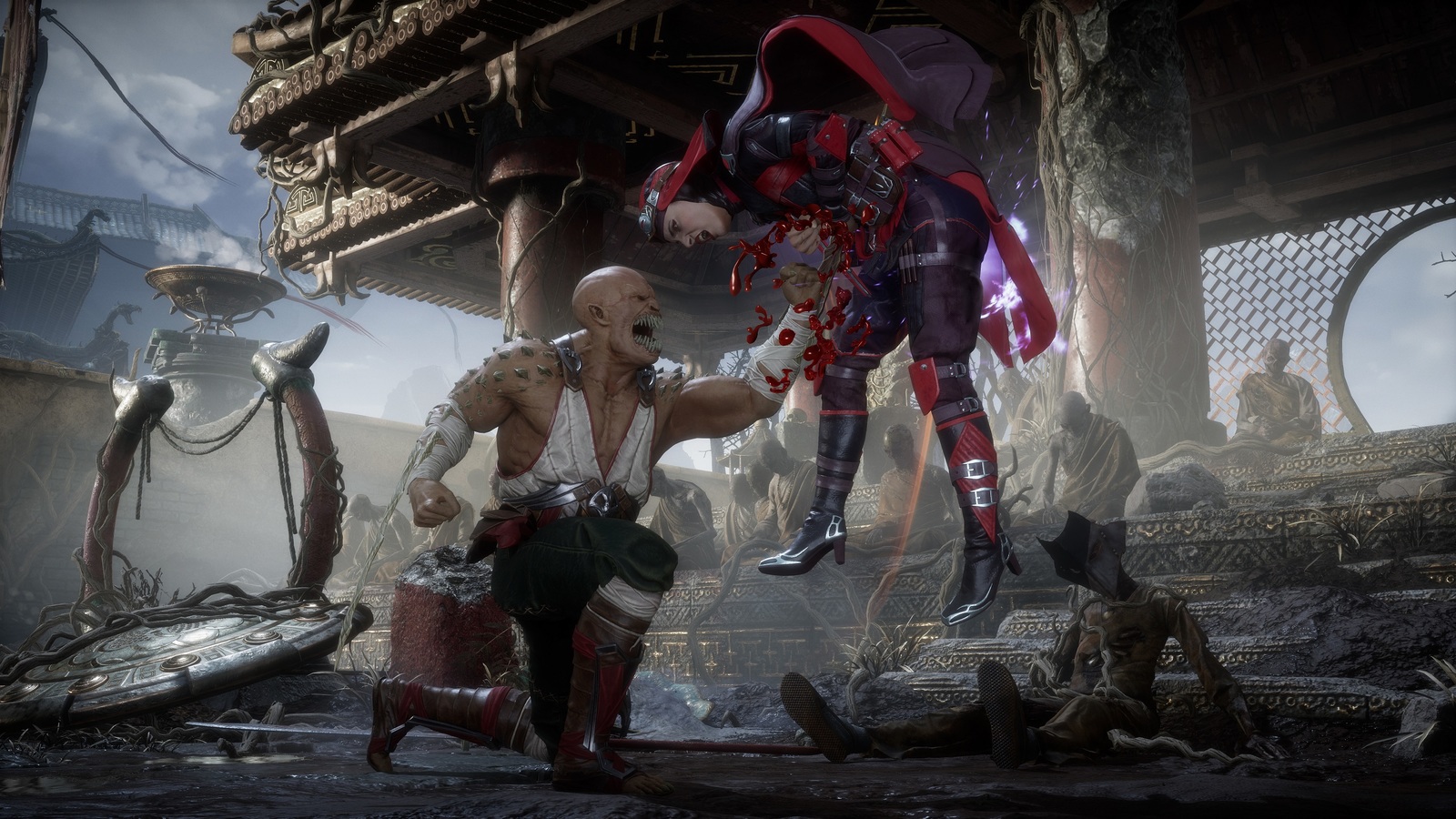 The fighting game genre has a long history of combining franchises to create insane offerings. Perhaps the franchise that does it best is Marvel vs Capcom, which sees a variety of superheroes throw down against a number of beloved video game characters. Marvel vs Capcom 2 was perhaps the best instalment, with 55 characters available to choose from.

The fast and frenetic combat, insane combos and challenging difficulty made the game incredibly playable. It even stands up as a great fighter to this day. Marvel vs Capcom 3 brought more heroes to the roster, but lost a little of the game’s charm along the way. 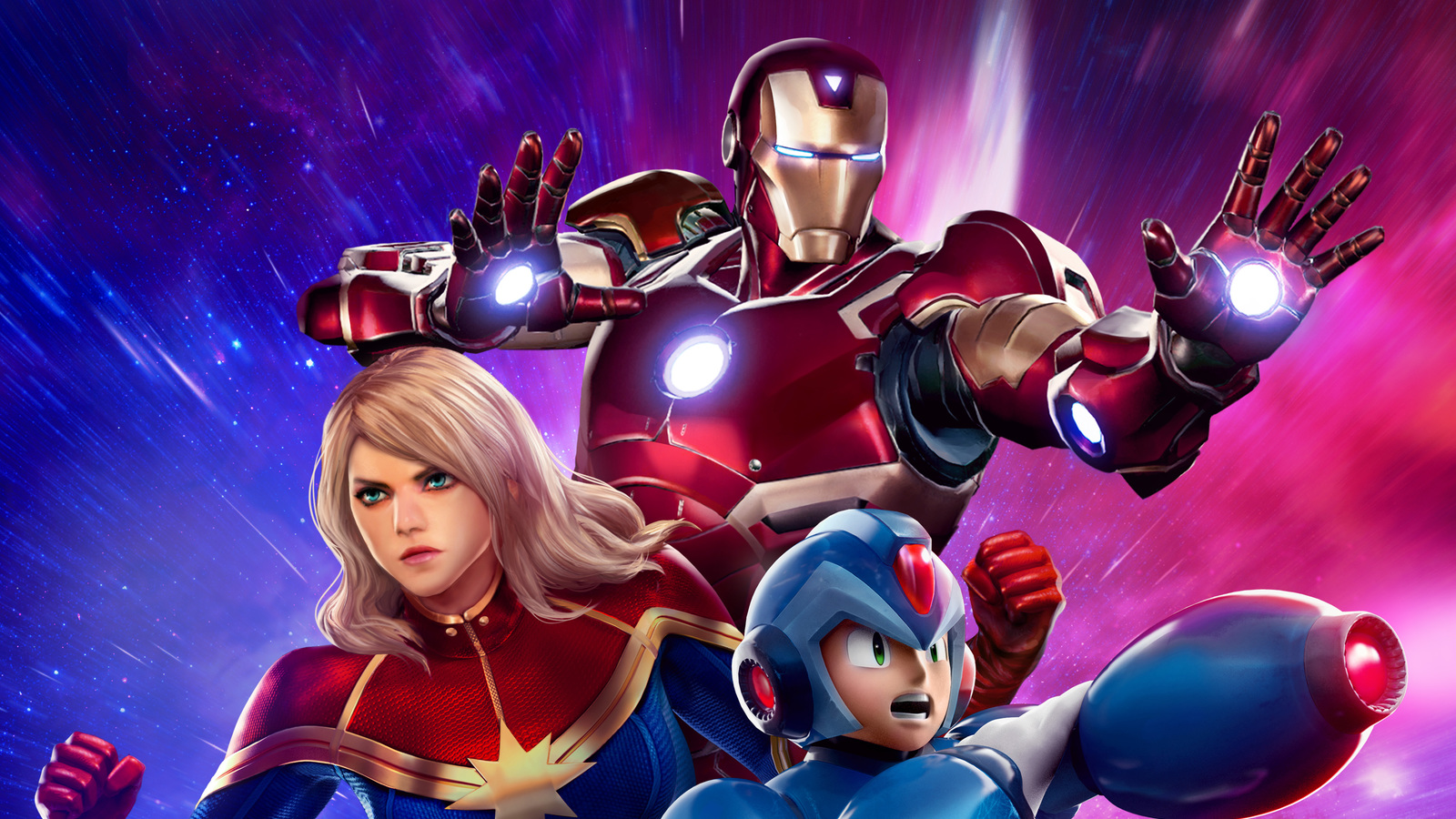 The Tekken series is another of the old guard that keeps reinventing itself without much changing its winning formula. The earlier games felt a little clunky at times, but the release of Tekken 3 changed all that. The improved mechanics, satisfying combos, fighting stances, and more nuanced gameplay made it a tactical and enjoyable experience.

There have been seven main Tekken games in the franchise so far, as well as two Tag Tournament games and an updated version of Tekken 5 for the PSP. It’s a series that’s beloved by fans and still finds its way into arcades around the world.

Soul Calibur has a fairly long history. The first game in the franchise was known as Soul Edge, an arcade game mainly seen in Japan. This was released as Soul Blade for the PlayStation, and it gained a good deal of commercial success. The spiritual successor to Soul Blade was a Dreamcast port of the Soul Calibur arcade game. The weapon-based fighter was an instant hit.

Soul Calibur is still a game that feels unique in the genre. The insane weapons, freedom of movement, and character roster make it really stand out. The series continues to thrive, with Soul Calibur VI being one of the hits of 2018.

The Smash Bros franchise has produced some of the most entertaining multiplayer games of all time. From its origins on the N64, Nintendo’s brawler continues to amaze. With a simply massive roster of characters from all kinds of video games as well as fluid and challenging combat, Super Smash Brothers is endlessly fun. The competitive scene remains strong, particularly after the release of 2018 Super Smash Bros Ultimate. 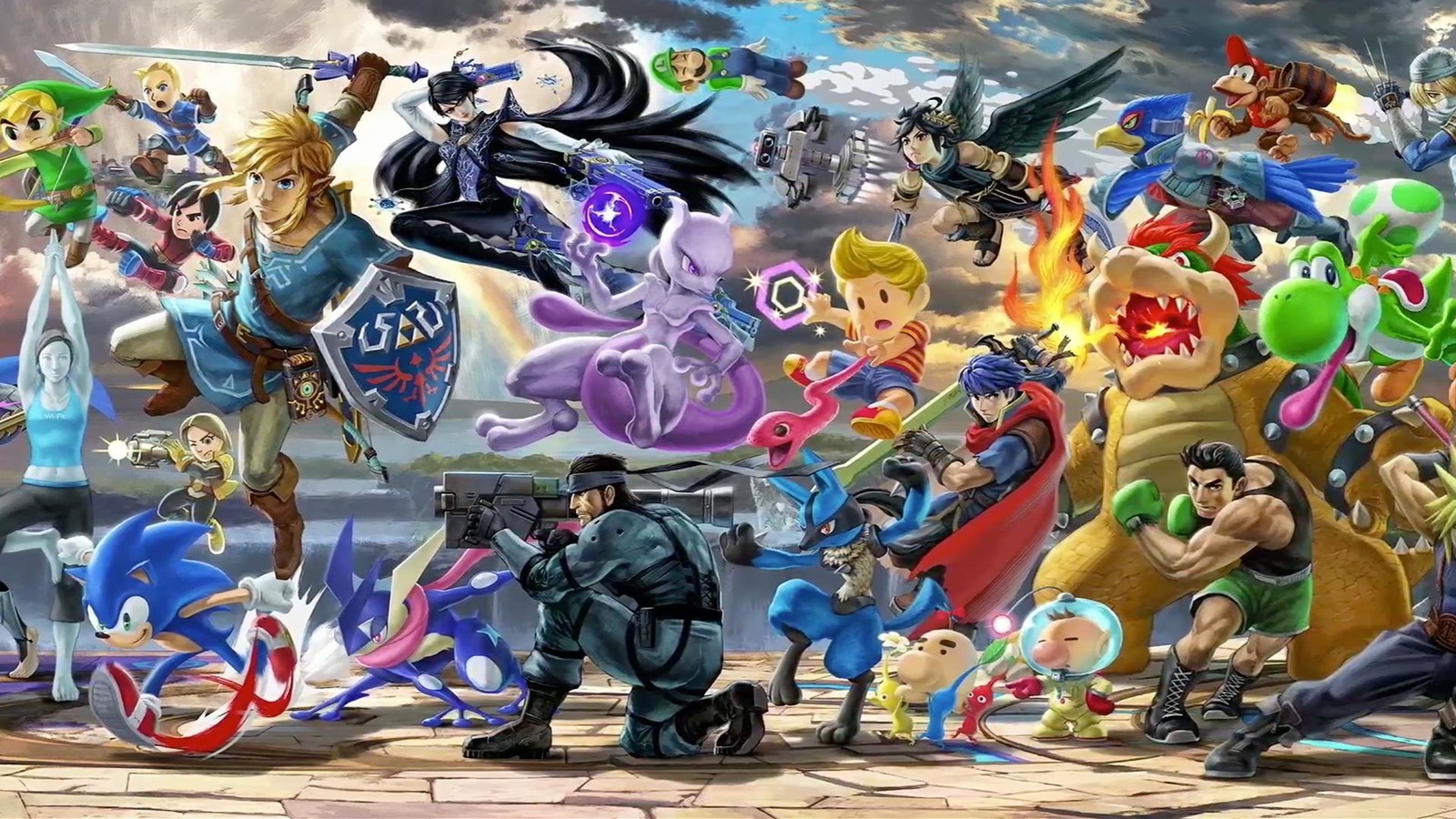 The first Dead or Alive game was released in 1996, and it has continued to release games ever since. The fast-paced fighting, three-dimensional playing field, and roster of cute characters have made the series a big hit. It has plenty of innovative features and mechanics and has spawned a volleyball spinoff game as well as a live action movie.

The Guilty Gear series has a long and varied history. The games have been known for their intricate mechanics, technical gameplay, bright graphics, and awesome soundtracks. Many of the characters are now beloved in gaming culture, particularly after the adaptation into manga and drama CD. Many fans consider Guilty Gear Xrd to be one of the top instalments in the franchise, and the game BlazeBlue is regarded as the spiritual successor.

The first Virtua Fighter game was released back in 1993 and is widely considered to be the first 3D fighting game. At the time, it was a truly revolutionary title that pushed the hardware it was running on to the limit. It first launched into arcades before being ported to the ill-fated Sega Saturn in 1994. Since then, there have been several main successors as well as a variety of spinoff and mobile games. The series remains an arcade classic.

In the early 90s, the battle for the best fighting game was between Street Fighter and Mortal Combat. In 1994, developers Rare released Killer Instinct and really challenged the argument. The incredibly detailed graphics and high-quality audio were a revelation. Combat felt fun and fresh, with the combos being particularly enjoyable. Although the series hasn’t aged too well, it still remains a highly influential game in the genre.