The Best Helicopter Games of All Time 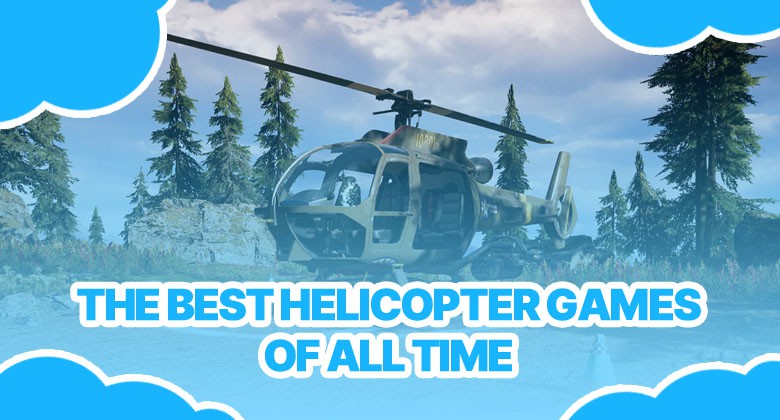 Helicopters are awesome. They’ve long fascinated aviators and gamers alike. That’s why there have been so many helicopter games and titles featuring them. Alongside planes, they’re often the ‘ultimate’ unlock in shooting games, thanks to their firepower and manoeuvrability. However, imitating the physics and manoeuvrability of helicopters isn’t always easy, which is why not every helicopter game is born equal.

We’ve chosen some of our favourite ever helicopter games for this article. We think they represent some of the various high points across a variety of eras and systems. Find the full list, below:

Electronic Arts (back when they were a respected game developer) released Desert Strike in 1992. It originally launched on the Sega Genesis, before being ported to the SNES and eventually the Amiga. Set during the Gulf War, players took control of an Apache gunship and had to destroy various elements of the enemy’s base. There were also rescue missions and supply drops to be made. The controls, graphics, and strategy elements make Desert Storm one of the finest examples of helicopter games ever. It also had a fairly involved plot and several interesting mechanics. 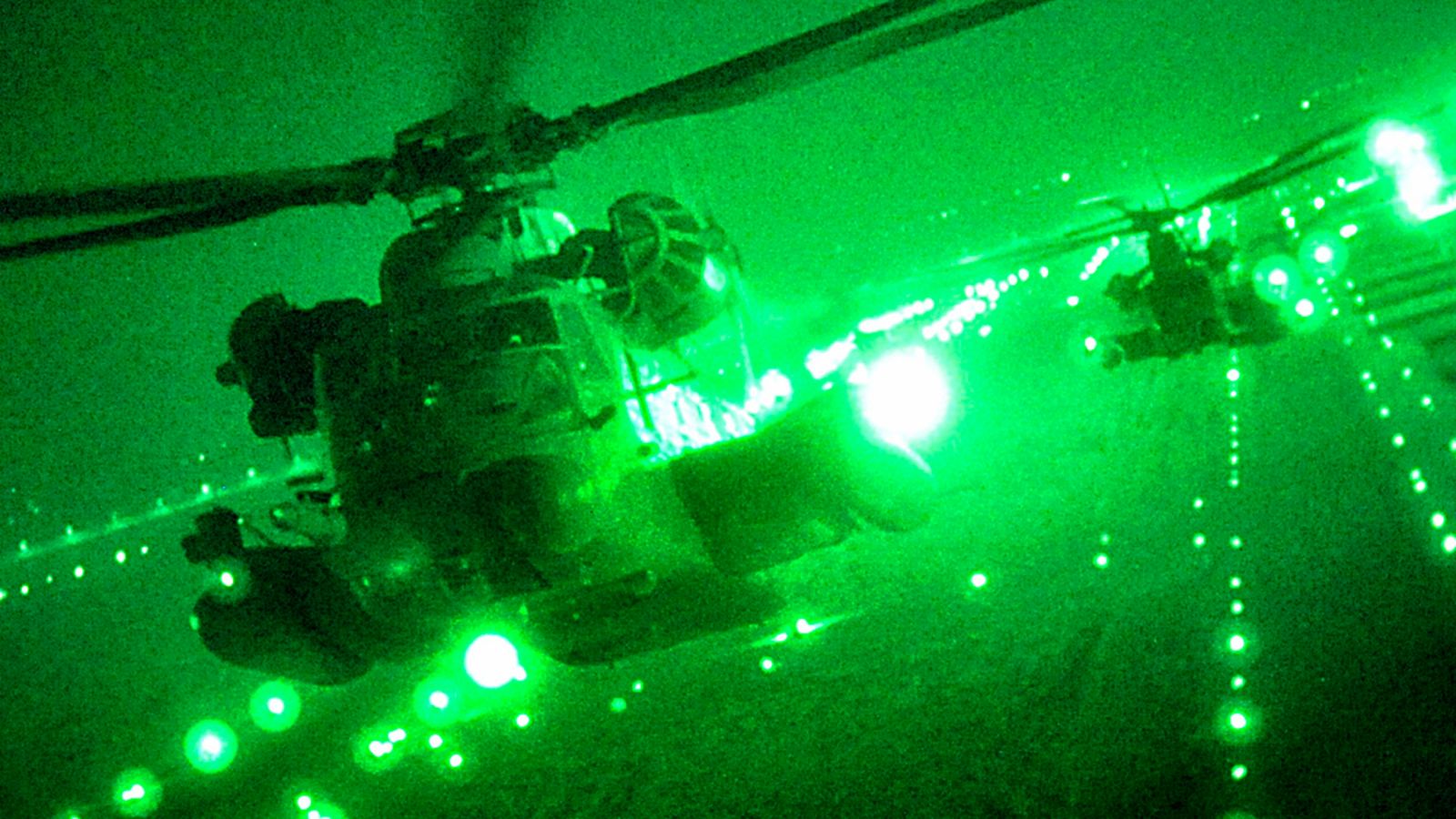 One of the finest modern helicopter games is Apache: Air Assault. It’s a combat flight simulator from 2010, released by Gaijin Entertainment. Players again get to take control of Apache attack helicopters and have to defeat a variety of terrorist threats from fictional regions. The game featured single player and multiplayer elements, as well as a selection of gunships and customisation. The co-op missions are a lot of fun, and the graphics were some of the most immersive at the time.

The Gunship series is one of the oldest helicopter franchises around, giving it a fair amount of pedigree in the genre. Gunship 2000 had several releases across multiple consoles between 1991 and 1996, demonstrating how popular it was. Players took control of a variety of different helicopters and were given a choice between single missions and campaigns. Each mission had two objectives, and completing them would increase the player’s rank, opening up more options. There was also an expansion pack for the game, adding new features.

2013’s DCS World isn’t strictly just a helicopter game. The respected flight sim is one of the most detailed and beautiful-looking games released that year, with an impressive array of features and attention to detail. Players are given the chance to pilot some of the most iconic aircraft from history, each lovingly detailed. The immersive cockpits have all the features of their real-life counterparts, making you really feel like you’re piloting helicopters. Best of all, the game is free to play and still receives updates to this day. 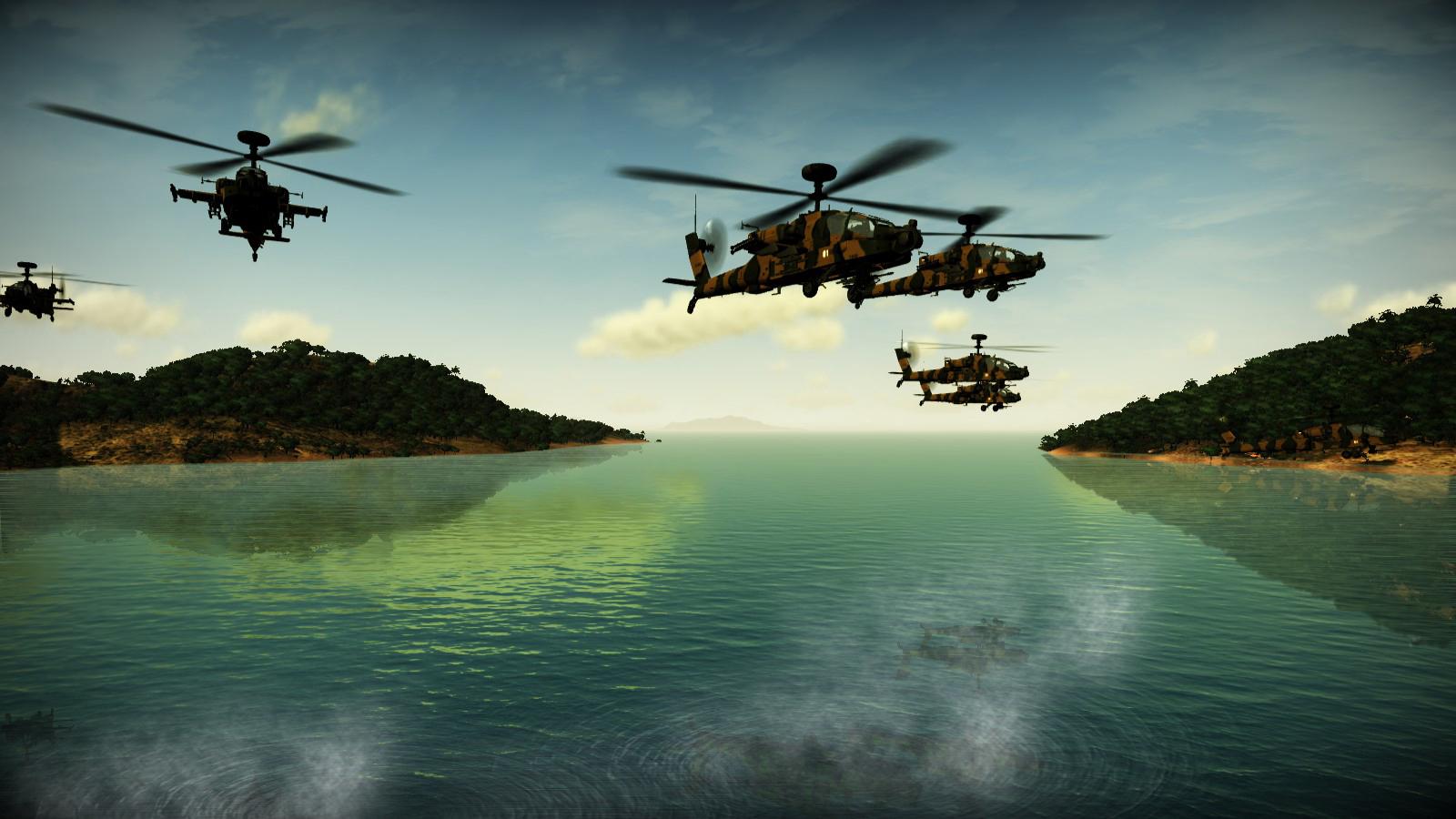 Sky Hunter was released in 2017, making it one of the most recent titles on our list. Although it doesn’t have the most realistic combat we’ve seen, the game is incredibly fun. The focus of Sky Hunter is on large-scale dogfights, with up to eight players being able to face off at once. Combat is frantic, and there are a variety of different locations you can take to battle.

Here we have another Electronic Arts game from the 90s. LHX Attack Chopper was one of the early helicopter simulation games, and it was originally released on PC DOS before being ported to the Sega Genesis. Players could choose from three different helicopters, each of which could be deployed against military threats from the Soviets. Although the graphics have aged badly (and frankly weren’t impressive at the time), it’s a game that was renowned for its fast and exciting action, making it worthy of a place on our list.

Fans of helicopter history and accuracy will love Heliborne. Players get the chance to pilot some of the most iconic machines from the 1950s onwards. It’s a title that reinvigorated the helicopter action genre, with its stunning graphics, immersive gameplay, and engaging missions. There were solo and multiplayer options, the latter of which are immensely fun. Heliborne features over 40 different helicopters, as well as other military vehicles. This indie game has been a huge success, and the developers continue to support and update the title. 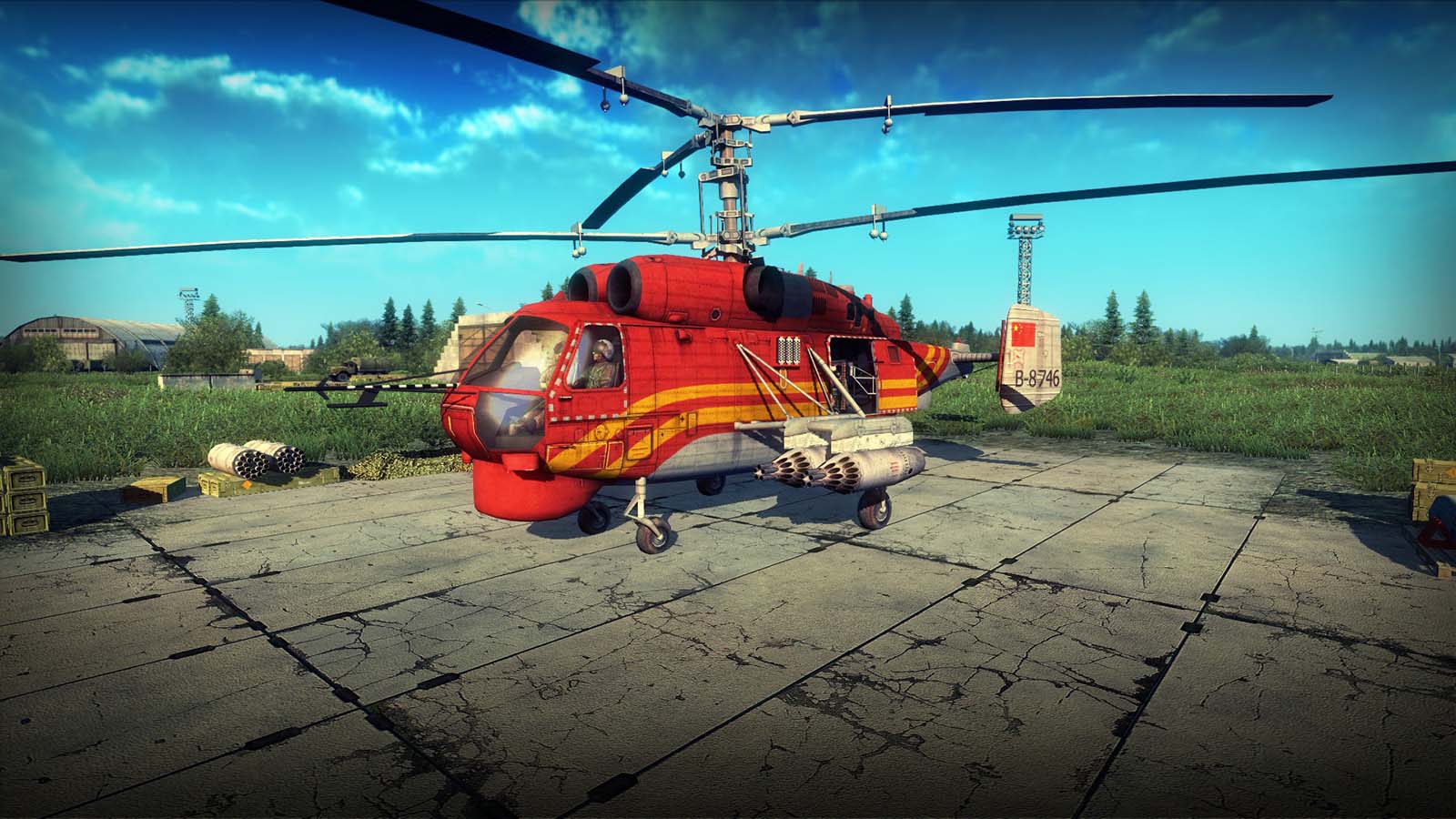 As the sequel to Desert Strike, Jungle Strike had some big boots to fill. It certainly did so, and more, bringing various improvements to the series. Players take on the same mix of action and strategy, with improved gameplay, design, controls and graphics. It also featured additional vehicles aside from the main helicopter. Much like its predecessor, Jungle Strike was ported to all of the most popular platforms of the early 90s, giving it almost universal appeal. Although there were sequels in the series, the original two remain the most iconic.

This game features two of the most iconic helicopters ever built, the US Apache Longbow and the Russian Havoc. These two titans of military combat face off in a helicopter game like we’ve never seen before. It’s one of the most technical simulators we’ve played, easy to access yet hard to master. The two helicopters feel distinct and handle differently. Both are incredibly fast and deadly, and each is richly detailed. The game’s AI is fantastic, meaning the game feels like its ever-evolving and fresh each time you play. All this from a game that was originally released back in 1998 – impressive. 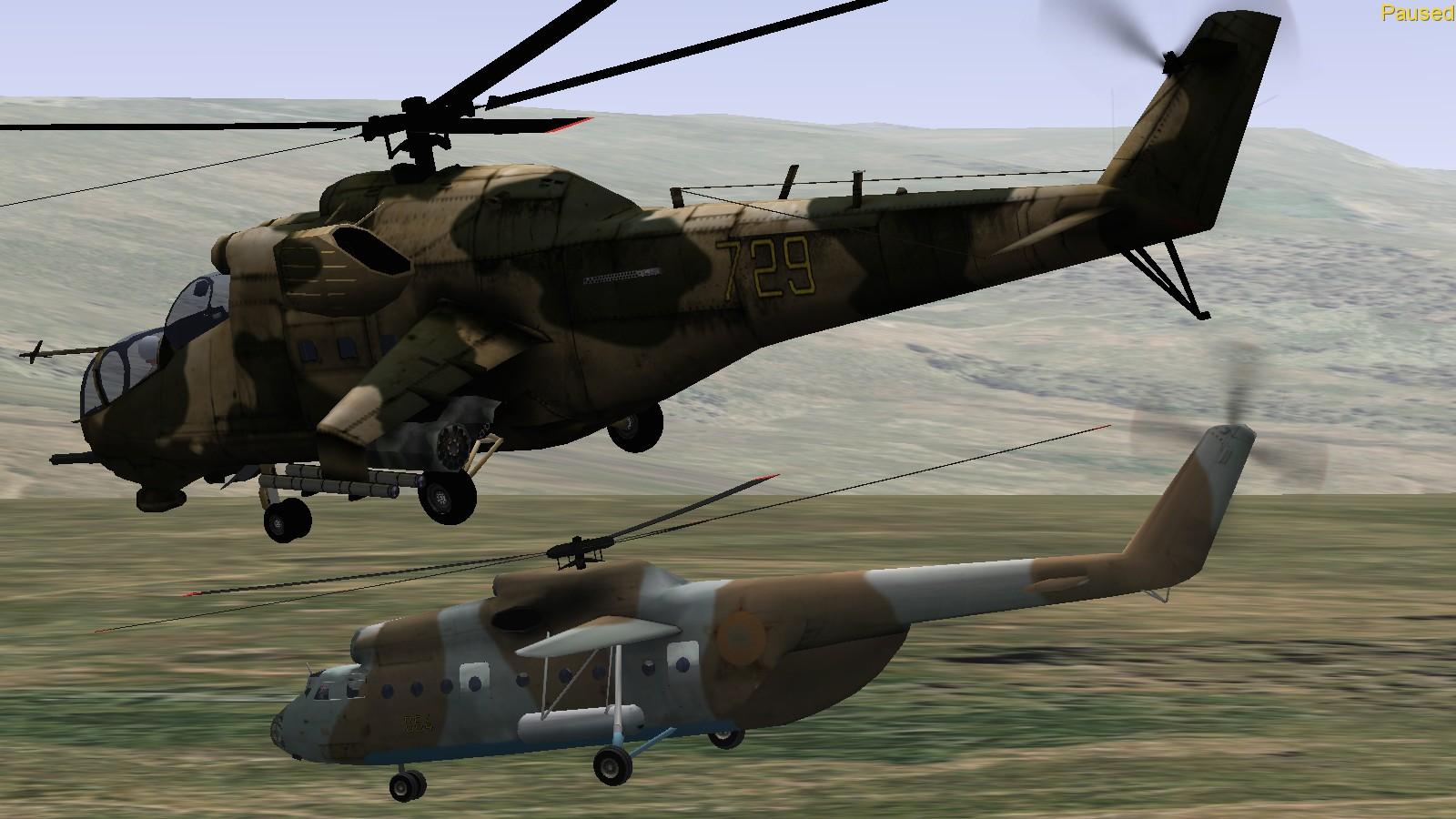