Travian - Where to Find Elephants 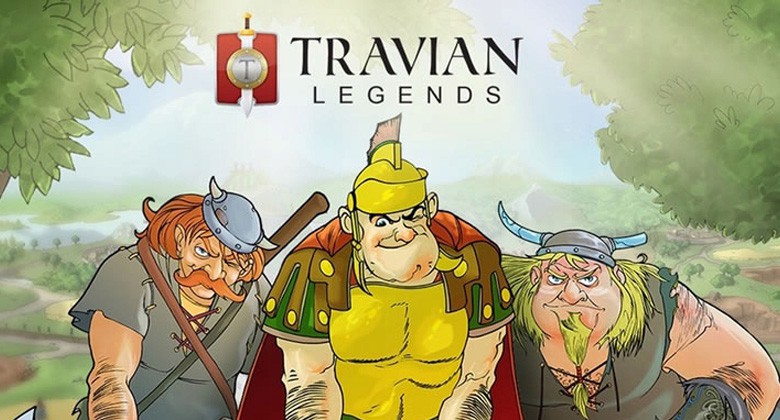 Travian: Legends is a browser based massively multiplayer online strategy game featuring a persistent world. It features real-time combat, as well as all of the staples of classic RTS games. Since its launch in 2004, it has garnered a large user base, at one point having over 5 million players. It remains popular today, and new players continue to sign up. As such, there are many questions asked about the various elements of the game. One such common question about Travian is where to find elephants. We take a look at why they’re so important and sought after, and how to find them.

Like any real-time strategy game, Travian has many different elements that players have to manage. To be successful, you have to balance your resources, buildings, villages, troops, items and alliances. It’s a tricky load to handle, but one that can bring huge benefits in the game.

Animals are an important part of the game. They can be captured in cages to act as defenders for your home village. They’re found around oases, which can be a rich source of early resources. However, they can get in the way of your attempts to conquer an oasis. So capturing them also removes them from the area, making it easier for you.

From a defensive point of view, they can be a surprising and effective way of warding off attackers. If another player comes to your village expecting an easy victory, they can sometimes be stopped in their tracks by your beasts.

There are many different types of animals in the game that you can captures. This list includes:

The order outlined in the list above reflects the strength and rarity of the animals. Rats are the easiest to find and capture, while elephants are the hardest.

Capturing nature troops (animals) in Travian can be reasonably straightforward.  All you need to do is attack an oasis with your hero and make sure that they have cages equipped. Your hero will then capture the amount of animals equivalent to the number of cages they have.

Animals are captured from left to right as you approach the oasis, as well as based on lowest defense to highest. This procedure repeats until all the cages are filled. If your hero attacks an oasis without a cage, a regular fight will take place.

Elephants are some of the rarest animals to find in the game. That’s why you see so many searches for ‘Travian where to find elephants’. Like other animals, they have their own set of defense and attack stats:

When you compare this to a rat, for example, you’ll see a big difference:

So, it’s clear to see why some players spend hours trying to find elephants in Travian.

So, what is it about elephants that make them so sought-after? In reality, there are a few elements that make them so useful. As we’ve seen their physical stats make them formidable creatures. Their defense against both infantry units and cavalry units is some of the strongest in the game.

As an example, let’s look at the defensive abilities of a Phalanx military unit in the game. They have an infantry defense of 40 and a cavalry defense of 50. As such, an elephant has the defensive capability of around 10 to 11 Phalanx units.

For players early in the game, elephants represent an almost indestructible defensive ally. Regular macemen are easily destroyed by them. So, the search to find them, although often extensive, tends to be worth it.

Travian - Where to Find Elephants

So, where exactly can you find these magnificent beasts in the game? As you may have guessed, it’s not always easy to locate them. It make take you several hours of wandering around to locate an oasis that has them. Remember, not all oases are guaranteed to have elephants.

As a general rule, elephants are most commonly found in oases that are 25% wood and wheat, as well as those that are 50% wheat. So, that gives you some direction to go on when you’re exploring. However, that doesn’t narrow it by much. It will take some trial and error to bring them down.

Is that the only option in Travian for where to find elephants? Technically not. There are several tools that exist that can help you locate them. These tools generally get you to log into the game using them, and then select a starting position, maximum distance, and search speed. They then provide coordinates for results.

These tools aren’t exactly encouraged, as they give the player an unfair advantage. The server activity that they carry out can also be marked as suspicious, so your account may get suspended. Instead, we recommend enjoying the game and spending the time finding elephants the traditional way.