When is the next CS:GO operation? 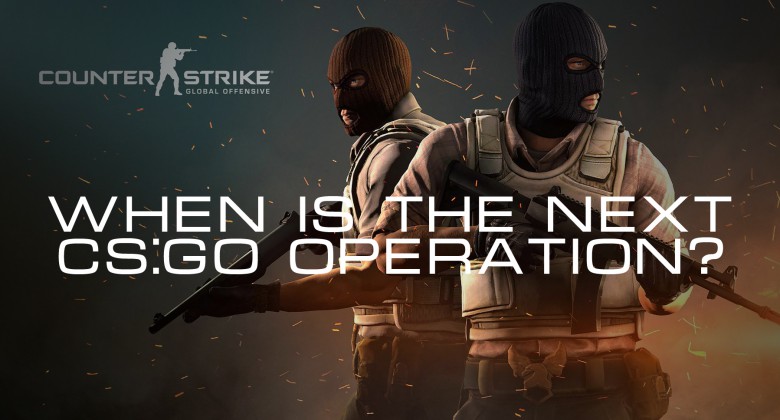 Counter Strike: Global Offensive (or CS:GO for short) needs little introduction. A multiplayer first-person shooter released back in 2012, it’s quickly become one of the most popular and widely-played shooter. It’s so popular that you can even go to a professional event where players battle it out for cash prizes as large as $1,000,000! But you don’t have to be a pro to enjoy the game.

The popularity of the game comes down to a wide range of things, from gameplay to graphics, but one of the most popular elements of CS:GO are the operations. A CS:GO operation is a purchasable and downloadable piece of content in the game, which consists of exclusive official, and even community, created content. There are also exclusive weapon collections and cases to be found, as well as coins and stat tracking throughout the CS:GO operation. The developers of the game stagger the release of each operation, so the question on most people’s lips at any given time is – when is the next CS:GO operation?

Each CS:GO operation is scheduled to last between two to five months, usually with a one month break in between. However, operations often extend beyond their schedules. Before an operation expires, you will have access to all the campaigns and missions available – but once the CS:GO operation is concluded, the missions are removed from your inventory. To date there have been nine operations released. The table below will give you more information about each one of these, and will also help to consider when the next CS:GO operation is.

So as you can see, it’s nearly been a whole year since the last CS:GO operation was released! And before then, it had nearly been two years. So when is the next CS:GO operation? With Operation Shattered Web helping CS:GO hit its first million-player day, the anticipation is almost unbearable. Unfortunately, there have not been any leaks or solid indications of when the next CS:GO operation will be released. The game developers, Valve, seem to be keeping to the time limits they have implemented themselves, with weapon drops and cases being released at regular intervals, but this doesn’t apply to CS:GO operations.

So sadly, we can’t answer the question on everyone’s lips – when is the next CS:GO operation. But with this information, it should give you a good idea of timings, showing clearly the time between each previous operation. Some people have tried to mine the data of previous CS:GO operations to see if there are any placeholders for future maps and missions for the next CS:GO operation, but these have not been forthcoming. All we can do is wait patiently, and keep playing CS:GO!