Why VPNS Became so Popular in 2020 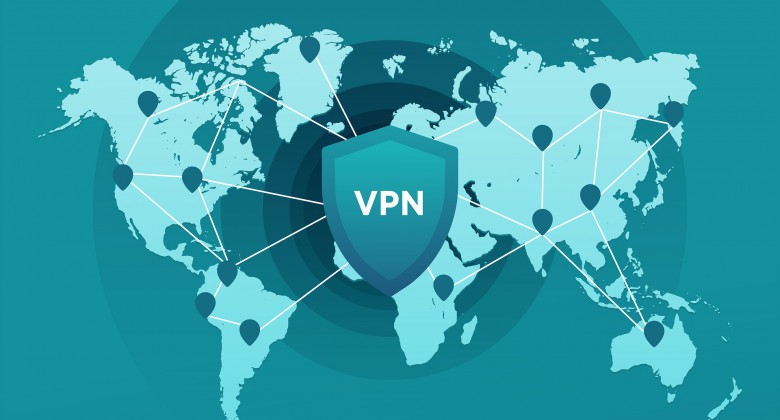 Virtual Private Networks, or VPNs as they’re commonly known, experienced a tremendous surge in popularity last year according to analytical firm Statista.com. Italy had the biggest demand for these security tools at 160%. The US followed next at 124% while demand in Spain, Russia and Iran increased by 58%, 57% and 49% respectively.

Virtual Private Network increased demand coincided with the spread of Coronavirus. And there are perfect explanations for it. Below are some of them:

The spread of COVID-19 in 2020 disrupted millions of businesses around the world. People couldn’t report to work for safety reasons or government mandates. This forced a lot of companies to shut down, reduce operations or create work from home environments.

Working from home quickly became popular since businesses could continue operating amid the pandemic. But it posed a security threat. Hackers could easily intercept data while employees accessed workplace software or while communicating with clients.

To help protect data, many companies resulted to VPNs, relatively cheap security tools that can be setup in a few steps. Virtual Private Networks provide security by encrypting data through military-grade algorithms. They also transmit this data via hack-proof protocols.

A report by CNBC shows the number of security hacks increased by 273% in the first four months of 2020. The huge spike was the result of a rise in the number of people working from home and business transacting online in general, especially banks.

A huge portion of the attacks targeted small businesses. This helped create awareness about VPNs, security solutions revered for their ability to create anonymity. So, what is a VPN and how does it anonymize connections?

Virtual Private Networks provide anonymity by tunneling your Internet traffic through secure servers located in different parts of the world. When you connect to one of the servers, the VPN hides your IP address and replaces it with a temporary address. This way, hackers can’t identify your true IP address and infiltrate your computer with malware.

One of the biggest downsides of working from home is that it adds security vulnerabilities. Between accessing your workplace computer and sharing files, data can easily be intercepted by unauthorized users. VPNs provide a security environment for sharing sensitive office files.

Virtual Private Networks secure remote file sharing works similarly to how they protect all other connections. They mask users’ IP addresses and encrypt their data. As a result, no one can identity the two people sharing data. And even if they did, the data can’t be decrypted.

Businesses can also secure their office network with a VPN or SSL encryption. A VPN is the better option because it can protect all parties that use the office network. It’s also cheaper and user friendly.

Although working from home proved to be a secure option, it provided some inconveniences for businesses with employees in different geographical regions. Some countries block social media, entertainment websites and apps.

For businesses that depend on these platforms to increase their bottom line, the best solution for unlocking blocked content was to use VPNs. Virtual Private Networks allow anyone to unblock any website no matter which city or country they live in.

To be clear, not every VPNs are suited for the job. Some providers can’t geo-pass websites that use complex firewalls. If you’re looking for a site that can unlock Netflix, Hulu or European football networks, find a VPN online with track record of bypassing these platforms.

Another reason behind the popularity of VPNs last year coincides with the growing demand for torrent sites. Last year, many film makers canceled their projects. That meant the millions of fans that depended on movies and TV for entertainment had fewer options.

This created demand for torrent sites because these platforms allow people to stream or download films free of charge. Is it legal? Torrenting is illegal in many countries. Torrent websites are also marred with malware programs, hackers and other security threats that necessitate the use of VPNs.

Of course, Virtual Private Networks provide protection by encrypting your data and tunneling it safely. Depending on which specific algorithms and protocols a VPN client uses, your VPN connections can be fairly safe or ironclad safe.

The most recommended data encryption method is 256-bit. It’s the same system the US government uses to secure classified data. When it comes to transmitting your encrypted data, look for a VPN that uses OpenVPN by default.

In this era of mobile devices, hackers no longer limit themselves to Windows and Mac Computers. They’ve been infiltrating mobile devices left, right and center. Last year, as cyber security threats grew among mobile users, the use of VPNs became unavoidable.

The average Virtual Provide Network provides protection on all major devices. That means you only need one account to protect your iPhone, iPad, and android devices. All the same, the security tools use the same protection techniques used to secure desktop computers.

With lockdown in place, most people were stuck at home spending time with family, playing video games and taking online courses. But there was a problem: many Internet Providers were throttling their networks, especially gamers.

Either way, a VPN is a great security tool for preventing network throttling. And last year, it proved to be pretty effective in helping gamers avoid bandwidth throttling. This works through the simple trick of hiding your IP address and encrypting your data, ensuring ISP providers can’t identify you or what you use your bandwidth for.