Fornite is a free to play Battle Royale type of a game with lots of limits and stuff. The mission is to land on an island with 100 other players and be the last one. Fortnite has a building system so you can build your own fort to protect yourself and your teammates! It also has many game modes and updates, and you can even build up your own island! You can play it now on PC, Mac, Android phones, iOS, and consoles. It has millions of players online and much more! Download for pc: https://www.epicgames.com/fortnite/en-US/buy-now/battle-royale so Have fun! Matches on Fortnite's island play out with lots of fun. Either solo, duos, or squads of four, you always have no limits! Learning to build quickly is as challenging, but you can only learn by learning. With each season a new Battle Pass arrives, the more money you are eventually gonna spend, because o' boy it is so pay to fun. Fortnite propabbly came popular of it's Non pay to win free to play outlook, but in reality you literally HAVE TO spend money on it, or everyone's gonna dislike you and it's way too more fun with all the cosmetic stuff. Most of these side activities are making Fortnite half more fun, but they have to earn money somehow. Fortnite Battle Royale is one of the biggest games in the world right now, having it on the most platforms out there. Building can be annoying, losing can make you throw your whole desk out of the window but it's still worth it. 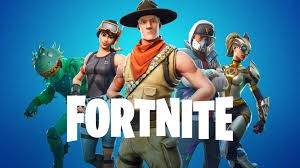 It's very cartoonishy, and has lots of updates. There's a item shop to get skins and stuff, and a battle pass that you have to grind to get cool things, like pets skins pickaxes sprays and other fun stuff. But remember: You have to pay. The only downside to this game is the pay to fun system. Have fun using all of your mom's credit card on skins. Creative uses of building structures becomes even more and more useful in the middle of a battle. With every building decision made fastly, every player develops their techniques. While the little things you do, you have to think of materials, because they can be gathered by destroying literally everything. You get wood from wooden stuff, brick from stuff made of brick, and of course metal out of things that are made out of medal. Even with just three primary materials floors, walls, and stairs the building may seem limited, but in reality it isn't. Fortnite has a great gunplay, and building adds a unique way to play it but it has lots of balance issues. There are skilled players out there, but for the rest of us, Fortnite isn't the most important thing. 100 players, only one survives is the game tho. 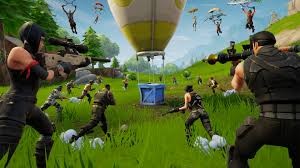 Oh and btw theres save the world (A totally different gamemode). And it's not pay to win but.. It's pay to fun. And if you don't wanna get called a noob, you BETTER BUY SOMETHING!
Thanks to the building system’s simple but well made design, you can build structures together in a way that you like to do it. While some people like to ramp rush and one tap me, I like to keep things nicely in place giving me no change of surviving, because that what it is for me. I am not good at this game, but it's okay. I'll rate it 6/10. It’s the things other than shooting, that make Fortnite different from every other battle royale game and shows what truly makes it unique. It's the building. And that’s what Fortnite is all about. It isn’t even the winning, but it sure is the goal of it, but you have a very high change of losing anyway, so why not to sit down relax and take your time, while learning new methods and techniques? Because it's actually more than that. Fortnite as a battle royale shooter would be great, but the unique building makes it 2x more unique and fun. You always end up with something that constantly feels fresh. It’s worth taking a moment to discuss how free to play Fortnite really is. It doesn’t cost anything to download and play Fortnite is, but however, players mock people who haven’t purchased a skin or Battle Pass. It's like kids calling other kids poor. It's kind of annoying being a "No Skin", but atleast I personally used a couple of hundreds euros just for the sake of it.
781 0 Share
5.0 (2)