Neverwinter, an everyday free game, is a role playing game based on Dungeons and Dragons where you go through various free maps and complete missions and mini dungeons that lead to boss fights. The game has a lot of the basic classes that would be found in Dungeons and Dragons like wizards, paladins, warlocks, rouges, fighters, ect. The game gives you the abilities and sub classes of the character to your customizations. Neverwinter is a mass multiplayer game so you can grind up your different classes with all your friends. One thing that desributes it away from other Rpgs is the involvement of many different currencies and many different character builds. The graphic in neverwinter arent the very best but it is made up for with the massive gameplay and small amount of bugs. The Neverwinter team is consistant with punishing those who use cheats so the system if quite fair. Of course as with every game it is pay to win but that factor also shows how those who work hards can make a better character than those who pay. Neverwinter is also a crossplay compatable game so all of the people who like playing on the Xbox over the PC can still play with their friends because diversity is encouraged. 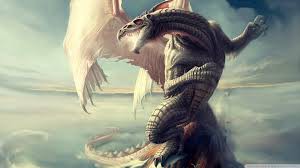 In the campaign there are simple missions and Awsome dungeons on 26 different maps for a player to play on and level up on to eventually max out that character.

The game has monsters and quests all over each of the maps. Tjese will give experience and the simplest of currencies, gold coins; silver coins; copper coins. With the gold you can get better gear Materials for your wokshop, a place you unlock at level 15 from Sargent Knox: The Main Quest Giver, or potions. The campaign as you progress gets harder and harder while the awards go up. The differne areas have different mosters and different themes. The map below shows some of the more important areas of the campagin and where they are relevent to the map. The Main area with the most quests is the lobby area called Protecters Enclave. Protecters Enclave is where you can find Sargent Knox and King Neverember. My personal favorite part of Neverwinter is the queue system. The queue system is a system in the game where you can gain astral diamonds, the currency for the auction and various other mini-shops, by participation in different dungeons. By just finishing a dungeon you get atleast 1000 astral diamonds which is quite a bit. You will also obtain quite a bit of experience. In order to get these rewards You must be doing the random leveling queue though.

To all potential players I hope you have a great day go and download Neverwinter and enjoy yourselves. Also go and check out the Neverwinter official website and the amazing Wiki.