Is it worth playing? (Naruto Online Review)

Here we are talking about one of the big three Shounens to ever hit the anime industry, Naruto. We've all been there, wanting to take the place of the main character and become the next Hokage, or Pirate king, but we all know that's only a dream. So what's the closest thing to it? Games, where we are players can immerse ourselves in the place of the main characters in those animes that we admire so much. So today I'll be giving my review on the high grossing browser game, Naruto Online. As with much of my reviews, I'll be splitting the genre's into chunks and provide the average in the end.

Gameplay 8/10: This games goes as far as any online anime adapted strategy game there is with the words "online" next to it. However, this game probably does has it best when compared to its other competitors. With many of these games, we are faced with just endless clicking and really nothing to really pay attention as you can go through about 2 to 4 hours of the game by clicking away at what the game wants you to, but this game brings in an interesting combo mechanic that I haven't seen much of in other types of these games. The combos hold a plethora of situations in which you can crowd control the target, which chains with other ninjas that you have in your formation. (Ex: Low Float->Knockdown). These can be interchangeable and tweaked to your liking in the character customization, under "talents." This really sets this game from the other counterparts as it gives something to customize and look out for when playing the game, other than just equipping the items given by the game and just letting the game do the rest when you click an enemy. By playing this game you can get 100 Play
Art 7/10: While the view of the character models to the environment or setting seem quite awkward, the models itself are quite detailed and the animations for each jutsu are simple beautiful. The variety of each jutsu and character are simply in the plenty and each ninja provides a new style and look to it, which avoids the point of boredom by looking at the same attack over and over again. The animation are quite smooth and the choreography of each move are extremely entertaining to watch, Bandai Namco doesn't seem to let us down this time either.

Story 6/10: The story is pretty much a rehash of the original anime, using scenes from it and placing it as images within specific cut scenes. If you're an avid Naruto watcher, you'll find yourself just skipping through the storyline, just to get to the gameplay faster. However, if you are not really familiar with the context of Naruto, then this is a good way to learn about the story which enjoying the game at the same time. 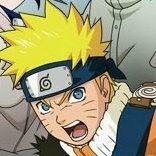 100 Play
Overall 7/10
Additional Notes:
-The game, although has its chain mechanics, does have the tedious point and click gameplay that most of these games have, but that's what they're known for so it shouldn't be a surprise.
-The game's screen may seem overwhelming at first, but after a while you get use to it.
-The tutorial lasts until about level 15 and from then on it somewhat allows you to free play, but quests are still point and click as it gives you no sense of direction or map on where you're suppose to go.
-You can only skip or fast forward battles after level 20, anything before you have to watch them fight (Which isn't so bad as its quite entertaining)
-I personally find this is be my favorite flash game. (Speaking of Flash, you need adobe flash player to run this)
-Even with stunning animation, don't worry, any computer can run this game.