Is SMITE a good game?

Smite is a really cool game and is considered one of the best MOBA's in the world. The reason it is rated like this is because of its free download and because it is very unique. There are many different Gods from different pantheons to play with, my personal favorite is Cupid, the Roman God of love, purely because he is not close range and he can kill many enemies at once with his awesome ultimate ability! I have also mastered him to mastery level 2 (II). One of my best Gods that I play with is Mercury, because I like how he is the only God in the game that uses his fists! I would say I am very good with Mercury because I have mastered him to level 10 (X). Overall this is a very fun game to play by yourself, or with your friends, with all the characters and rounds to choose from, you will almost never get bored! 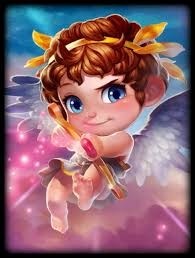 By playing this game you can get 100 Play
So, there are many rounds to choose from, my personal favorite would definitely be Assault, because of its random character feature, you don't know who you are going to get, and maybe you can find a new favorite God, (this is where i first tried Cupid). There is also an adventure mode, this is also one of my favorites, you go on a quest to kill all the bosses and beasts that are a threat to the city! You are also joined by 2 other people. Once you have killed a boss, a chest will appear giving you an item which can be used to make your God much more powerful! The classic map that is most played is called 'Conquest' basically you and 4 others are fighting the other team, your goal is to get to the enemy titan and kill it, but its not as easy as you might think! There are towers and phoenix's in your way, and don't forget the opposing team. 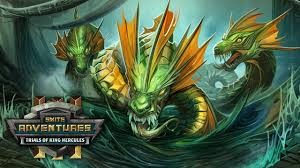 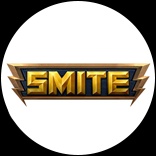 100 Play
Each God can be customized with a skin, this can be won through a chest, or you can save up some gems or favour to buy the skins. My favorite skin is Run.exe for Mercury because the skin changes color during the game! There are also some special events, like the Oddesy, where you can buy a limited skin that will then be gone forever! This only happens once a year. My favorite Oddesy skin would be Ragnorak Thor because he starts off with someone without any armour, but as he levels up troughout the round, he gains armour and gets bigger! SMITE is one of my favorite games, that is why I am writing this article on it! I would truly recommend this to anyone who enjoys playing online multiplayer game that's objective is to kill the opposing team! Also you can log onto Discord and chat with anyone else on Discord on your team!
1532 0 Share
5.0 (2)