Battlefield 4: The next step in gaming

Battlefield 3 was an impressive game, but Battlefield 4 only got better. In this review I will tell you my opinion on the multiplayer, campaign, and general game play.

First I would like to talk about the improvements from Battlefield 3. The most noticeable improvement was the controls. Battlefield 4's controls were flawless. They allowed the player to play more smoothly and naturally. They also seemed to improve their maps and "levelution" aspect of the game. The maps could become completely changed in the middle of the game, varying play styles and possible turning the tides in the game. Battlefield 4's levelution could also be used as an advantage, making games much more interesting. The last major improvement in the balanced game finders in Battlefield 4. I never joined a game which was 2 vs 10, making the whole experience much more enjoyable. By playing this game you can get 100 Play
Now: The campaign. The Battlefield 4 campaign is a long, addicting, and realistic one. I had the most fun I have had in a long time. The campaign features almost every vehicle, allowing you to master your skills for multiplayer. In a way, the campaign was just a fun, large tutorial for the game disguised as a game mode. The developers made this games campaign almost perfect, although I do which there were planes in it. The campaign finishes off with one of the hardest decisions in gaming, leaving you wanting more. The campaign also features massive, detailed maps, and combined with the games extraordinary graphics, it's quite an amazing sight.

Next is the multiplayer. As mentioned previously, Battlefield 4's "Levelution" plays a big role in the multiplayer aspect of the game. One can literally bring down a building to change the map, as shown below: 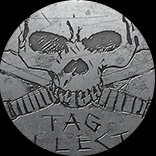 100 Play
Along with levelution, the multiplayer maps are massive, making it one of the most realistic games out there. The multiplayer features boats, cars, planes, helicopters, tanks, and some other vehicles. It also offers many play styles, allowing the player to change up the way they play every once in a while. Possible the defining feature of multiplayer, Battlefield 4's classes allow each player to have a different, specific role in the game.

The overall game play of Battlefield 4 is amazing. This is one of the few games which you don't regret buying a year after playing it, and due to its various maps and play styles, it almost never gets boring.

This game is one of my favorites, and I really suggest playing it. Although it's not free, you will get your moneys worth. It is personally the most realistic, innovative, and addicting modern war game available today.