Agar.io still worth the hype 6 years after release!

Agar.io was released in April 2015 and became a very popular online game for all ages to have fun and simply pass the time. Some however took it to the next level and became very good at the game using it to fuel their videos on the suddenly booming YouTube. This is all practically common knowledge but is Agar.io a tale of time or does it deserve to still be relevant today? This is my experience with the game as a whole. In this text I will be discussing the basic mechanics of the game as well as its key and advertised features as well as a short summery of my personal opinion on the subject so if that peaks your interest keep reading on to find all about this game of dot munching that has been successful enough to have a fan base even 6 years after release with minimal updates, which many would argue is one of many reasons it has maintained its popularity as its holds that old 2010’s charm of many peoples childhood/adolescent years.

The premise of the game is simple, classic and unchanging. You move a dot around the screen collecting small dots across the map and growing in size as you do so, and while you are small you can hide in green spiked areas bigger than your dot but beware if you are bigger than them they will swallow you up! This of course ends your game. While you can grow from the small dots on the map it will only get you so far so eventually you will have to turn your dotty eyes onto fellow players and attempt to swallow them up by diving or chasing them around into a corner. Of course there’s always a bigger dot in the Agar.io Sea; so unless you are number one you need to be very careful. Big players are very threatening to everything that moves on the board which is all the more reason allies in this game are crucial to a successful gameplay. You can donate some of your size to another player possibly to a friend so they can conquer your enemy or simply to appease an angry god-sized player. Though even these god sized players have a weakness as even if they could swallow you whole they move at a snail’s pace while the smaller cells can move a lot faster meaning if they decide not to divide you can outrun them and run to your green spiky patches of safety and sanctuary where you cannot be harmed by the god sized dots of doom.

During its release year, I was personally an Agar.io fanatic as were many people around me at the time. So I was interested to see if there were any new developments, and to my delight there were. There are four modes: FFA (free for all, i.e the classic mode), teams, experimental and battle royale. There are also some new skins that you can buy with coins in game and some that are unlock-able via levelling up which is done the normal way of experience of playing of course the more success per game the higher the amount of experience you receive. There also is a way to create your own personal skin so you can be unique to all others on the agar.io field if you are willing to take the time to do the free upgrade to your account. It is playable on almost any online search engine such as Google, Bing etc. This is news to all bored students with a laptop such as myself. But if you are not fortunate enough to have a laptop or pc nearby that functions at a decent rate I would recommend downloading it on mobile as lag in this game can be very irritating and get you killed early. 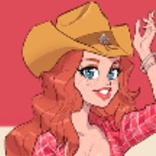 Thankfully to download on mobile it is still free of charge. It also has the great on its side that you do not need to have a whole gaming set up to appreciate the game neither do you need experience gaming as a whole, you do not even need a mouse just a laptop or pc with keys or a previously mentioned mobile. There are also challenges to complete besides the obvious number one on the leadership board for your round. You are also given daily quests to view and challenge not only yourself but your experience of the game as a whole in all the best ways. There Is also party mode which allows you to make a separate lobby with your friends and join via a code that your friends give, for a more intimate agar.io experience. However I would recommend you play the public lobby first as you cannot get the full experience of the game if the amount of players is limited to a small number.

To conclude, Agar.io in my humble opinion deserves all the praise and hype it got during its release and this praise should still be given to Agar.io to this very day. The colours pallet is very appealing to the eye and I am very pleased I have a classic game that I can play with anybody from a relative that has no experience to a full-fledged gamer; and all appreciate it the very same amount which is rare for games. The premise of the game is very simple yet very addictive and entertaining whether you were once a fan or this is your first view of it I highly recommend trying this wonderful masterpiece. If you are still not interested I would recommend their similar games that were released after such as slither.io or tank.io which are equally fun in their own rights. I implore you to spend 5 minutes if your free time to pop in the good old search engine and give it a go, after all it’s free what do you have to lose besides a few minutes of your time, which considering quarantine is a thing now many of us have time in abundance.