CSGO: Worth your money?

I have been playing CSGO for the past year (which I know it is not a long time) and I've enjoyed it so far. It costed me ten dollars because I acquired it through a sale but originally it costs around fifteen dollars. Counter Strike Global Offensive(CSGO) is a mass multiplayer shooter game that revolves around the concept of dividing people into two teams, counter terrorists and terrorists. On each sides you get different guns limited to only that side and you gain money every round to buy better guns, gear, and grenades. On the terrorist side, one person starts out with the bomb and has to plant it on either the A or B bomb site. The counter terrorists try to defuse the bomb before it explodes, and your team wins my either killing everyone on the opposing team or defusing or exploding the bomb. 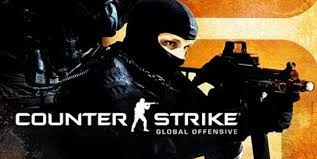 By playing this game you can get 100 Play
My personal bias for sides is for terrorists just because I'd rather plant the bomb. There are MVPs every round for either killing the most people or planting or defusing the bomb. Some things I didn't like was the community. The players on the servers are often very annoying and immature. Sometimes when the microphone is on, they make terrible sounds that makes you lose focus from the games. Due to this aspect, there is a kick player tool where a percentage of the players can vote to kick out a player.
If you are a beginner playing this game, I advise to not do competitive because many of the players on there are super good and can shoot you dead in less than half a second. Since this is such a popular game, many players have gotten very good at it and this makes the upper level competition substantially harder. 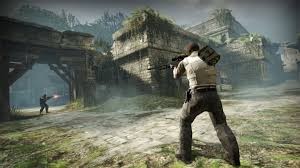 100 Play
Some things I like about this game is it's different modes. It has recently added a wingman mode which gives it more sustainability. There are also different maps that can be chosen from in the casual mode, but I feel like there could be way more. There are also many in game purchases in this game for skins. CSGO skins are a very popular item and they just make your gun look cooler. When you die in game, another player can pick up your gun and use it until they die which makes me believe that skins aren't really nessecary for me. There are a wheel of categories of guns from shotguns to machine guns, and they each cost a certain amount of money. If you die, you have to buy another gun other than your standard pistol.

Overall, I can see why this game is very popular and is way more fun with friends. I believe it is worth the purchase if you have someone to play with.
1319 0 Share
5.0 (1)