For perspective, this is approximately 198 days, which is more than 28 weeks, and more than six months. That's more than I've played any other game, ever. Sometimes I wonder if it's more than every other game combined, though that seems unlikely.

So, closer to 5,000 hours than not in Dota 2, and I still feel some trepidation about writing a review of it. It is without a doubt the most confusing, infuriating, disorienting, unforgiving game I've ever played.

I also think it might be my favorite game. And that just may be because Dota 2 is a game willing to be confusing, infuriating, disorienting, unforgiving and just plain hard.

Based on a mod for Warcraft 3 in the mid 2000s, Dota 2 bears a great deal of the RPG-infused RTS gameplay that defined Blizzard's series — so much, in fact, that some characters in Dota 2 and Blizzard's Heroes of the Storm share identical voicelines. 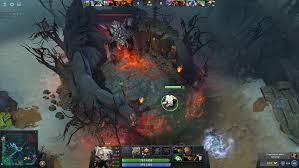 By playing this game you can get 100 Play
At its heart, Dota 2's basic gameplay is that of a twitch-based action-RPG game like Diablo. You right click on a point on the ground to move to it, you right click on enemies to attack them, and other buttons are tied to special abilities and items that can be bought at a few shops around the map. Of course, it doesn't stay simple from there.

Dota 2 is a multiplayer game primarily consisting of five-on-five battles to destroy the other team's "Ancient." Before the game begins, each player must select a hero from a pool of over a hundred different characters, ideally fulfilling roles that might be familiar to MMO players. There are supports, and tanky cores, and DPS-heavy glass cannon damage dealers, and plenty of roles in between, and teams that choose a line-up that synergizes well are more likely to win. 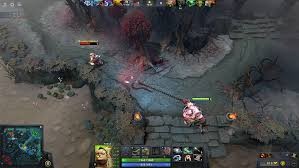 100 Play
Dota 2 has a single map, more like a playing field, that's split into three lanes — top, mid and bottom — and two sides: radiant and dire. At the beginning of the game, teams generally distribute their players to those lanes.

As this is all happening, AI-controlled minion creatures called creeps spawn from each base from a set of barracks in each lane, with radiant creeps making their way toward the dire base and vice versa. Each lane has three dire towers and three radiant towers, each of which must be destroyed in order to take out the next. Each team's ancient is in their base, behind a final, fourth set of towers. A game is not over until one team's ancient is dead. From a high enough altitude, Dota 2 isn't unique. The original Defense of the Ancients spawned numerous "proper" repackagings and reimaginings, from League of Legends to, more recently, Heroes of the Storm. In each of these games, as you level up, you can gain new abilities or make existing ones more powerful, and it's these abilities that generally determine what role you should play in your team. But it's in the particulars of its execution that Dota 2 stands out.
1136 0 Share
5.0 (1)