As this is all happening, AI-controlled minion creatures called creeps spawn from each base from a set of barracks in each lane, with radiant creeps making their way toward the dire base and vice versa. Each lane has three dire towers and three radiant towers, each of which must be destroyed in order to take out the next. Each team's ancient is in their base, behind a final, fourth set of towers. A game is not over until one team's ancient is dead.

From a high enough altitude, Dota 2 isn't unique. The original Defense of the Ancients spawned numerous "proper" repackagings and reimaginings, from League of Legends to, more recently, Heroes of the Storm. In each of these games, as you level up, you can gain new abilities or make existing ones more powerful, and it's these abilities that generally determine what role you should play in your team. But it's in the particulars of its execution that Dota 2 stands out. 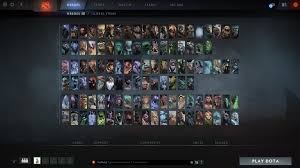 By playing this game you can get 100 Play
Each player over the course of the match will have to buy items in order to sustain them out in the world, and items that augment their hero's basic skills with bonuses, or, as the game progresses, completely new abilities.As a match of Dota 2 progresses, many of these items can be upgraded or combined to form new, more powerful items — boots, which make your hero move faster, can be turned into arcane boots for example, which restore some mana to any friendly heroes nearby when activated. It also gets a lot more complicated than that.

These items are key to Dota 2's in-game progression, and that's key to Dota 2's wild sense of experimentation (more on that in a minute). Some heroes are far less useful early than they will be later in large part due to the benefits provided by items that are considered key purchases for that hero. 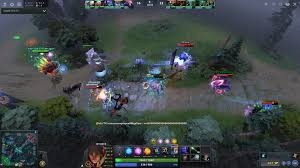 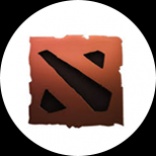 100 Play
Items are bought with gold, and levels are earned with experience, both of which are gained from the death of enemy units near you. This is common to MOBAs. Dota 2 takes this system and adds to it with the concept of last-hits and denies. Securing the hit on a unit, hero or structure that kills it yields extra gold to the killer, and extra experience. However, when a friendly creep or structure is below a certain threshold, you can force your character to attack it. Securing the last hit on a friendly unit denies part of the resulting experience from your enemies and prevents them from getting gold from it. And in some rare cases, you can even deny friendly heroes, or, god willing, yourself.

Last-hitting and denying is one of many pieces of Dota 2 that reward high-skill play, and the game is full of bits like this that are only really learned over time. The reason? Dota 2 is an exercise in dynamic problem solving.
1145 0 Share
5.0 (1)