Evolution Of The Best MOBA Of All Times

Dota 2 is a MOBA game (Multiplayer Online Player Arena) and is considered the Mother of all MOBAS since, it was developed from the map editor for Warcraft 3.
Quickly the game was very well received by the community of gamers and spread quickly because its innovative mechanics and at the same time easy to learn to play, was the cause of many hours of fun by its users.
Time was passing and there was a need to improve their graphics, sounds and animations and that is why a group of Dota users created the game of LoL, endow 1 was lagging behind in innovation and urged an improvement. It is when Valve appeared who allied with Icefrog (the initial developers of Dota) and launched the project of Dota 2.

There was a need to gather a team of developers (illustrators, audio technicians, photographers, animators and programmers) committed to continue making Dota the best of all the MOBAS. By playing this game you can get 100 Play
1219/5000
The game of Dota 2 had some ups and downs that delayed its launch, some with Blizzard, that claimed rights on the game since it was developed initially with its code, but, gained the good sense because although Dota 1 was created from the graphic engine of warcraft 3 As well as its publisher, Blizzard had freely arranged the map editor for users who wanted to design their own scenarios and the copyright really belonged to Icefrog.
The conflict was ended by solving a time after the release of Dota 2 where Icefrog and Valve changed the names and designs registered by blizzard.

Dota 2 before its launch had a testing time in which was participated by exclusive invitation of the developers after completing a survey referring to some data of the person who wanted to play the beta and the computer resources that would use.
Over time the person invited to the beta could also invite their friends to participate in this closed beta although it did not take long for the game to launch the open beta.
Dota 2 was gradually incorporating the heros that had the Dota 1 and was also modifying features of the map. 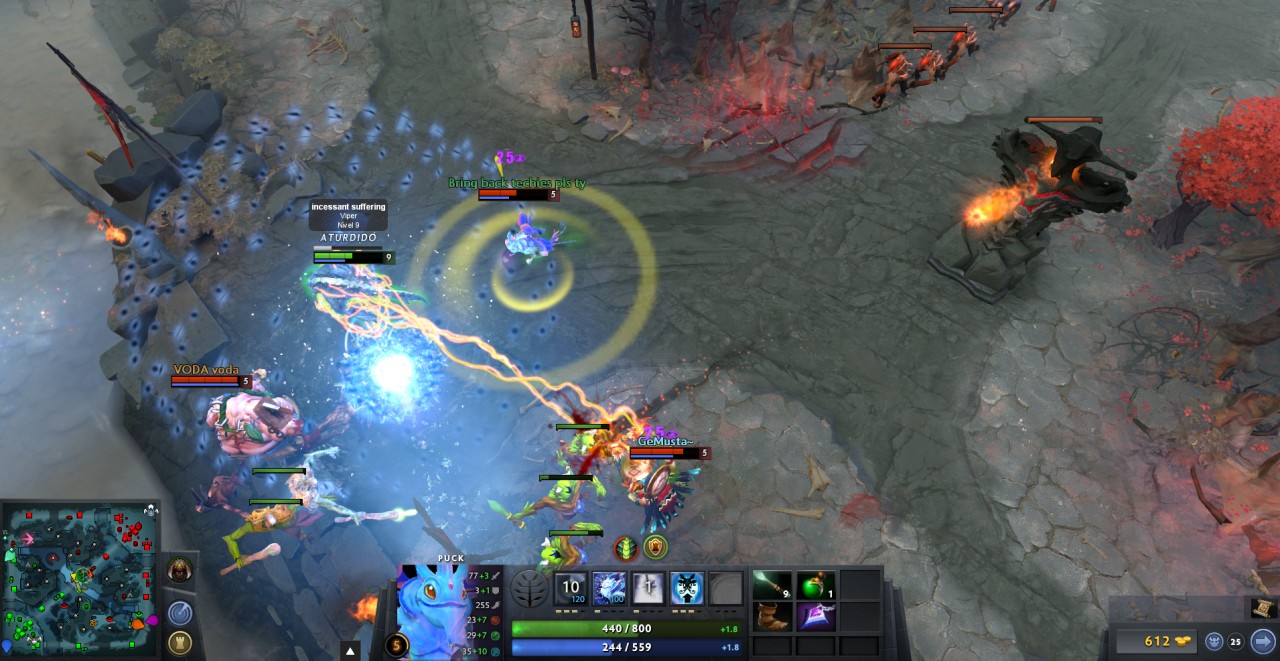 100 Play
It was with the incorporation of the new graphic engine that the major graphic reforms were made, of which we enjoy today, with these we also incorporated a radical reform to the original map, which did not have a good acceptance on the part of the community, although It was a matter of adaptation and custom, so today it is no longer a problem for those who continued to play it.
Dota 2 is the most popular MOBA of all, not only because of the historical development it has had or because it has inspired many other MOBAS, but also because it has always strived to be at the forefront and cares for the well-being of its users.
The game is so popular that there is an international tournament that faces the best teams of Dota 2 annually and the prize pool exceeds 20 million dollars.
In general Dota 2 is the best MOBA of all and although many try to copy its essence, Dota 2 will always be number 1.
I invite you to play it and enjoy all the benefits it offers to play it.
See you soon.
1314 0 Share
5.0 (1)