Unite to the Dragon Ball Adventure

Dragon Ball Online is an MMORPG based on the Dragon Ball anime series, this game gives you the option to create a character to join the world of Dragon Ball.

Each character begins their adventure in the world of Dragon Ball Online as a child and we must advance in the game until arriving at a level near the thirty in which we will be able to complete a mission to become adults. By playing this game you can get 100 Play
In Dragon Ball Online each species possesses unique and special abilities, humans can become Supersaiyajin while Majin species can temporarily become the main enemy of Dragon Ball called Majin Buu.

While the species of the namekusei can become giants temporarily.
All characters at an approximate level of 20 can perform a mission that will give them a special ability that allows them to fly all over the battlefield.

And the main missions in which it allows you to relive the main events of the Dragon Ball story, starting from when the protagonist of the anime Goku was just a little boy. 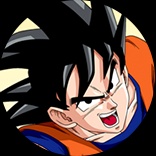 100 Play
Including battles against the villains of the first chapters of the anime, then the martial arts tournament, the battle against the demon king Piccoro Daimaku, fighting vegeta and raditz, problems with the androids number 17 and number 18, the tournament of Cell's martial arts until the final fight against Majin Buu.


Dragon Ball Online also allows us to enter the adventure of searching the seven spheres of the dragon in order to summon the god Shenlong who will grant us a wish or give us a special armor for our character.

So Dragon Ball Online is highly recommended and the requirements you need to play them on computers is not very high. In addition, Dragon Ball Online has a great quality of graphics and an excellent soundtrack very similar to the series of Dragon Ball anime.
1521 0 Share
5.0 (1)