Fire emblem echoes is part of the Fire emblem series for the 3Ds, it is a full price game and designed for a long playthrough. It is described as a fantasy RPG with a tactical playstyle. The story is that of a country called Valentia in a civil war between Zofia that is ruled by the goddess Mila and Rigel that is ruled by the god Duma. The story of our hero's begins wholesomely with them as children until it takes a turn and one needs to leave their friends. The story then continues when they are both of age and go on a epic conquest, as the gamer we get to see their two separate stories until they collide with romance or possibly tragedy? While there is romance present there is no sexual scenes present however there is some mild swearing as well as delving into the supernatural in the form of evil spirits and the occult. I would recommend this game for anyone in their tweens or up as the age rating recommends as anyone above this age will be able to play and appreciate it best. The game has a lot to offer in terms of playing style, You can use the phoenix mode to revive characters each chapter however if you are playing classic route once a character dies they are out of your gameplay for good for that run; There is also a hard mode for those more experienced players. There are many weapon classes to wrap your head around these consisting of: soldiers, cavalry, mages, clerics and many more that get new classes and tricks/spells with experience. There is also some dungeon crawler likes aspect as when your explore new hideouts you can be ambushed by enemies. While the story is not the most captivating story ever the character interactions with one another are often very fun to listen to however you can speed this up if you are not one for filler material. If you want the best chance to complete this run however you may want a walkthrough handy as it is easy to miss a lot of good items or even miss recruiting members that will be very handy in the later battles to come. 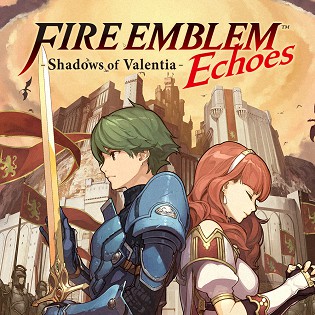 There are very little negatives to this game in my opinion and is a borderline golden example not only for RPG'S but for tactic based games also. However it is not fully without fault. One of my only faults for this game is some characters are very interesting but are given less screen time verses some more boring and arguably irritating characters. In my opinion Kliff should of been given a lot more screen time and interactions than Faye but that of course is my view of their personalities. Beside this point it is a super well rounded game that while not easy to play is very addictive and fun as there is a bit of everything from towns to plot to weapon crafting to adjust it to how you want to play that unit in battle. The villains of the story are also well fleshed out and in my opinion are the prime example of the villains you can love to hate yet still can feel sympathy somewhat to some of them and this provides a true sense of accomplishment and victory when you finally defeat them and finish the game. I would highly recommend this game to anyone with a 3Ds over the age of 12 as it was worth every penny to me even after multiple replays