Forge of Empires is a great game when it comes to strategising your way to level up, it is a simple traditional game which follows up on the era of all humanity. The whole game involves the mouse utility and allows you to advance in the game with your knowledge on how resources are used, you have a number of gold, materials, tokens and diamonds to help support your way into building a bigger, healthy and growing settlement.

For a beginner, it is straightforward and does not require much skill however the tutorial helps guide you through the foundation of the game and what is necessary before you continue further developing. On an ease of access perspective, it is welcoming but it lacks sufficient detail to all sorts of gamers whether you are partially sighted or colour blind, this does not aid in any way possible for example the resources can be hard to see.

By playing this game you can get 100 Play
Some of the perks this game offers are that it follows up on seasonal events, the user is able to navigate through quests (Halloween as shown in the image) and be able to random rewards as a seasonal offering. I think this is a great way of entertaining with the user without them having to constantly look at the originality of the game when they can explore a new feature of styles implemented. From this Halloween quest, I was able to complete a part of the graveyard mission, it was relatively easy and accessible to all players including both free to play and pay to play, this is good for people who generally do not like to pay for the game and still contribute to seasonal events which help build up a stronger relationship between the client and the user. Although the further you get into the quest, the harder it becomes, however, this necessarily does not mean you have to pay for the game but claim a bit of reward as a free user. 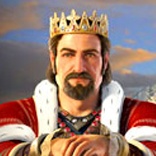 100 Play
Not only does the game offer a strategic way of developing your settlement, it provides a diverse action hex based attacking simulation which is a unique way for the user to get involved by attacking their enemies on the battlefield using the troops they recruited from their settlement. This way of playing the game offers a new experience for beginners to understand that the game offers a variety of gameplay rather than the same old build 'n' upgrade. Troops have a single move per round, depending on the troop they are able to move almost anywhere on the hexes, enemy territory is found on the right-hand side of the board whereas allies are on the left, you are able to go almost anywhere on the map and the winner remains standing with the most number of troops alive.

Overall the game is well-balanced and tries to develop an interactive way of building a relationship with the user through seasonal events however the only downside is that it does not provide further ease of access.
1331 0 Share
5.0 (1)