Is H1Z1: King of the Kill the best battle royale experience?

H1Z1: King of the Kill is a battle royale game where you fight to be the last man standing. It is multiplayer, open world, and in the third person mode. You don't have to fight on your own either, you can fight in solos (1 person), duos (2 people), and fives (5 people). The game features a massive map (10x10 km squared) and this map includes open fields, forests, large towns and cities, and other notable features. The game also features vehicles. The game has you parachuting into the map with 149 other players, scavenging for weapons and ammo, and surviving to be last alive. While doing this, the 'toxic gas' surrounding the map gets smaller and smaller, eventually making the map become one single point. If you go into the gas, you die. This guarantees a winner and make sure games don't last forever. By playing this game you can get 100 Play
The game features an arsenal of balanced guns and some grenades and other equipment. You will likely have a different set up every game, making each match unique in its own way.

This game also features a ranking system, making it so competitive players can have their fun.

Before I begin speaking about the game, it is very important to note that the rest of this article will be based on opinion.

When I first started playing this game, it was very, very frustrating. The gas would often appear out of nowhere, other players were always well hidden, and I would never make it to first. These obstacles aren't easy to pass, but once you do, H1Z1: King of the Kill becomes one of the most enjoyable games I have personally ever played.

The graphics aren't too good, but that hasn't had an effect on my gaming experience so far. 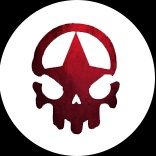 100 Play
Good things about the game:
- Different modes (solo, duos, and fives)
- The map is very realistic, with torn down towns and large fields
- All guns and the game itself is very balanced.

Bad things about the game:
- The map glitches a lot, normally it is not too bad, but sometimes it ruins the game.
- Sometimes the crouch gets stuck, and you cannot start sprinting from the crouch position
- It lacks weapons and vehicles, it could use more content

Considering all the pros and cons of the game, this game is worth it. It costs $29.99 on Steam, and it deserves every cent you pay. This is one of the games which you can pay for hours without getting bored or frustrated.

Conclusion: I do not believe it is the best battle royale game, but for the price you pay, it is a really great game.