There are Better Alternatives Out There

I recently started playing Imperia Online and I’m here to tell you some of my opinions on the game.You know, some FACTS. Fact number one:

This game is exactly like any other ‘build up empire, then destroy others’. There are no special side deals on it, no campaign or anything. It is literally just another finish the tutorial, build your castle and then destroy everyone around you with your alliance kind of game. Honestly, I think the 6/10 rating given by Steam was a little generous, you know, I think I would rate Clash of Clans higher then this waste of your time. I’ve played other game like this, Boom Beach, Grepolis, and obviously Clash of Clans. They all have their place, but this…this just adds nothing to gaming as a whole. When I feel like I had found everything to this I was on like Level 6 I think. By playing this game you can get 100 Play
So now you know that there is not much content to it, I must commend it on its graphic design. To tell you the truth, the first time I logged in and everything I was a bit surprised with how detailed the art was. I actually experimented with this a bit. What I did was take a screenshot and I pasted it into Paint. And let me tell you, I zoomed that sucker all the way in, as far as I could go and it was only then that I could see the pixels. For a browser, I was pleasantly surprised by this.

For many people though, including me, graphics is the most important thing to a video game. Although it has its place, a good storyline or the amount of playability is the most important thing. In this category I would have to give a 3/10. Yep, I know, that’s harsh, but that’s just the way it is. Most of the mechanics built into the game are either all discovered and get boring or only unlocked near the end where you will never get to because you’re so bored of playing tutorial quests to level you’re account up. 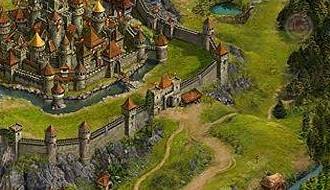 100 Play
Talking about tutorial quests, Imperia Online never really seems to give you any freedom in what to do, unlike Grepolis. It doesn’t really teach you what to do (which is what Grepolis does (much better design)), it tells you what to do. A game that does this is one which has to constantly spoon-feed you until it finishes the quests and you have no idea what you are doing or what you should be doing. Even if you figure out, by some miracle, what you should be doing, you have no idea how to do it because all of the how-to articles are dictionaries and not helpful at all. It just tells you a what a garrison is, not how to make one.

Anyway, I think you’ve gotten the gist by now that there are much better alternatives to this game out there. Even though it is an available download on Steam, I think if you were forced to play this game save your computer space and just play it on browser. I doubt there would be too much of a difference anyway.
2574 0 Share
5.0 (1)