W2k17 Review Check it Out, Dunkin' Donuts Review, What are groups for in Roblox

Are you the type that likes wrestling? Do you want to be able to wrestle? Then the game WWE 2k17 is the perfect place for you to go. You can wrestle all you want and have the best time with your friends. It is an amazing experience to witness and is very fun to play. It has different types of matches which I personally think is great so you can see how each one is and get the full experience.
I have been there myself and had a lot of fun with my friends including the owner and co - owner of Articles and I think they would agree with me. I think they have a really good set up there, they have the wring of course but they have it in an orderly fashion so mostly everyone gets at least one shot to play and have a great time. It can be a long wait until you finally get to go but it is amusing to watch others at the same time. It is a thrill once you get in the arena and it can be frustrating when you loose but you always get another shot in another type of fight. Don’t worry you will be able to win
The fights are just nice and simple, detailed enough to be able to have a good time. They do not include gory sights so you do not have to worry about seeing some type of blood which is great for little kids or people that do not like that stuff who want to play and have some fun themselves. It seems very real when you are walking down because you get to walk down to the arena and watch everyone cheer for you (you will get some boos but you don’t worry about that) which I think is great because you get the full experience of a wrestling match and being a wrestler yourself.
I would definitely recommend this game and try playing it. In my opinion I would think the best part is going against one of your friends that can get intense. Like I said I had an amazing time and so will you.

Recently, I went to visit Dunkin’ Donuts – a popular café on ROBLOX. My first impressions when I walked into the café were good. The atmosphere was welcoming, fun and happy! Music was playing and everyone was being very sociable with each other, there was also staff at every till, but on the server I saw that there was 23 staff and 8 customers. I normally see this as problem when groups have too many of their staff – as there normally is a higher ratio of staff to customers. Meaning there were staff just standing at the till doing nothing and just waiting for someone to order. Now because there were not many customers most of them didn't look like they were getting the chance to serve. So my opinion would be that they stop giving out jobs for a period of time, so that there would be a balanced ratio of staff to customer.
After walking in I went to a till to be served and they had a wide range of food and drink to choose from, I had to be given a minute to choose, which is normally good that a customer has a variety to pick from. I was served by ‘charlafashionista1’, who had good grammar and was happy to serve me! Then after I ordered I took a look around the café and I could straight away see that the development of the café had taken a lot of time, patience and effort! There were unisex toilets and a pool with lounging chairs at the side with two diving boards and tables and chairs at the back of the café. I also noticed that there was an elevator to the second floor, but as I walked in I died and a notification saying I needed an elevator game pass came up on my screen and from dying I lost my food and drink. The elevator pass was 20 robux and there was also a premier lounge that I also died from trying to go into, which was 75 robux. To be honest I would have liked that there would have been a sign to warn me or to notify me that I needed a pass. In my opinion I think spending robux on passes like that – well there is no point, but that's just my opinion.
I was quite happy with the café and I do recommend people to go check out the café, I think it's a great chance to make new friends too as I did! I didn't want to just give you my opinion though, so I thought I might see what someone else might think of the café! Although as we were trying to have this interview we had someone stalking us and there were a couple of trollers, which I think should be taken care of more! I spoke to ‘3ALYXANDER’, who is a regular customer at DD. He thought the café was really cool and that he really liked the design on the logo! I asked him what he thought of the service and he replied: “ Sometimes they get the wrong order, but mostly they get it right”. He also thought the staff were good, but they take more care of the staff than the customers. He said that he does like the service and does recommend DD, but gives them a 5/10. He said that they could improve by making ads and kicking trolls. I hope you enjoyed reading this article and maybe visit Dunkin’ Donuts some time soon! by Matamores 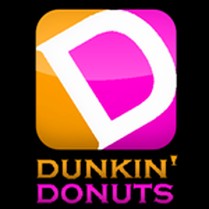 Have you been playing Roblox recently and have wondered what the group part is? The group part of Roblox is very popular and one of the biggest parts of Roblox. Groups can either be companies on Roblox (Such as McDonalds, or Target), Roblox armies, and much more. If you go searching for group that you are interested in then I am sure you would find one because there are millions of groups out there for you to see. You can also make friends when you join groups. If you join a group that you are interested then you are very likely to find a new friend because most of the people in that group would have the same interests as you. Another thing that you can do at groups is t apply for a job. Some groups allow you to apply for a job, which is a great way to become a busy person on Roblox. But at some places (Such as Armies) you can't apply for a job, you have to be promoted by ways such as boot camp, loyalty, or maybe both.
​
[APPLYING] When you want to apply for a job then I have to know what job you are applying for, rather it be Barista, Flight Attendant, Cashier, etc. You also have to know what the job is (What you do while you are on the job) and how to do it. For a lot of jobs you will go through training but that isn't the case for all groups. In some groups you will have to join their game as a consumer and find out that way. Or if you get the job then ask an higher rank about how to work correctly. ### last few things about applying is using grammar and being active. Grammar is an important part of applying because if you don't use correct grammar then they might not want to hire you because the costumer won't be able to understand what you are saying. You need to be active because if you are not on the job that often then they would probably fire you because they have no need for someone who doesn't work.

[ENJOYING] To be able to enjoy the group you have to be open to new friends and meet new people in the group. Normally when you are on the job you will meet others who have the same job as you or another one. It is great to become friends with someone who works as your same job because you will both be in the same job until one gets promoted or leaves the group.

In conclusion, groups are great places to join because you are able to apply for a job and meet new friends. I hope that you find the group that you will stay in for as long as you will stay on Roblox.
1623 0 Share
5.0 (1)