Hello, my name is Kristiyan and I am a support main in the game league of legends. I mostly play hook champions such as (Blitzcrank, Tresh, Pyke, and Nautilus) because for me they are amazing and a lot of fun. I have a lot of experience with them so I decided to share some basic tips and some tricks on how to play those champions so you can win more games by basically serving the opponents to your ADC.
In this first guide, I will give you some info and tips about Blitzcrank who is basically the definition of the Hook champions(even tho he doesn't actually have a hook )

If you like this kind of guide be sure to leave a rate on the article and I will make more in the future. Also if you want to choose which hook champion should be next you can say it in the comments, The one that gets the most votes will be the next one to write an article on. Also if you don't like something about the guide tell me that in the comments so I can work on it for the next ones.

So what does this yellow scrap metal actually do 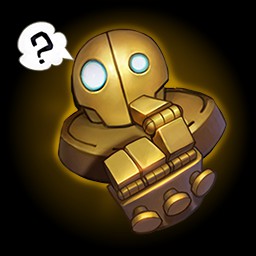 First of all, let's see what he is as a champion in league, bruiser support that excels in CC and making picks - in other words, he is good at pulling enemy players towards him from a good range and then making them incapable of making any actions for a good amount of time.

some of blitzcranks's pros are: some of the blitzcranks' cons are:
- a lot of CC. - he is somewhat squishy if focused.
- a good amount of burst dmg. - not a lot of sustained dmg after his initial burst.
- huge range on his hook. - the long cooldown on his hook.

Now let's look at his abilities
First his most iconic ability his Q Rocket grab.
He shoots one of his arms in a straight line grabs the first champion or non-epic monster in its path and then pulls it towards him.
This is the ability that allows you to make great picks and also puts your enemies in a constant state of fear from it.
You have to use it to your advantage and make your enemies have to choose to take a CS or to avoid you grabbing them.
Position yourself in such a way that their ADC cant just AFK farm and will have to constantly check they position towards you.

Next is his W Overdrive.
It gives you a burst of movement speed for a short duration and after that briefly slows you.
You use to close the gap between you and your opponent, to reposition you closer so you can hit your hook or as an escape tool.

His E is his second most important ability Power Fist.
You smack your opponent with an uppercut and knock them in the air making them incapable of any action for this duration.
Good follow up to your hook and is on a short cooldown so you can use it multiple times in combat.

His Ultimate ability is Static Field.
You do AoE dmg around you and also destroy any kind of shield that your opponent has.

And for last, I left your last resort in tough situations his passive Mana Barrier.
When you get below 20% of your health you gain a shield that scales with your maximum mana.
It allows you to tank the dmg of your target and give you more time to CC them.
Tips and Tricks.
-The most important thing is to learn the range of your hook very well this will allow you to have a good sense of when to use it at the max range for the best result.

-You don't always have to start a fight with your hook, if the enemy is very close to you you can just use your W to get to them and knock them up with your E, and after that just when they are landing throw a hook and Ultimate or keep your hook for when they try to run if you think they have some kind of escape or flash.

-Flash is the most important spell for you it can extend the range of your hook or make you in perfect range to knock your opponent with E, most of the time you will get your enemies by surprise if you flash E in the face.

-Blitzcranks hook unlike the hooks of most of the other supports can pull your enemies through walls this allows for great pickups if your enemies misposition themselves.

-Setting up vision with wards is important for every support but as a blitzcrank, this is even truer because having vision allows you to get your opponents by surprise and if you can eliminate 1 of your opponents even before the team fight starts you give your team a greater chance for success.

-In team fights concentrate on peeling for your caries, protect them and pull away any threat that can kill them.

-If you think your team has a good lv 1 advantage over your opponents always look to make an invade on the enemy team because as a blitzcrank you can take enemies through the wall near the buffs or even steal the buffs for your team.

-Be aware that champions like Ezreal or Tristana that have some kind of escape mechanics can cancel your pull with he hooks if they time their abilities correct, you will have to anticipate that or just wait for them to use the ability and then pull them if you are in range.

-If you are against an engage support like Leona or Alistar to be careful not to pull them to you cuz you are making it easier for them to engage on your ADC or even you, look to pull only the opposing ADC.

In conclusion, Blitzcrank is amazing support if you are good with the hook and you make good decisions throughout the game you will lead your team to victory.