I've been playing this game for quite a while now and to be honest, it's kind of hard to climb. Especially with the current "matchmaking" system that league has. It's kind of a "hit or miss" situation. You could get paired up with someone who'll carry you for the rest of the game or someone who'll feed until most of your teammates tilt and most likely you (me). League is definitely based on strategy which is focused on how to take objectives, team play and counter play or counter picking as they call it. You have to master a small group of champions in order to properly take objectives since you truly understand the capabilities of your champ. I'll be including tips for those who are new to the game since I'm not a very skilled player but I have some experience. I would recommend mastering champions which are tanky, legitimate tank champions like Garen, Amumu, Leona, Ornn and the such. Garen since you can abuse his passive early and much more in the late game, a tank with a lot of damage. 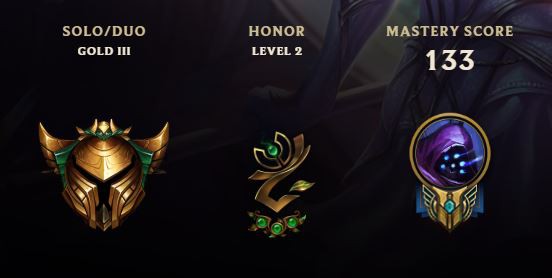 Amumu, since he has lots of cc, great jungle clear with tank items a table turning last skill. Leona because she is very durable and has tons of crowd control which can help with the early game and win the lane as early as possible. Leona for support or maybe even thresh since he scales into the late game very well and what can I say? Also has tons of crowd control (cc). Ornn because he can craft/buy items without having to recall and that's the best part, you'll have more time in the lane and probably get more CS and an opportunity to gank other lanes and take objectives.

Let's say that you do everything in order to win your lane in the early game and manage to take 2 towers, building items that counter your enemies, roam a lot and taking objectives as much as you can. In short, get fed and play well, right? This can really actually help you climb as long as you are attentive about your map. You can get fed and win your lane but that can mean absolutely nothing if the mid lane looses early game, bot lane loses the early game, feeding the enemy ad carry (I go top). It seems that no matter how hard you try, there will always be some, and i'm not saying all of them but there will be games that are definitely not winnable, even in your best state.

My tip is to open a tab in your browser and research about your team while in champ select and find out if your teammates aren't tilted from their last games and most of know their role very well. If you do think that you'll lose the game even from champ select, it's definitely much better to dodge the game instead and lose a little LP. You'll lose 3-5 LP the first time you dodge and more LP the more you dodge within a single day. So try to keep it at a maximum of one per day.

From my experience, accepting the ready check and going to champ select if the timer exceeds the estimated amount will probably place you into a role that you did not set.

Like for me, i do jungle and top but sometimes get placed to support or ADC and very rarely to mid lane. If you ever accepted the match and knew your teammates were trolling, not getting tilted is probably the best chance you have of winning, besides your own skill. I think that's all and hopefully while this quarantine lasts, i'll be able to climb up to platinum. Keep safe y'all.