I personally have been playing Minecraft since it came out on mobile about 6 years ago. It created jobs for its developers, its inspired many to create their on similar games, and its even made people famous on YouTube for creating guides and skits on Minecraft. It even gave YouTube a jumpstart. Over the past few years, youtuber’s have made livings off this game like DanTDM, SSundee, PopularMMOs and plenty of others. Everyday this creators post MC minigames, challanges and free play, making Minecraft very interesting. People started making mods to change things up even more. Mods have always been popular in Minecraft and couldn’t be funnier to play with. You can explore mysterious dungeons with even more mystical creature; dive into oceans and find mermen looking for a fight. Who would think followers could create such cool things? 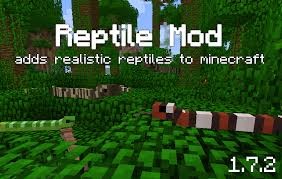 By playing this game you can get 100 Play
Many judge the game by its followers, little kids, and don’t understand that its a game fun for all ages. It can be full of strategy or full of adventure, YOU get to decide. Minecraft has been around for quite a long time and recently Microsoft bought the company for 2 BILLION dollars, showing that this revolutionary game isn’t done changing the world. Ever since, Minecraft has been changing more than ever with bigger updates arriving months earlier. All the versions of minecraft are slowly coming together, piece by piece, and sooner than later, we will be able to play cross-device with the better-together update. This game never seems to get old... it only gets better everyday day! And now, it couldn’t be easier for us users to modify the game ourselves with the addition on addons (which are basically mods). 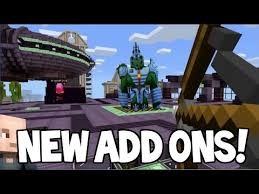 100 Play
With the help of Microsoft, Mojang has been developing updates for the game faster than ever, and has released many game-changers in the last few months. I hope this game never dies down, I really don’t. This game has really meant a lot for me in the past few years. This game meant I could always play online with my friends anytime, each time doing something different. Even if I wanted to play by myself, I could mess around in creative mode, building majestic castles and make functional redstone creations, or play in survival mode and try to defeat the enderdragon. Anything I could want to do in-game I can. ANYTHING! People have literally made functional computers and digital clocks using basic redstone. Other people have made texture packs, giving Minecraft a whole new perspective. This game has made history and has changed the definition of game. I hope that if anybody who reads this article, knows how much this game means to me.
1257 0 Share
5.0 (1)