Why Minecraft is one of the best games out there

Minecraft is a sandbox survival game made in 2011. I can almost 100% guarantee that most people who have accesses to the internet have heard of this game. It is very popular and has only gone up in popularity since its first release in 2011. One thing that keeps this game interesting is the updates that are constantly being added, whether it be big things or just more items, there is always something new going on in Minecraft. I have been playing this game since mid 2012, and still have not lost interest in it. There are almost infinite things to do while playing alone. Combine that with the multiplayer aspect of the game, and you have thousands of hours of entertaining game-play. The best thing about Minecraft is that it can be whatever you want it to be. Want to just build things for fun? Go for it. Want to make new friends? You can do that too! There's so much to do in this fun game. 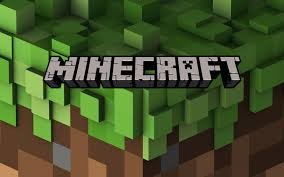 By playing this game you can get 100 Play
The biggest thing I've noticed when people talk about Minecraft is the giant community that surrounds it. When the game came out, the community was still fairly large. But now there are millions of people playing it that all have their own unique things to add to the already humongous game. There is maps that people have built. These can vary from just cool houses, cities, adventure maps (Which are like mini stories made inside the game by other players), or mini-games. There is also a great deal of multiplayer parts to this game. There are thousands of servers with so many different things to do. Some are just to hang out, some are for mini-games, some are for creating things together with other players, or just surviving with others. Most of the people in the multiplayer servers are very nice too!

100 Play
Besides the base game, there is also things that people create called mods or mod packs. These are additions to the game. Some add weapons or game features which can add more hours of game play than before. Overall Minecraft is a very fun game that can entertain you for hours, whether you want causal or more challenging play it has it to provide. The one thing people do bring up is the graphics, the game is made of all cubes or 'blocks' for such a big and fun game, it is hardly a big price to pay that new players can get used to very easily. I would recommend Minecraft to literally anyone because it has such a wide variety of things to do. It can be a good game to get younger kids into games, or a good game for older players to use there skills to make cool things on. The game will probably go on being good for a long time.
1386 0 Share
5.0 (1)