When you first enter the realm of SAO's Legend, you'll be greeted with the graphics. Although I can't say that it's "Amazing" or "Terrific", I did come to a conclusion that the graphic feels really smooth and is very good for a browser game. Especially in this game, where the developers intensified the skill animation, it makes the game in more addictive. The skills are pretty basic, but the animation and coloring makes up for the rather dull skills(You only get like 4-6 skills for the whole entire game).

The second that you will then see is the many icons in the game. It may look annoying and that the game is just out there to make some money out of you, it's not. Some of the applications may involve the transaction of money and stuff, but the rest are like FREE daily BONUSES. Yes, bonuses. Every single day you're getting more and more items and materials as you log-in to play. It's a good feeling to have to just log-in and be introduced with the statement "Collect this" and from there you'll be able to obtain so many stuff. 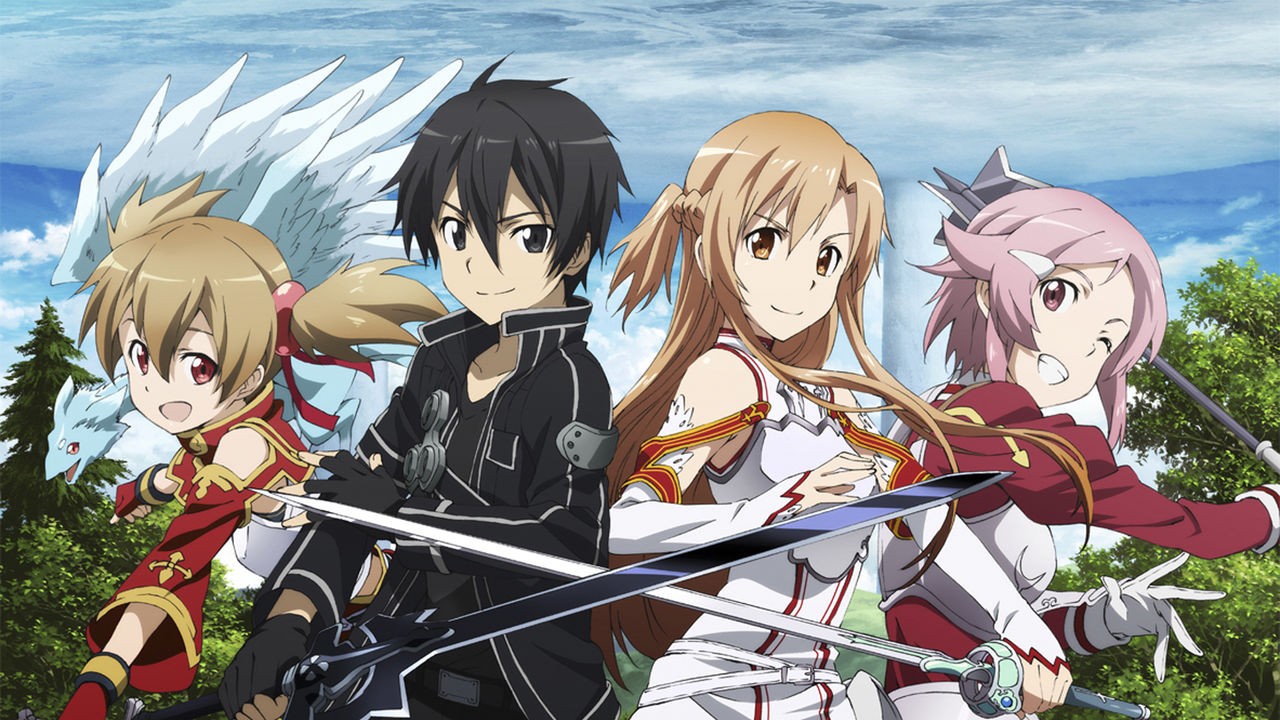 By playing this game you can get 100 Play
As you can already tell, this game was inspired of the Sword Art Online anime. To me, the anime was amazing, although Kirito might be over his head trying to snatch every single girl he sees. Well, back to the game, you can play as Kirito(Swordman), Sinon(Ranger), Sinon(Priest), or Heathcliff(Knight). [An Image of the classes will be posted at the bottom] Each class has their own significant skill and gameplay. Every class also have their own unique costumes that you can gain within the game. That's the part that I like the most, grinding in the game to equip my character with the best unique costume. However, some costume and items can only be given through purchase of it with premium currency within the game.

In addition, you can get yourself your very own Girlfriend (wink-wink) and your very own mount and pet. Your "Girlfriend" are used like "pets" in this game (not saying that your actual girlfriends are pets... please don't think that I believe in this kind of thing), but in the game your Girlfriend can attack and heal you. They can guard you and protect you, or even just for show because each girlfriends has their own unique type of costume. The mounts and pets are pretty basic to talk about. Simply the pet is use to assist you in battle, either giving enemies debuffs, attack them, or buffing your character. Mounts are use to increase your movement speed when you equip it. They may also have skills. Nevertheless, mounts are just use for a sense of fashion and power in the game.

100 Play
Now to round up what is in the game. Just like any other MMORPG, there are daily events, dungeons, and BOSSES. The daily events in this game are timed base, meaning they'll only happen at a specific time during the day. When attending these events make sure to know what is the server's time-zone, so you won't miss out on any events if you're in a different time zone. The dungeons have a daily limit of how much time you can clear it. You'll be able to loot many items in this dungeon, either equipment, enhancement items, and etc. The Bosses are also a daily event kind of thing. Bosses will spawn at the designated time and players will be required to kill it in order to gain the loot. There will be a ranking system of damage to represent what players will get.

Overall, this game is a pretty decent game to play if you wanna burn some time and have nothing else to do. I highly recommend this game to anyone with a poor system that can't run games that require download. This is one of the best MMORPG I've played on the browser.
3125 0 Share
5.0 (1)