Pokémon sword and shield were released in 2019 as the latest in a long line of RPG games. It is like every classic main series Pokémon game that meaning it is very much strategy based along with a large heaping of adventure, cute friends, rivals and mechanics. Today I will be reviewing the game as a whole as if I think it is worth it's the full price of a average switch game. Pokémon is no stranger to taking inspiration from the real world to make their regions. For the Gular region this inspiration came from the United kingdom and I have experience in the real world to say this aspect shines through in every location in the game. The environments are the most realistic and beautiful yet and very much paying respects to British culture. The mechanics also reflect this as you regain health by making curry with different ingredients which is one of my personal favourite minigames in the whole series of games. This game like all po0kemon games is family friendly fun for all ages. While there are less wild areas to explore the ones that are there do it justice and are much larger than other games. As for the actual Pokémon in these routes they are also very much inspired by animals you would find in Brittan. Many of them are very impressive or cute and do the game justice excluding a few Pokémon that miss the mark. However one thing I think this game truly excels in is their limited yet so captivating plot it is hard to place into words. While many in the fanbase think one of the rivals Hop is very similar to Hau from another game in the franchise I feel he is still unique and perfect and really encourages you to continue the game. However the other two rivals I feel are more interesting those being Marnie who has a wonderful design and plot and my favourite bede. Bede is somewhat of a anti-hero and has a unique and genderless design/appearance and which is very refreshing and unique and his team is also fun to fight against in my experiences. 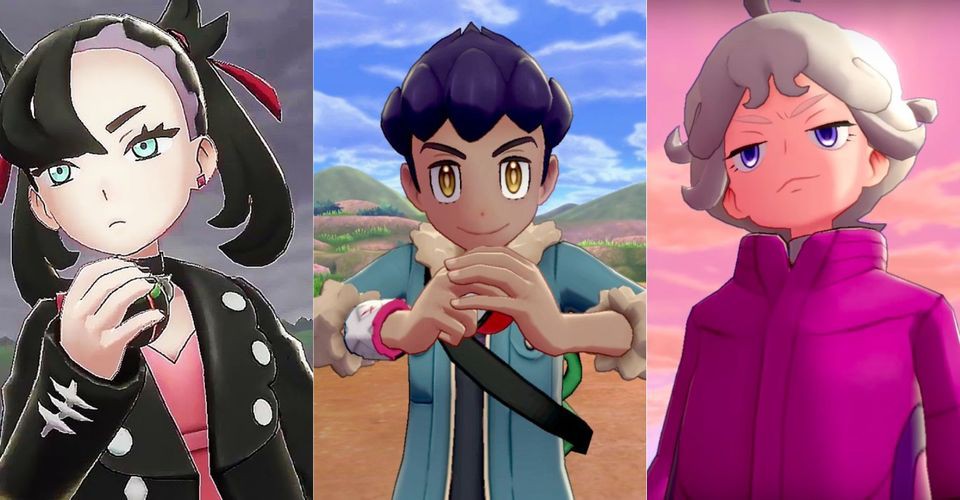 The gym leaders in this game are also tougher than the average Pokémon games as it progresses, this is especially seen for me in the form of the final gym leader Rihan with his weather mechanics as I actually lost the battle the first time round. Each one makes their gym challenge fun and exciting especially with the addition of Gigantamax and Dynamax Pokémon to add some thriller event to the battle. There are also edition special Pokémon, items and gym leaders which adds some reason to buy both versions. There is also a lot of post gameplay as you can build a online battle team trade online, partake in raids, shiny hunt and much more. While some games in this franchise may be better than others to some they have almost never made a bad game and this game is no different. It is hard to fit in all the details into this review however I feel the game is worth every penny and is a switch must have for any gamer into RPG's, even if you are not a Pokémon fanatic like me I doubt you will be disappointed.