What Naruto Online Has Reduced Itself To

Servers that aren't within the range of the first 20 servers made or the newest ones created have no chance of survival. A fine example of this is the individual that went by the in-game name, Agarthor, who played on s168 had been one of the top spenders on the game Naruto Online. The server merges had become fruitless as the number of people active on the server could no longer sustain itself to compete with other servers. Newer servers are filled with hopefuls, but they eventually reach the same struggle state as many before. The only servers that are secure are the very first few created, and it would be better if all the servers were combined in the first place, or perhaps a single server per region.

This was the start of my disappointment as I immersed myself into the game, knowing that I had to join a server with max levels, already with acquainted friendships and groups filled to the brim with high standards. 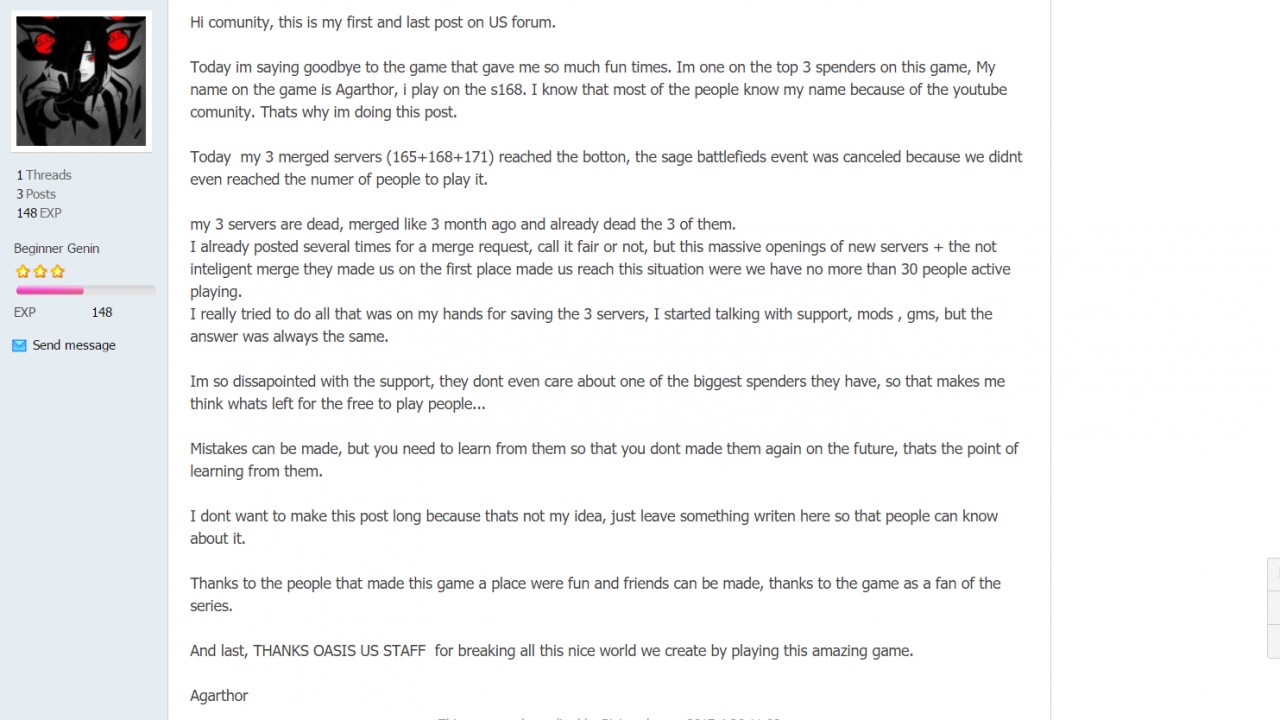 By playing this game you can get 100 Play
Naruto Online, despite allowing free to play, is clearly a pay to win game. They advertise rebates, rewards, and encourage more spending in order to ascend above others at a drastically large pace. Tendo Treasure and Five Kage Treasure are demonstrations of the need to buy seals scrolls to meet the rigged quota for the chance to get the ninja they desire.

I had created a character on s4 and tested to see if I could hold my own without paying. (The chunin medal is a reward for reaching a certain level, it lasts only 3 days.) I managed to reach level 48 with about 2 weeks of time spent leveling. The first few days were easy, I was skyrocketing to new heights every minute. Around level 40 it had slowed. I realized after attending events and try to compare myself to the level 90s, I stood no chance. First of all, the level difference made them curb stomp my character anyways, but I paid attention to the ninja they used and the medal next to their name. I looked at there profiles, did research, and confirmed my findings.

The top ten on the server of my choice had obviously paid to get the benefits of the Jonin Medal, which was a staggering advantage itself, but all the ninja they used in their lineups had to have been paid for. -I know what you're thinking if you know anything about the game, "You can't buy ninja outright!" Ingots bought with real life money allows just that.

I knew that the moment I signed up and entered a server, I stood no chance against the pay to win mechanics that had taken over this game and many others. 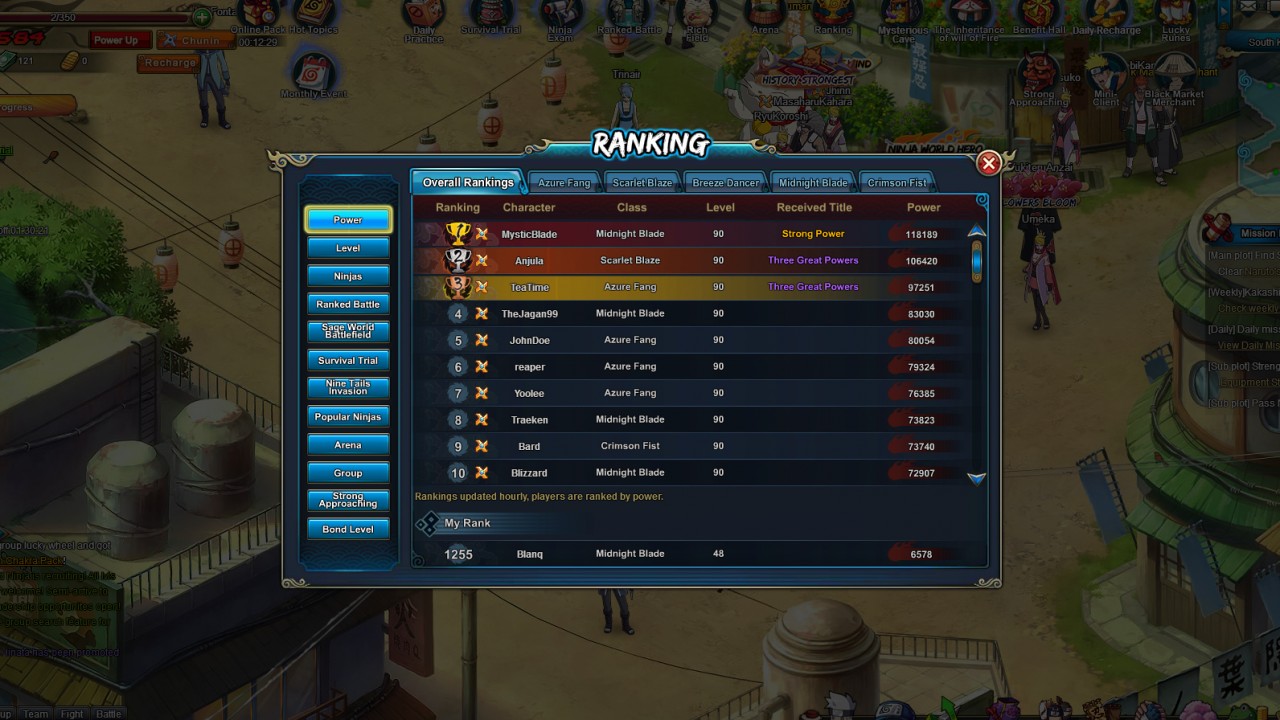 100 Play
To conclude, the game is although enjoyable, certain factors limit the experience in which players go through. The company, Oasis, leaves the game Naruto Online with a lot more to be desired. Perhaps with a few more changes, growth, balance, and expanding amount of players could be seen in the future.

In summary, the game follows the storyline of Naruto and brings the player along. The mechanics of quests and daily/weekly missions have entrancing qualities that fuel the need to come back everyday to play more. Interaction with other players intertwines many in to forming bonds with others over the mutual game. Events and rankings encourage competitive nature among players in the thirst to reach the top.

It involves strategy, plot, competition, friendship, and more. I find that it was an addicting experience, and I might just play Naruto Online again.
4855 0 Share
5.0 (1)