Be the King of the Pirates in One Piece

The first thing we do to start our adventure in One Piece 2 Pirate Kings is to select our character among different options.

The animations of the abilities are very well done and the system of companions is really balanced, One Piece 2 Pirate Kings is a quite extensive game since it includes characters from the first that appeared in the series of One Piece until those that appear in the chapters newer.

Usually, many of these games do not have that option. In addition, this game also gives the option to play in PVE areas.

One of the aspects that would change to this game is to have an option to enable and disable the option of automatic battles, that unfortunately is always activated in battle 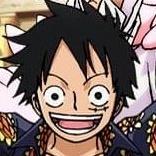 This game is one of the best, as it makes a perfect combination of the history of One Piece along with a very good character design, the only thing that would lack improvement is its soundtrack which is not very good quality compared to The quality of character designs and battlefields.

Personally, I recommend giving One Piece 2 Pirate Kings a chance and play it a couple of times, even if you are not a fan of the anime series, this game may come to like you.