Rise of Dragons is an interesting game with plenty of in-game options. Your offered 3 different choices for what kind of character you want to be with both male and female options. The wide range of characters and monster is really outstanding considering it's a pc game. I've never played an MMO game before Rise of Dragons, but I can assure you that I fully enjoy all it has to offer. Leveling up is relatively easy and quests are enjoyable. The storyline is relatively good considering the many quest options and the wide variety of characters you meet. When you first start playing, it offers you a chance to make a name, although it's randomized. You also get to pick your character. Rise of Dragons is similar to Dragon Lord, with the same concept. It does not offer you currency that you are allowed to spend, as far as I know, I am only on level 74. I find it very fun, yet not time-consuming enough. The quests can all be completed rather quickly and you earn a lot of XP from quests. I can say that I have in fact fell in love with this game.

Rise of Dragons offers a mythical-like setting with well thought out gameplay and quests. If you're into the magical world of things, this game is for you. I highly recommend it to anyone who also likes Harry Potter. I have become a big fan of both having my character fight herself and watching, and also choosing how she fights. Many people have asked me about the game and say they enjoy it as well. In the game, you are even allowed a horse like creature to ride. I find the game very creative, fun and interesting. I read everything that the quest tells me and I enjoy discovering new things you can do in the game. I enjoy meeting new characters and understanding the quests they give is relatively simple. At times the game can be rather slow, although I'm not entirely sure if it's the game itself or my computer. Rise of Dragons has brought me into a fantasy world that's both fascinating and enlightening. Im grateful that I can earn things by playing this game and even without earning anything, I would still play this game. 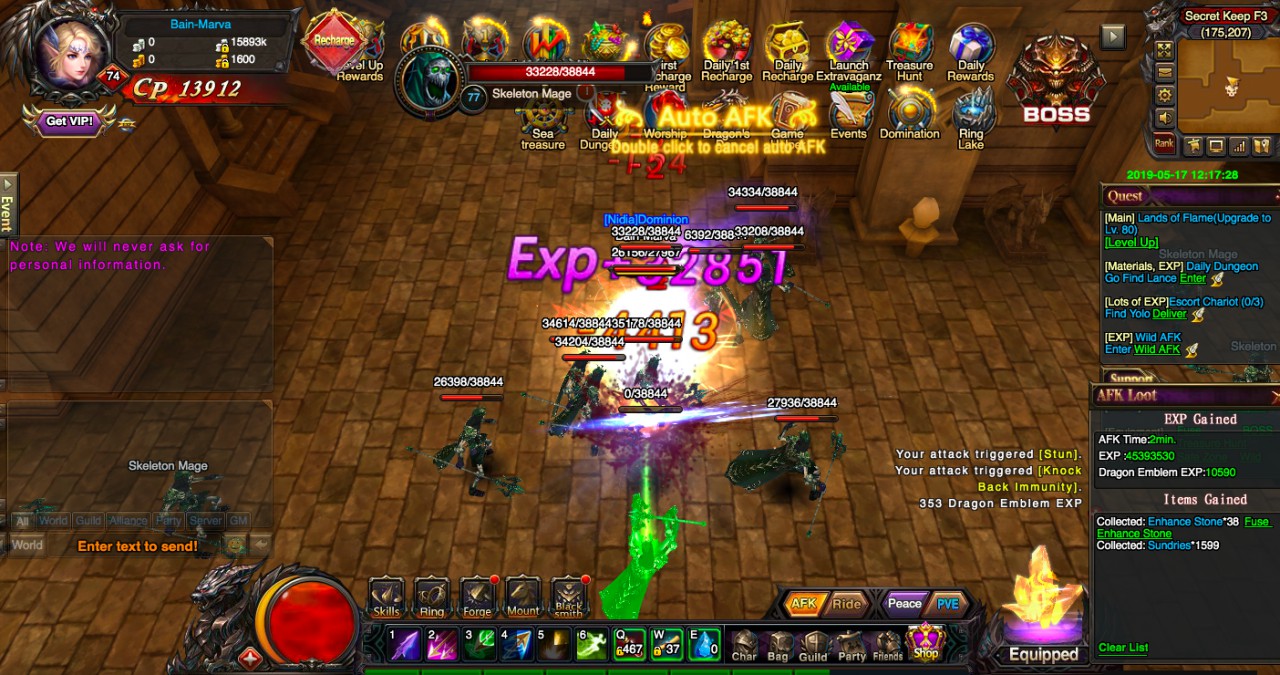 Finally, I can say that Rise of Dragons has pushed past what I originally thought was going to turn into a long-drawn out game with no context. Instead, the game made me change my entire prospective on it and made me realize that It's a full-fledged game, just like something you'd play on an Xbox or PlayStation. I'm happy to say that this game brought me a lot of joy during my downtime and I fully enjoyed all the game had to offer. Rise of Dragons did have an option for VIP, although this might be worth it for some, I enjoyed playing it without VIP. There are many daily rewards you can receive and it offers a great gameplay experience if you don't have a console. I enjoyed every single aspect of the game that it had. Between the characters, the fights, and the quests. Everything was enjoyable and fascinating. I recommend this game to anyone and everyone whether you've played something like this before or not, I'm sure you will like it. Lastly, I want to say that I will continue playing the game even after all my quests have been completed for Bananatic as it's just that much fun.