This game features many playable players along with many AI players you will meet and quest for throughout the game, here is a list of the main characters you will play and meet throughout the world:
(Let me know in the comments on who your favourite Character is)
Kirito - This is the hero of the Sword Art Online and I would suggest picking him due to his dual wield ability's.
Asuna
LeafaSinon
Heathcliff
Oberon
Sterben
Red-Eyed XaXa
Spiegel
Johnny Black
Thrym
Yui
Klein
Silica
Yuuki
Agil
Sachi
Vassago Casals
Kuradeel
Sakuya
Recon
Eugene
Alice Zuberg
Eugeo
Silver Crow
Philia
Strea
Rain
Sumeragi
There is many more characters you will come to meet but they are the main AI and playable characters that effect your story. All players are fictional and they claim that they are not based on real life players. 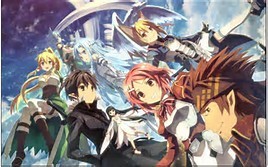 By playing this game you can get 100 Play
Before playing this browser game i would highly recommend watching the whole series of SAO!
Here is a List of all episodes that the game is based about...
Series 1:
1. The World of Swords
2. Beater
3. The Red-Nosed Reindeer
4. The Black Swordsman
5. A Crime Within The Walls
6. Illusionary Avenger
7. The Warmth of the Heart
8. Black and White Sword Dance
9. The Blue-Eyed Demon
10. Crimson Killing Intent
11. The Girl of the Morning Dew
12. Yui's Heart
13. Edge of Hell's Abyss
14. The End of the World
15. Return
16. Land of Fairies
17. The Captive Queen
18. To the World Tree
19. Ruger Corridor
20. General of the Blazing Flames
21. The Truth Behind Alfheim
22. Grand Quest
23. Bonds
24. Gilded Hero
25. The World Seed
The next series of sword art online is slightly different, It is set in the year 2024, 2years after the first series however instead of being trapped inside a VR mmorpg game where if you die in the game you die IRL, this series is about a different game that the main character kurito has entered. This is a focus on a FPS game similar to battle royal where they use Guns in a hunger game style battle where the main character must beat a cheater of the game. 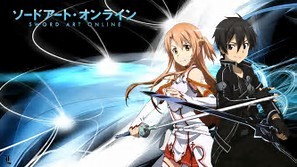 100 Play
SAO has always been my favourite anime to watch and I am very hyped fro the new season coming soon:
This game features your favourite characters from the series and you can play as a few, my favourite is obviously the one and only kirito who with his dual wield can take on anyone!
This site game is recommended for many people as it is a web browser game so no stupid downloads needed and its not pay to win which I like although there is 1 serious problem with this game...
The game does it for you... unless you choose manual playing, the game will move your character around the world and complete missions, although I enjoy this as its quick it is less fun although good for afk moments although to complete quests you need to manually click done and accept. Some people enjoy this some don't...

Overall I love this game and have already spent over 20hours playing this and I hope to come across you guys in the world...