My Current Problems with TF2

After over 2000 hours in Team Fortress 2 I can certainly say that TF2 is a great game, but it is not in a good state. The introduction of competitive was done poorly. It would take too long to join a match and whenever someone left the game any progress made in the match would be lost wasting time for the team that would have won. The casual game remains mostly the same but except for when many players leave on the same team it will take quite a while until those slots are full and joining a game when the its 10 seconds away from ending. The Team Fortress could easily fix the problem of joining a finished game by giving the player the option to join a game that is already in progress, or join a game from the beginning. With the TF2 team being as small as it is it might take a while for these fixes to be added but hopefully they are listening to the community and what they need to do to improve their game. 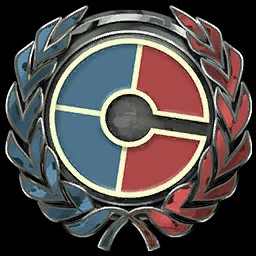 By playing this game you can get 100 Play
As the TF team tries to balance the game around competitive there is one problem that needs to be fixed that would make the game enjoyable for both competitive and casual players, hit detection on fire. The Pyro's flame thrower hit detection is unbearable for the people using it and the people being set on fire. The reason the flamethrower is an annoying weapon to use and play against is because its range is random depending on the player's ping. The flamethrower's range is not shown accurately from the flame that comes out, instead it randomly spews out invisible cubes that once they hit an enemy player will light them on fire. They only way I could think to fix this problem is to remove the invisible cube detection to instead giving the flame thrower a cone with a specific size and any players that are in the cone will be lit on fire. 100 Play
My final and biggest problem with Team Fortress 2 is the small development team size. Because Valve employees can join, work on, and leave a project at anytime employees might want to quit what they are doing and move on to the next big thing. This ends up leaving the TF2 dev team where is now with only about 16 people working on the game (not all programmers). Because of the small size players can go months or even a year in some cases without any major update to the game making it stale for players. I don't see the team getting any bigger, I can only see it getting smaller. They only way I think the team could get substantially bigger is if the dev team asked higher ups to hire people specifically to work on TF2, but I couldn't see valve doing that ever. So the team will stay as it is now for a while bu hopefully more people will want to work on the game.
1717 0 Share
5.0 (1)