Tutorial on how to begin

When you first start off, everything can be abit confusing. Just remain calm and don't rage quit just yet. The first thing you are going to want to do is get resource gathering up and running. Head over to Facilities and build a Hassium Refinery. It will take several minutes to complete so check out the other tabs in the game. You will need them later. Up next you are going to want to Click Home-world tab and click on the Research. Then research Improved Home-world Mining. It will take a little over ten minutes to complete so go ahead and check some more tabs in the game (Outposts, Alliances, etc.) Up next go to the Development tab and order a Basic Outpost. Then head over to the Production tab and order a Prospector Ship to scout out surrounding planets. Head over to the Galaxy Map and open your home-world sector. Scout out an adjacent planet with your Prospector. Once you have done that you have the basics for Base building done. 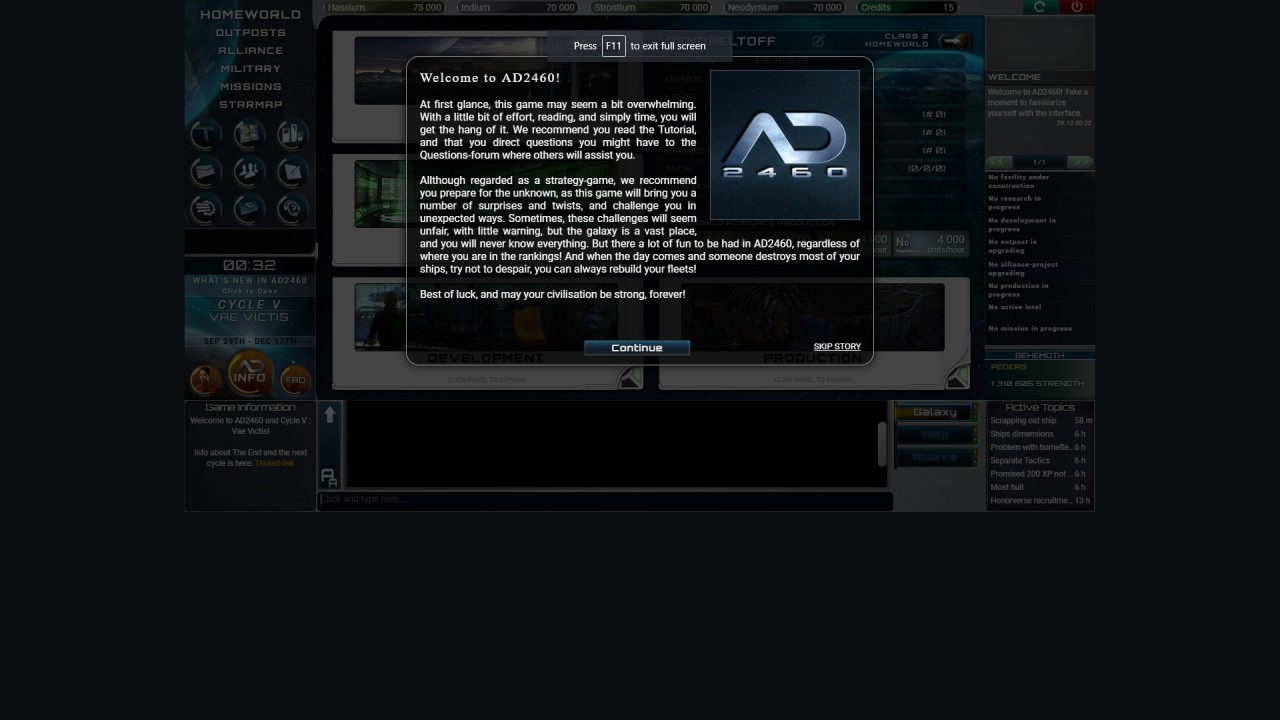 By playing this game you can get 100 Play
Once you have done all of that, head over to the Military tab and click on Fleet Management. Move the three ships you have in orbit around your homeworld into a new fleet. You'll need them for later. Head back to the Homeworld tab and click on the Development tab and research Scout Ship Design. After that is completed build a Scout Ship. Click on the Missions tab and click on The First Steps missions. Click on The Missing Frigate mission and allocate your new Scout Ship and begin the mission. It will take two minutes to complete so be patient and wait. After its completed you will get a reward and can begin the second mission. Before we do that, head back to the Homeworld tab and click on the Facilities tab and build the Intelligence Branch. Head back to the Missions tab and begin the second mission. That's some of the basics of the Military and Mission tabs. 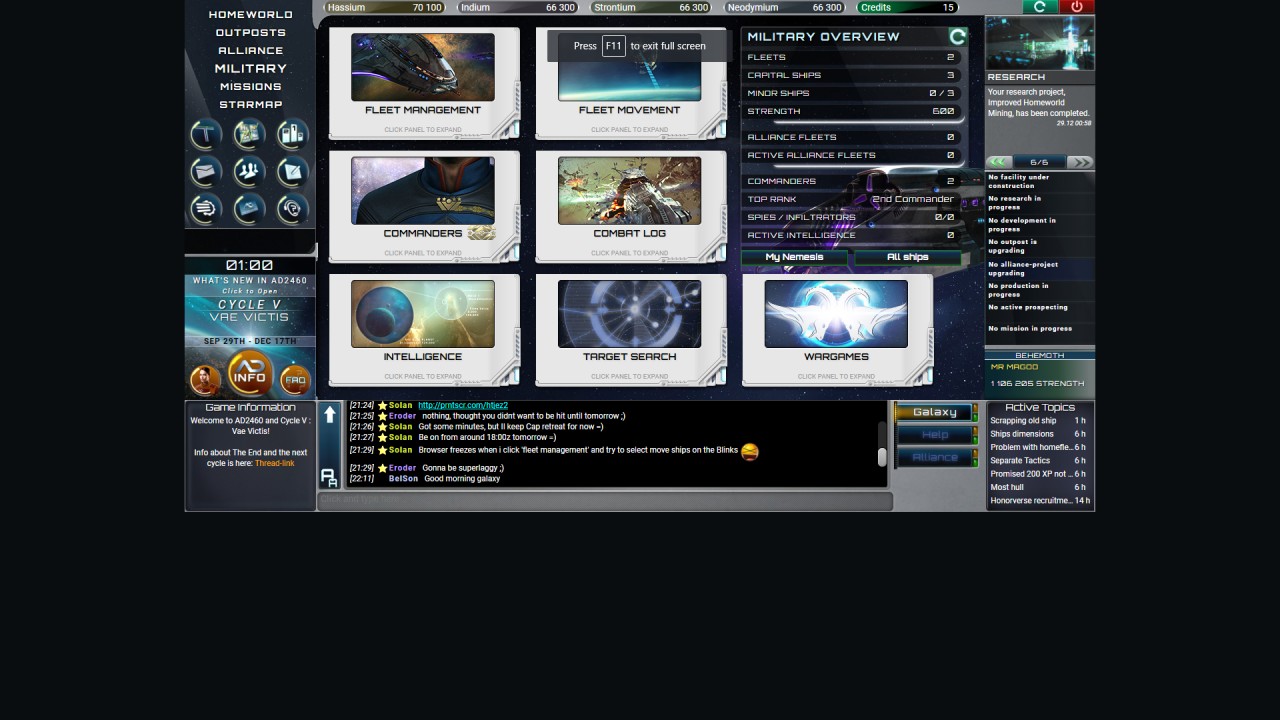 100 Play
I hope you found this quick tutorial useful and informative if you are new to the game. Thank you so much for taking the time to read it. this game really is fun and entertaining if you don't mind the time consumption, resource management, being attacked by enemy players and effort it takes to be successful in it. Make sure you ally with as many people as possible and manage your resources well, because other players are just waiting for weakness to show. Don't forget to research as many things as possible and upgrade everything you can on your Homeworld. Build a massive fleet and dominate this universe or be peaceful and seek out a way to bring peace to all players. I don't know how much else I can say here other than to enjoy the game and have fun. Well thanks again for reading it and I hope you enjoy the game.
1209 0 Share
5.0 (1)