Miitopia 3Ds review, Worth the cash?

Miitopia was originally for the 3Ds but is being or currently imported to the Nintendo switch. It is the sequel to the previous game called tomodachi life that was also for the 3Ds, the game is an rpg inspired adventure/battle fusion that is good for all ages but more suited to those of early teens and below as it can be a bit boring for older ages. In this review I will share my opinions on the game as a whole as well as the mechanisms of the game as well as the good parts and the parts that need working on. Keep in mind however I will be reviewing this based on the 3Ds version of the game so there may be a slight difference or update on the switch version respectively. The game is naturally based of you creating your own mii’s however you can also select then from your mii maker or a given roaster of already created sprites form the community, this is a good add-on as it can save time in the starting up phase of the game, which in this case is long enough as it is already. You then get to choose your weapon class from an original six choices; however you do get more as the game progresses. Each class has its own attacks, outfits and weapons respectively but is not affected however by the next point we will discuss personality. You can choose from a limited list of personality options for your avatars each coming with a positive quirk that can help in battle and a negative one. I feel this while an interesting mechanic may have been a missed opportunity to specialise the characters even more by giving then unique attacks for personality in their respective weapon class. When the game actually kicks off it is a very simplistic yet aesthetically appealing design that is easy to understand and play however getting slightly repetitive as you continue to play. You can boost the stats of the characters by getting money and unlocking new clothes/weapons and by feeding them food you gain from killing enemies in battle. This is another benefit of the game as it adds something new to collect and discover, the plot is simple yet still somewhat endearing. 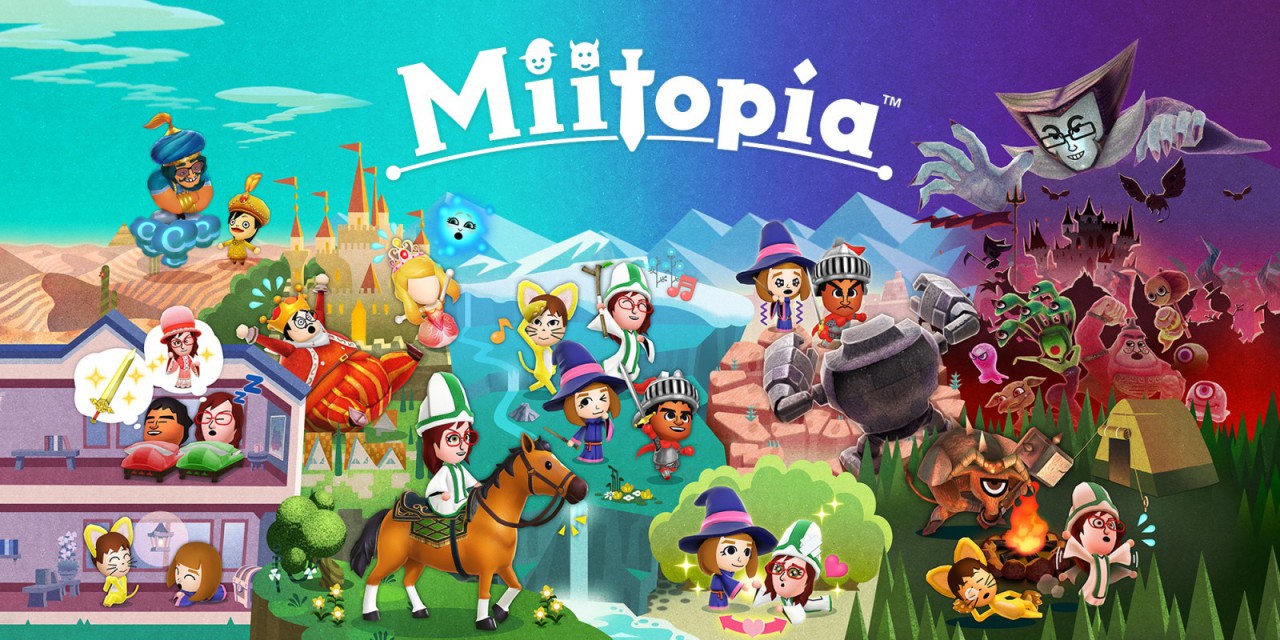 There is however quite a few downsides to this game. The option for auto play and a run button is heavily appreciated however it also does everything for you so takes a lot of the fun out of the game instead of just simply speeding it up. There is a similar issue with the battle helpers in the form of the HP, magic, life, shield, and hyper sprinkles respectively. While limited they are often still in abundance and combining them with healing spells or stat boosting tricks in the right hands of an experienced player it can make the game easy to the point of boredom. There is also the point of while there is unique clothing for all the classes the patterns of the robes are reused for each weapon class which does allow for a matching character set it also detracts from the variety of the game somewhat. In my humble opinion Miitopia is a mixed bag that while it can be enjoyed by adults is ideally for tweens and under or very new and inexperienced gamers, I would not be willing to pay full price personally as their original tomodachi life was much more worth the money in my opinion however if there is ever a sale in the future and simple RPG games are for you it would be a solid game to add to your arsenal.