The fun I had with Aion

Aion is an MMORPG similar to other MMORPGs like WoW and the likes. Over the years I've put in many hours on both official and private servers and made many friends. When I first started playing I really enjoyed the real sense of progress, exploration and achievement, but what really impressed me was the 3D environment. Unlike other MMORPGs where the world is 3D but the mechanics are (were at the time) 2D, meaning you could only get attacked from front, back left or right. In Aion you have levels, and you can attack, be attacked and also run in all directions including above and below. This proved to be extremely fun and also challenging. I remember dreaming of getting better wings so I could go to the fire planet in the center of the PvP zone. I really cant explain how revolutional that game was on release date. It was everything we wanted and then some. It had beautiful character design, great looking and well thought out skills and equipment, a good player base, great PvE and even greater PvP. Everything you need in an MMORPG 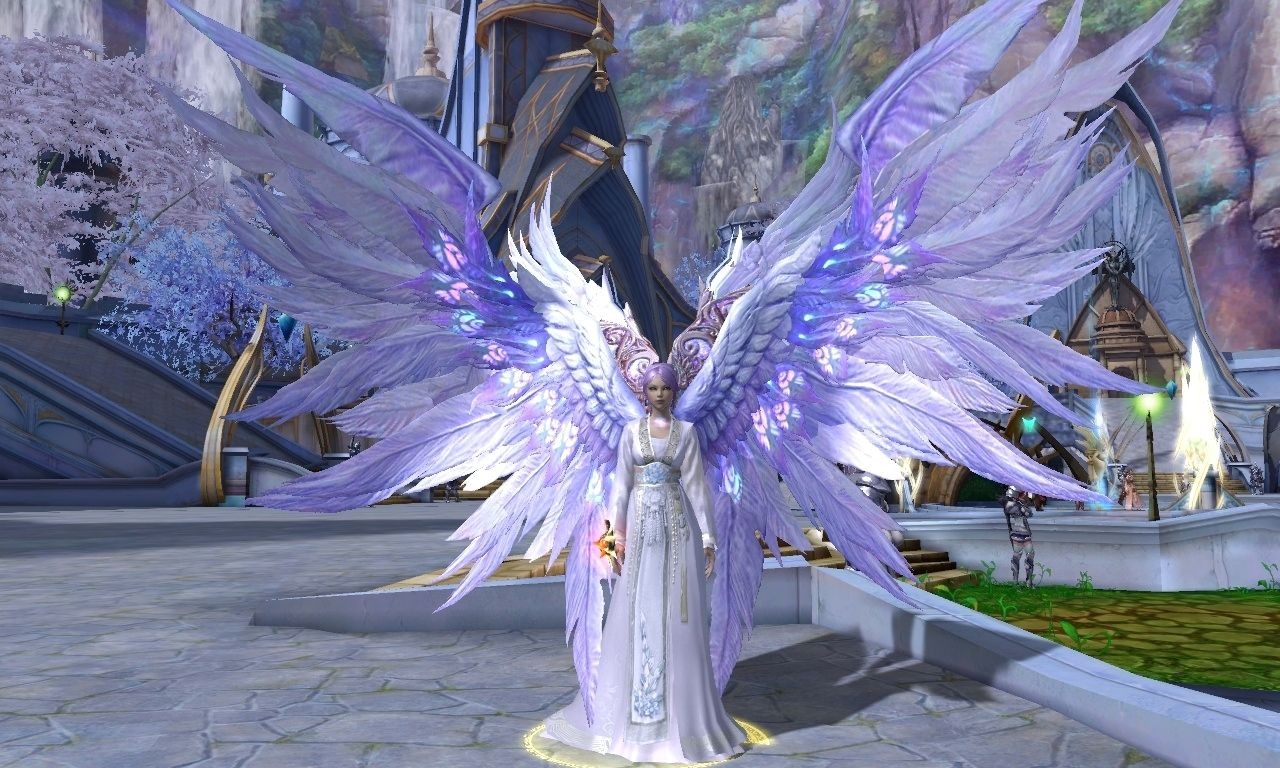 Just look at these wings they are amazing aren't they? And I think this is an important thing missing in many MMORPGs - aesthetic and beautiful design. The only thing I wish to see in Aion is skillshot aiming like in newer MMORPGs like Tera. But even with locked skill aim, skill really plays a role here, as I've seen a person with no armor beat a fully geared guy in a duel, which is really astonishing considering they were both max level. I've seen a guy with low tier gear tank better than people with the latest tier and so on and so forth. Crafting is very interesting and rewarding, skills are very complex and not just hard hitting spells. I remember being able to outdo even the worst matchups as a spiritmaster with clever use non-meta skills which caught a lot of people off guard and thus helped me defeat them. I also remember myself being beaten with these techniques many, many times until I learned to anticipate them and counter them - a very long and hard process, but also very rewarding.

One of my favorite concepts in any MMORPG is the broker, in every MMORPG I've played I follow the prices and memorise them, and check every day to see if the price is good for buying. Sometimes I would even buyout all the listings of a popular item multiple times a day and thus starve the market and amas a great amount, then I'd start selling at super high prices and make huge profits. You can also read the korean forums and see which items will become easier to farm on next patch, and which ingredients will be really expensive.

And let's face it - being rich is good even in a game. And all this experience in the broker is actually helpful and relevant in real world trading and business, but let's not get into that. To be honest I haven't played Aion in a while, but I think when my uni exams are over it's time to call my old buddies and go at it again playing from dusk till dawn and devising new strategies for both PvP and the latest PvE encounters. I can't wait for all the loot. See you guys in game.