The other new mechanic is “slingloading”—suspending heavy loads beneath a chopper—which has actually been available as a community-made mod for some time now. The official version is much smoother, though, with nicely animated rigging ropes and fluid-body physics allowing crates to swing up and out as I change direction. Perhaps my favorite part of this DLC is the improved helicopter damage modeling, which makes even extreme crashes much more survivable. Clipping a tree or lightpole with your main rotor will snap it off—previous incarnations of this damage model simply made you explode. High-speed runner landings are also possible now (again: previously, you’d just explode), which makes losing the tail rotor is now one emergency landing away from an awesome story. For large-scale multiplayer operations, having a damaged helicopter and stranded flight crew is mechanically much more interesting than a fireball and a respawn. Rescue missions can now happen organically, wherever and whenever a pilot makes a whoopsie. 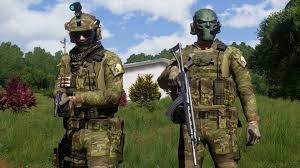 By playing this game you can get 100 Play
So the new flight model has more detailed controls, but is the modeling any good? Well, yeah—depending on what you mean by good. To be clear, hours flown in Arma won’t count toward your helicopter pilot’s license. This is not a reality-standard physics simulation. You can move in some ways that real helicopters can’t, ways which other helicopter sims won’t let you get away with. The vortex ring state, a deadly feedback loop of choppy air caused by fast descent, is still not a problem Arma pilots can run into.

All of those caveats aside: yes, the physics is great for a flight sim newbie or an Arma pilot looking for the next challenge. I specifically enjoy that the weight of troops and equipment affects my hover threshold, and I can feel the aircraft getting lighter as each heavily equipped soldier hops off. I curse the name of strong ocean crossbreezes, and trying to fly a jeep to a canyon FOB made me sweat like a Sriracha enema. 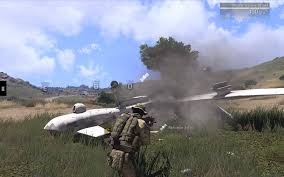 100 Play
The damage model needs one big improvement, however: being upside-down causes an instant explosion. Surviving a crash landing only to slowly tip over and detonate is frustrating and ridiculous, as though Arma is set not in the near future, but on the set of a 1980s action movie. For all the ways that helicopters have become more robust and realistic in this DLC, this specific fragility is really annoying. Fresh blood
Advertisement

Three new helicopters have been added to the game. The smallest, the M900, is a barebones civilian version of the AH-9 Littlebird, and doesn’t really add much to the game. It’s light and has quick controls that might be a good way to introduce a new pilot to the advanced flight model, but I didn’t feel much of a difference between the M900 and the AH-9. If anything, I think it may be a nod to Bohemia’s game Take On Helicopters, which ran on a version of the advanced flight model back in 2011.
1082 0 Share
5.0 (1)