A Whole Lot of Clicking

Bleach Online overall is a decent game. You do quests, earn allies, and fight people. Most of the game can be played without much thought: battles are automatic and hyperlinks allow you to play through quests. Often bold displays tell you how to continue on. You don't really have to understand or care for the plot to continue on. I like it because its quick easy and a little entertaining.

Bleach Online is a role-playing game: which means you create your own custom character in the Bleach world, choose their gender and class, and level and power them up. Characters learn new moves, gain new items, and capture souls in the human realm.

Along the way, you find different companions to fight alongside you from the Bleach universe. Main characters such as Ichigo and Rukia help you along the way, and if you have a favourite character in the Bleach world- its probably in the game.

By playing this game you can get 100 Play
There are some kind of weird aspects to the game. You can beat other characters and make them your "slaves". Whatever that means. There is a decent amount of weird fanservice, and you can change out your girlfriends throughout the game. You upgrade your girlfriend by saving up bikinis. Yes. bikinis.

The loading screen has some "interesting" views of some female Bleach characters. To be fair, the Bleach anime and manga are kind of made purposefully for teen guys and there's a lot of fanservice in them. 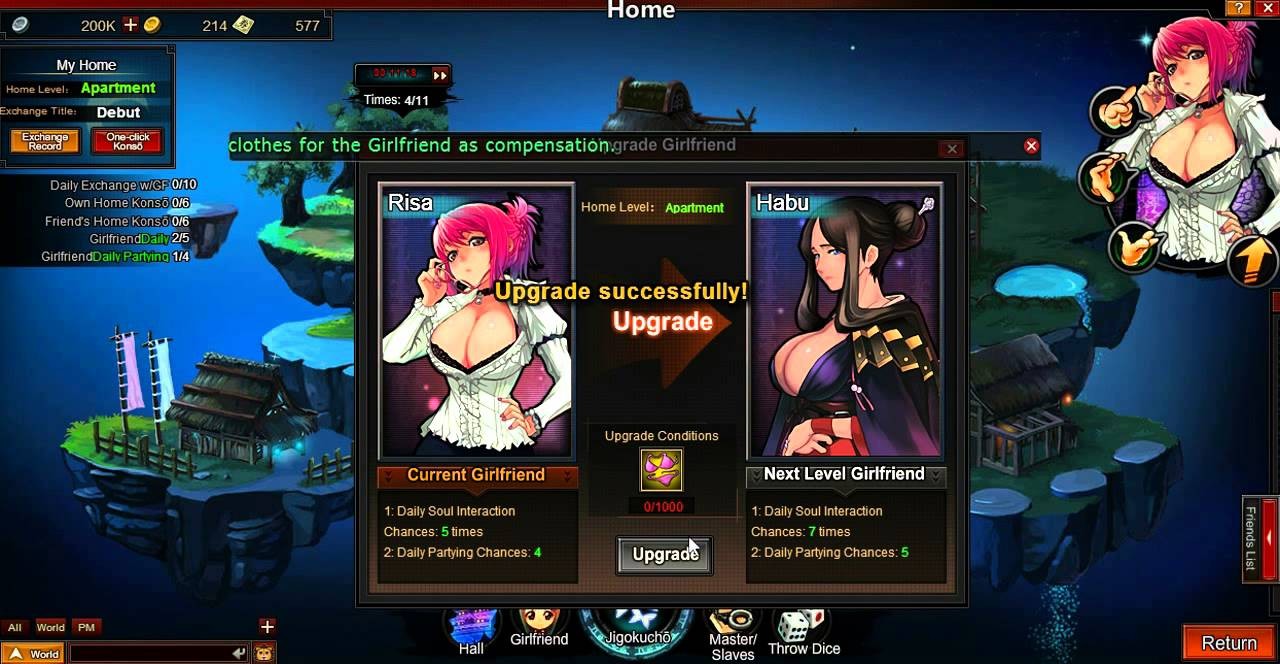 100 Play
Overall, this is the first game I've tried via bananatic. Its a fun, quick, and casual game experience that is easy to sign up for. There are plenty of other people online, and you can connect to servers across the world. If you like Bleach or just like RPGs, its not a bad choice.

Its fun and easy to level up, and watching the in fight animations is pretty entertaining. Characters can surprise you with different techniques in battle.

One tip- make sure to format your troops and consistently upgrade and add items to each of them. This is the most efficient way to ensure victory and max out on your overall team strength.

Fighting against the AI in the game doesn't tend to be difficult, but it is important to take care of your strength when it comes to competing against other players.