What's the story behind the Gta V characters? (The story)

If you haven't hear of Gta V (We all know what it is.) It's a open world game where you can explore Los Santos, It's like Los Angeles. And you play as the tree characters: Trevor, Michael, and of course Franklin. Michael is the richest of them all, lives in Los Santos in a luxurious house. Franklin lives with his roomate "Aunt Denise." And Trevor lives on the countryside. with his friends. Wade Helbert and Ron Jakowski, But... What's their story from the past? and Franklin is the only one that is young and all of the other playable characters is older than him? And some other useless information, if you want to know their past, scroll down. Because i've wrote it down there. Gta V where one of the most best selling games in the United Kingdom and United states. I wonder where gta IV is. the game lasts for about 10 hours (In storymode.) And Gta V became even more popular because of the online mode that came out 1 year later. Now Rockstar works on Gta online. Well they used alot of time on Red Dead Redemtion. Before Michael and Trevor moved to Los Santos, They where still robbers. But they lived in Ludendorff, North Yankton in 2004, before they moved to Los Santos. They had some some other robbers with them, Brad Snitcher. It didn't go so well with Brad. He got shot and where sent to the hospital and where there for years. michael met a women named Amanda De Santa (They the other name up) . And both of them decided to move to Los Santos. Because of the weather. And Michael got to children named: Tracey De Santa, and James De Santa. 9 years later both Trevor and Michael Lives in Los Santos. So Franklin Grew up in Los Santos.And now he works on a car store in Los Santos, his boss is Simeon Yetarian. He owned a car bussiness. So Franklin got a job from Simeon to go to someone's house to get their Yellow car. But the house turned out to be Michael's. Without knowing Michael was in the back seat the whole time. And made Franklin destroy the car store. And now you get the choice to play as Michael. 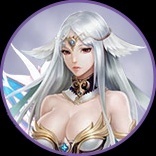 Oh, and i forgot to mention the other NPC's in the game. Franklin has some friends or Homies or whatever named Lamar I don't want to call him lama because that's just pointless. And the Ex to Franklin named: Tanisha Jackson. Is she one of the sisters to Michael Jackson? wait.... is Michael Michael Jackson? Ok forget that umm. And Lester is one of the hackers that help Michael and Trevor and Franklin to rob places. So umm okay. Patricia which is Trevor's mom, and Trevor acts like a baby in front of her. which is um, pretty wierd when you play or watch the clips of it. Back to the storyline of Storymode. So Michael gets back home and gets angry on his son James because he plays on the Tv all day. So he litteraly crushes the Tv. And takes the son out to the beach, Which soon Michael finds out that his daughter Tracey Sexually dances for some dudes. And Michael dives to the boat and kills one of them. And it's a mini game where you need to run away from them or just shot them to death.

Thanks for reading. Bye reader.

You can go now.